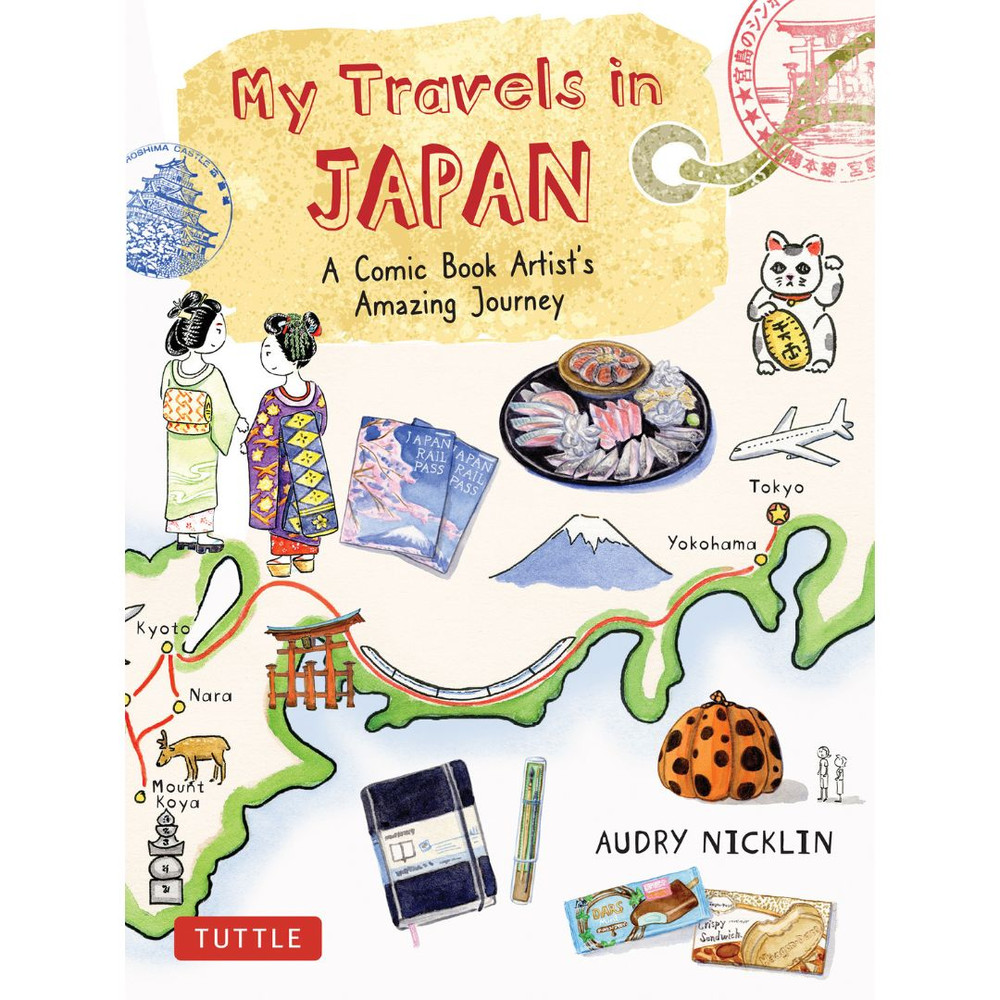 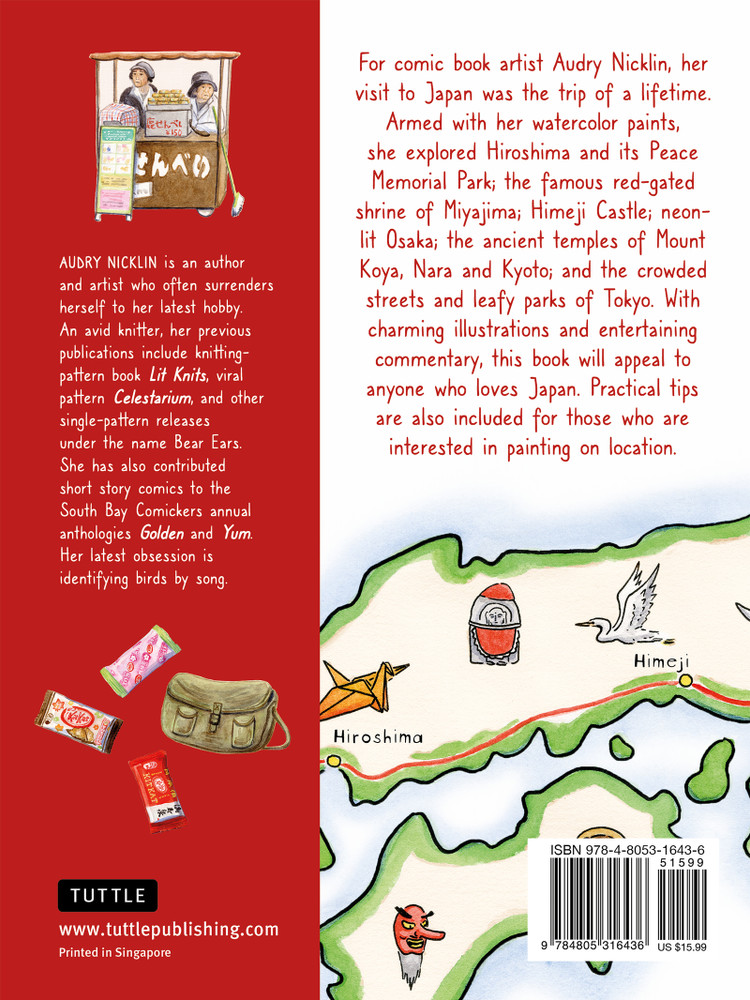 A charming guide to Japan in comic-book form!

For comic-book artist Audry Nicklin, her visit to Japan was the trip of a lifetime. However, she only had ten days to see everything she had dreamed of! Armed with her watercolors and accompanied by her husband, Connor, she explored Hiroshima and its Peace Memorial Park; the famous red-gated shrine at Miyajima; Himeji Castle; neon-lit Osaka; the ancient temples of Mount Koya, Nara, and Kyoto; and the crowded streets and leafy parks of Tokyo.

The highlights of Audry's grand tour of Japan include:

With cute illustrations and entertaining commentary from the artist, this book will appeal to manga fans and anyone who loves Japan. Practical tips are included for those interested in painting on location.


About the Author:
Audry Nicklin lives in Kentucky and is an author, artist and avid knitter. She has contributed short comics to the South Bay Comickers anthologies Golden and Yum. She has also authored the knitting pattern book Lit Knits and the viral the knitting pattern "Celestarium" and other single-pattern releases under the name "Bear Ears." Her new obsession is identifying birds by their song.