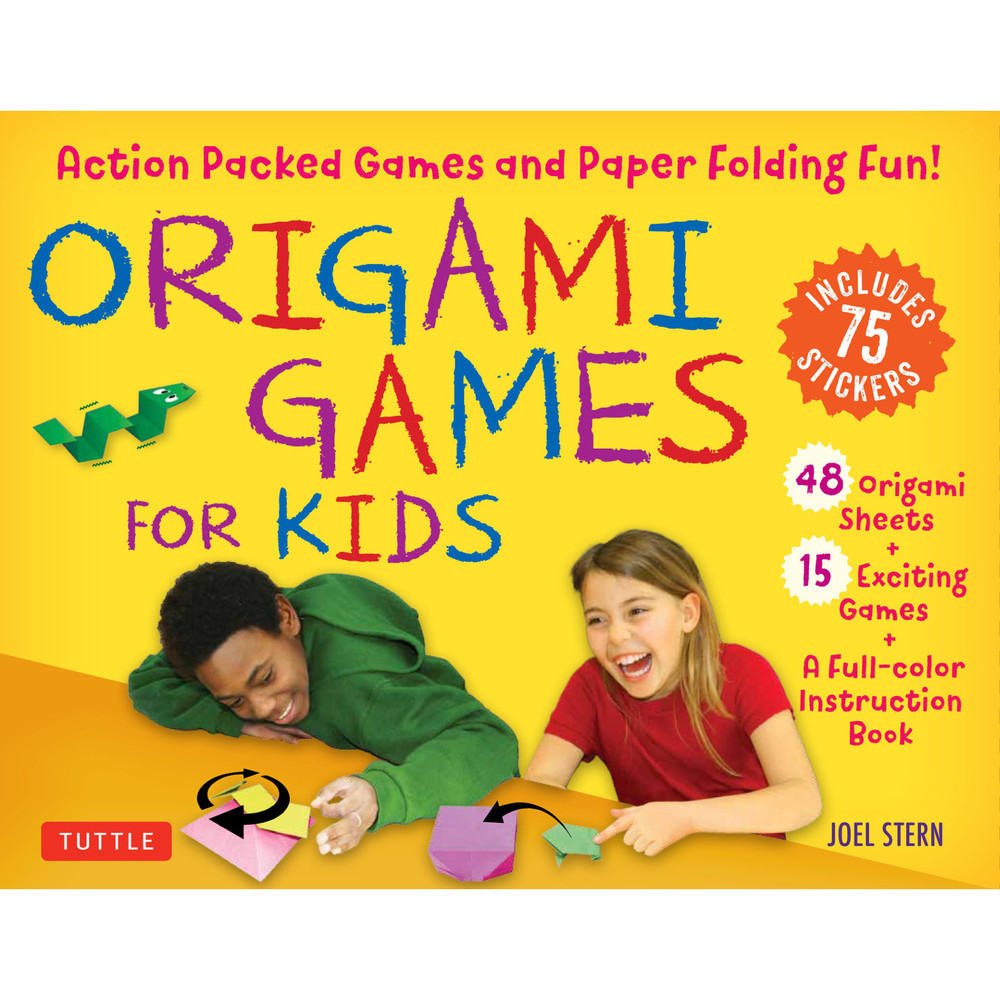 Learning to fold simple paper models is just the beginning in Origami Games for Kids! Children of all ages can enjoy playing 15 interactive games with their finished origami crafts. The paper models can be used to play 15 simple but highly entertaining games that will keep children engaged for hours, and allow them to collaborate as well as compete.

Everything you need is in this box--a full-color instruction book, 48 sheets of high-quality folding papers, and 75 stickers to decorate the finished models.

It only takes a minute or two to fold up each game piece, and then you can use them to play the following exciting games: These games will appeal to kids of all ages and personalities. Beyond having fun, origami engages children's minds with the physical world--allowing them to make discoveries and solve problems. Research shows that origami stimulates the logical and creative sides of the brain, so both zones are actively engaged when folding. It also teaches the basics of geometry and has concrete benefits for developing minds.

Whether at home, at a birthday party, on vacation, or in the classroom, Origami Games for Kids Kit will provide hours of creative, hands-on fun for everyone!


About the Author:
Joel Stern is the best-selling author of My First Origami Kit and Origami City. He conducts origami workshops for kids of all ages in camps, schools, community centers and libraries. Joel is an administrator for OrigamiUSA and Pacific Ocean Paperfolders and was the chairman of the 2017 Pacific Coast Origami Convention. His folded and pop-up paper creations have been exhibited in the U.S., Japan and Israel.