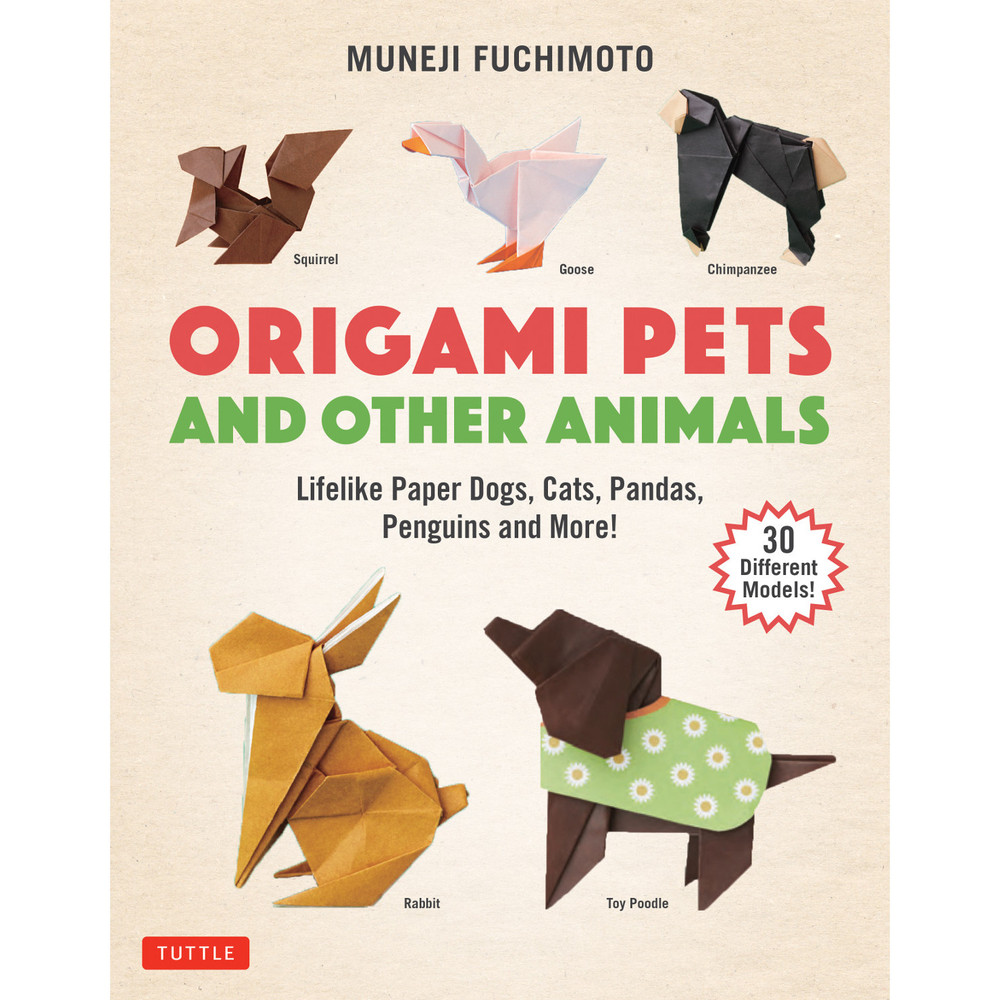 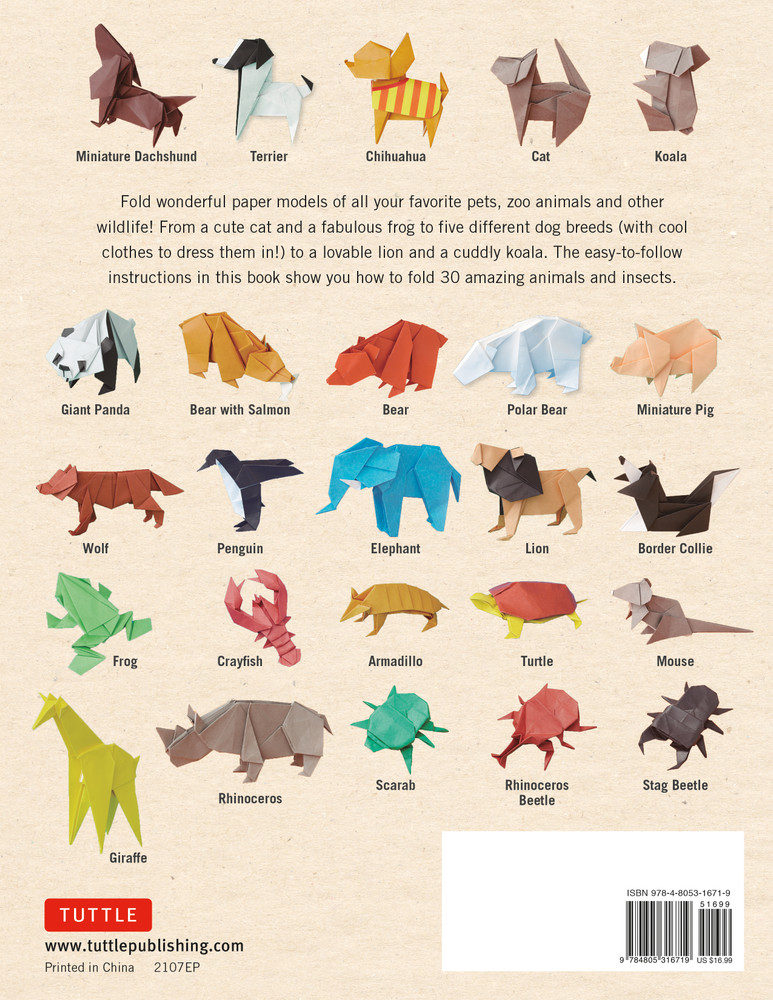 This exciting book shows you how to fold realistic models of your favorite pets, zoo animals and other wildlife!

Master origami designer Muneji Fuchimoto's clear instructions show you how to fold 30 amazing animal and insect models, including the following:
These models are intermediate-level origami projects, and require some prior folding knowledge for the best experience.


About the Author:
Muneji Fuchimoto is an origami designer, graphic designer and the art director and founder of SCOG Design Co., Ltd. in Japan. He is an origami designer, teacher and creator of the OriRobo origami robots series. He has written several books on the subject of origami animals and robots. His other Japanese books include Origami Racer, OriRobo Battle Royale, OriRobo Origami Soldiers and Modern Origami.