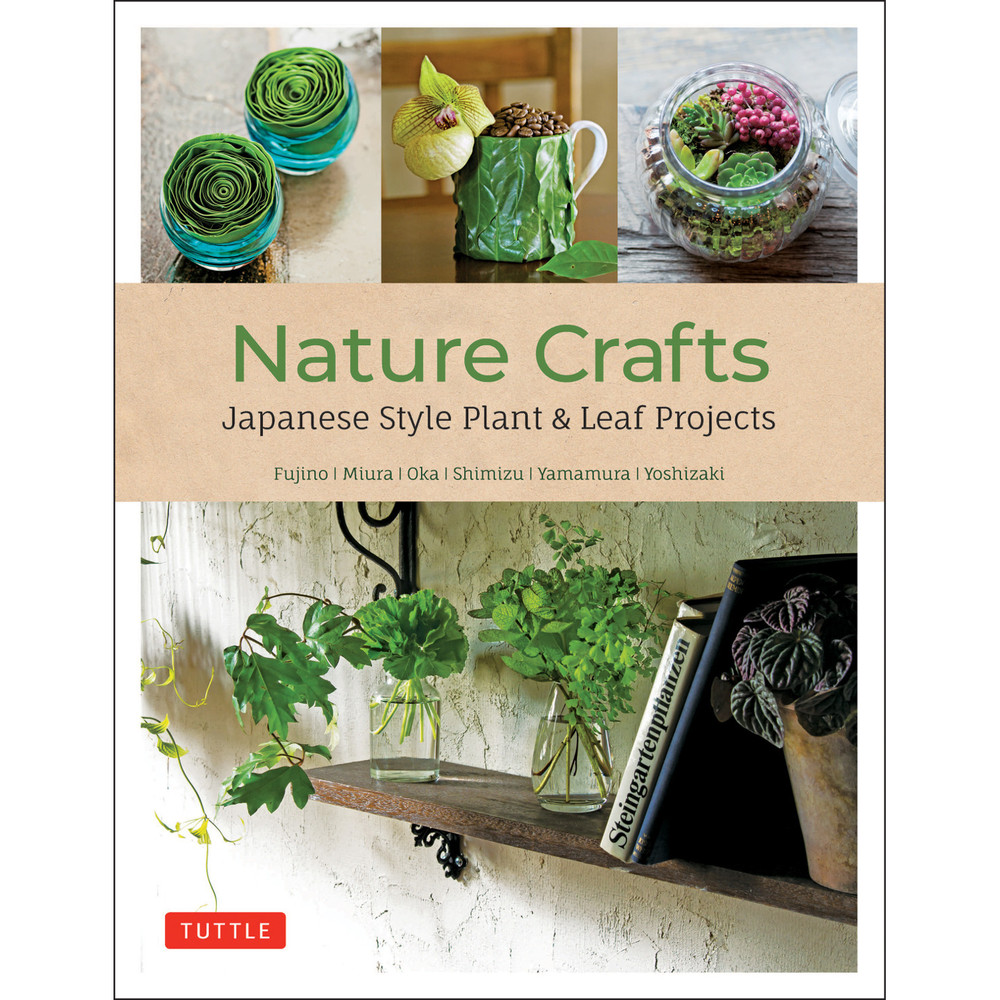 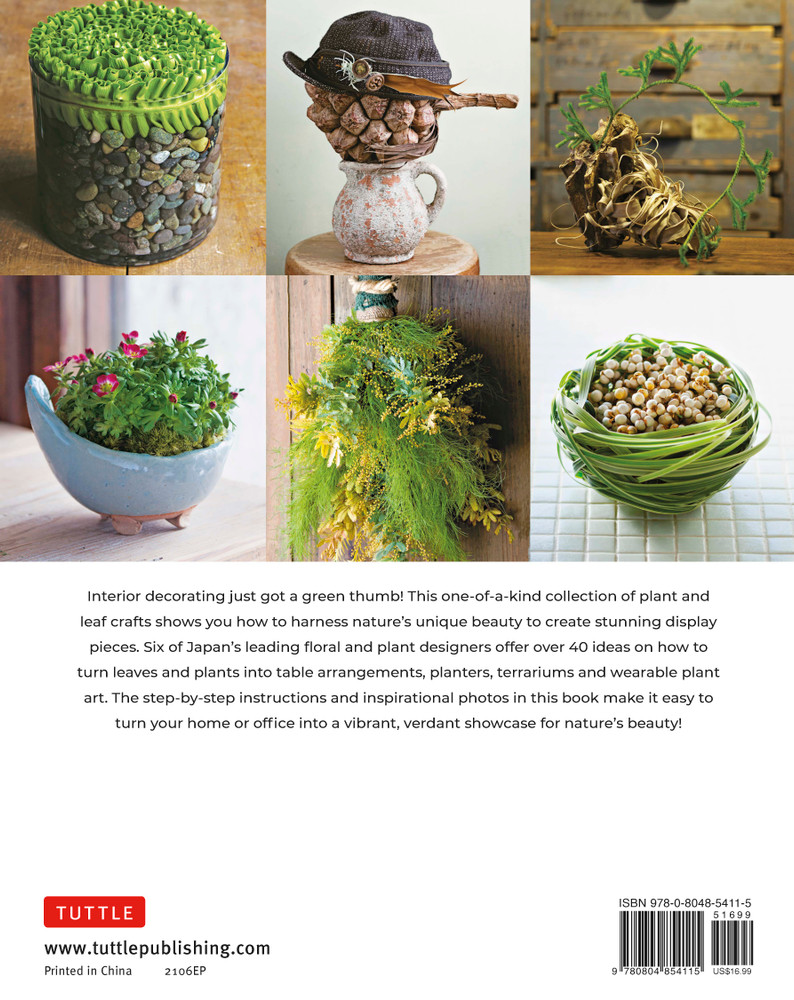 Harness the beauty of plants, leaves and foliage--green decor--in this unique collection of 40 nature projects that are fun, easy and inexpensive to make. Six of Japan's leading floral and plant designers offer a range of ideas to turn found and foraged materials into stunning arrangements and displays.

With these visionary stylists as your guides, a few materials you already have at home and easy-to-obtain tools, you'll be able to:
This book features over 250 gorgeous photographs and straightforward, step-by-step instructions that show you how to turn your surroundings into a verdant showcase for nature's beauty.


About the Author:
Yukinobu Fujino graduated from the Division of Biological Science at the University of Hiroshima's Graduate School of Science. He then joined a long-established flower shop in Hiroshima City, working on bridal arrangements, bouquets, floral arrangements for media shoots and floral displays for retail outlets before opening Fleurs Tremolo in Hiroshima City in 2006. The concept of his flower shop is "to express with flowers the shades and textures of the four seasons that touch all five senses."

Yuji Miura began his career in floristry at the age of 18, working for 16 years at Flowers Nest in Tokyo's Naka Meguro. In September 2014, he opened his own store, Irotoiro. Apart from working in the store, his work includes television commercials, floral installations, decorations and weddings. Reflecting his love of seasonal wildflowers, the store's large branches and arrangements are accompanied by a wealth of delicate flowers to create a casual, relaxed space.

Hiroyuki Oka studied floral design in Japan before continuing his training in Denmark. While in Europe, he was awarded the Silver Leaf for Belgium's Stichting Kunstboek publication, International Floral Art 2008/09. After working at Mami Flower Design and Flore 21, he started a freelance career, publishing in July 2013 his first collection of independent designs, Hiroyuki Oka MONOGRAPH, also with Stichting Kunstboek.

Takanori Shimizu trained at his family's bonsai business for five years, in addition to working for 10 years in flower shops in Kichijoji and Aoyama. In May 2011, he opened Dot Moss in Tokyo's Nishi Azabu, concentrating on both ikebana and bonsai. Aiming to foster people's interest in plants, he continues to come up with new ways of easily incorporating plants as interior objects.

Takaya Yamamura is representative director of Hana Noshou and representative of Deuxieme, the flower shop he opened in Nishi-ku, Hiroshima City in 1999. The store's concept is to bring together flowers that are modern yet natural, and Yamamura's wide and varied work includes private lessons, bridal designs and finding new ways of incorporating flowers and greenery into businesses and private homes. Deuxieme opened its Furueshinmachi branch in fall 2015. Yamamura was a finalist in the inaugural Florist Review. He won the Hanaike Battle Spin-Off edition at Daishoin temple in Miyajima in 2014 and in 2015 launched an event called "Connected by Coffee: A Journey with Flowers and Sound" (http://deuxi.jugem.jp/?eid=4089).

Masahiro Yoshizaki studied interior design in his student days, going on to join a spatial design company. As his interest in the connection between plants and interior design grew, he left the company and began working in a flower shop. In 2003 he began studying under Inaba, opening his shop, Asebi, in 2009 in Hatanodai, Shinagawa. The business moved to Ebisu in April 2015. Yoshizaki currently works mainly on bridal-related projects such as displays and decorations for photo shoots.