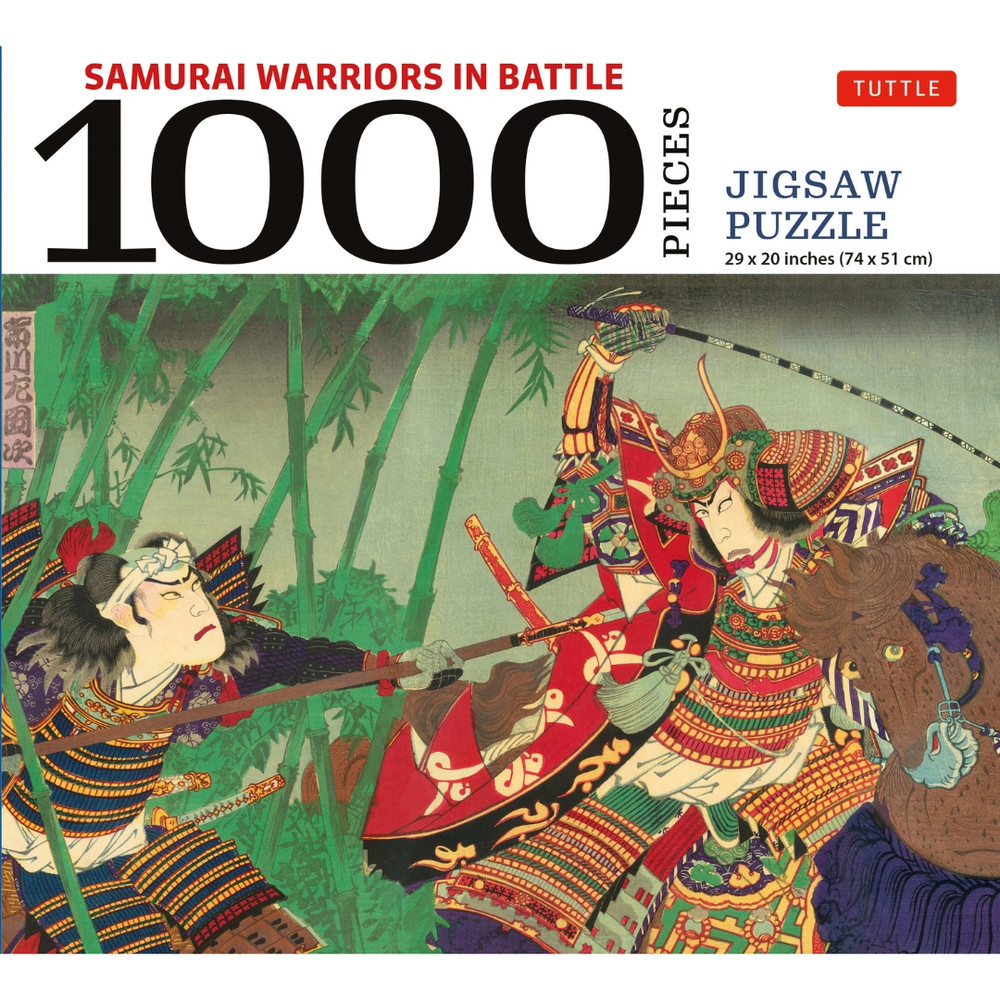 Samurai warriors ruled Japan for 700 years and are widely admired as the most skilled swordsmen who ever lived.
This ukiyo-e woodblock print by the artist Toyohara Kunichika (1835 -1900) shows a Kabuki enactment of a battle between Samurai fighters in a bamboo grove. The warrior astride a brown horse raises his riding crop high above his head, ready to bring it down on his enemy.


About the Author:
Toyohara Kunichika (1835 - 1900) was a well-known ukiyo-e woodblock print artist in Japan. As a teenager he began studying under Tokyo's leading print-maker, Utagawa Kunisada. He was successful throughout the Edo period (1603 - 1867) and the Meiji Era (1868 - 1912). He most often painted beautiful women and contemporary social life, alongside some landscapes and historical scenes. He has historically been dismissed by Western art collectors, but a 2008 show at the Brooklyn Museum and resulting article in the New York Times led to a resurgent interest in Kunichika in the 21st century.

Tuttle Studio is a unique international collective of publishing and design professionals who specialize in anime, manga and instructional illustration materials. We draw inspiration from the modern and traditional arts of Asia to create designs for journals, stationery, gift products and origami paper. Tuttle Studio is a division of Tuttle Publishing, a leading publisher of books on the languages, cultures and arts of Asia. The company was founded in 1832 in Rutland, Vermont (USA) and opened a branch in Tokyo, Japan in 1948.