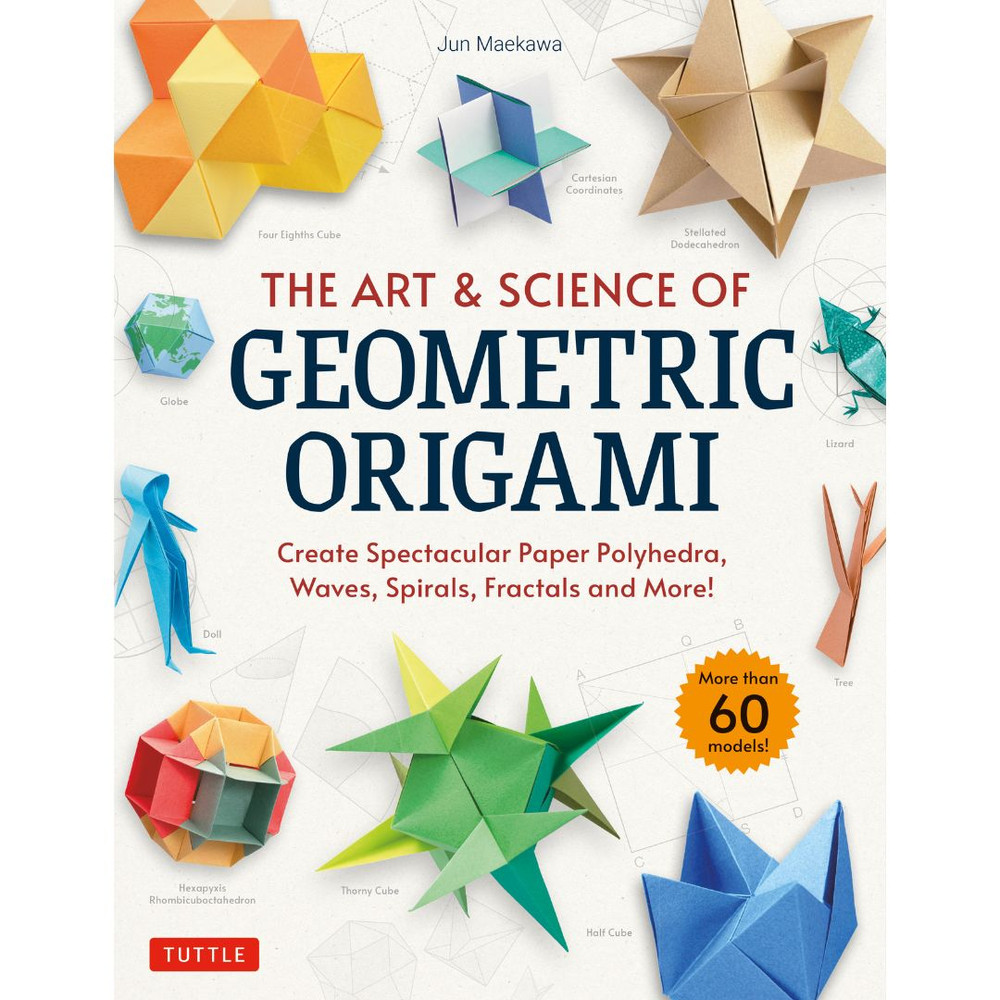 A magnificent new collection of 60 sculptural paper models from a mathematical origami master!

Master origami folder and author Jun Maekawa is known for developing innovative new methods of folding origami based on fundamental mathematical principles. In The Art & Science of Geometric Origami, he shows you how to fold over 60 different geometric shapes through clear, easy-to-follow instructions and photos.

The unique origami designs in this book include:
Folding instructions for each model are prefaced with an extensive introduction to the geometric principles underlying the piece. The models include nontraditional designs folded from unusual papers, including dozens of clever boxes and modular models which are assembled like 3D puzzles!


About the Author:
Jun Maekawa studied physics at Tokyo Metropolitan University where he developed the Maekawa Theorem to describe fundamental geometry and origami. He is a member of the Japan Origami Academic Society (JOAS) and Japan Origami Association. He has taught origami in internationally and has published many books and articles on the subject. In addition to Viva! Origami and other Japanese-language books, Maekawa is the author of several books on origami that have been translated into English, including Genuine Origami: 43 Mathematically-Based Models, From Simple to Complex. Maekawa lives in Japan.