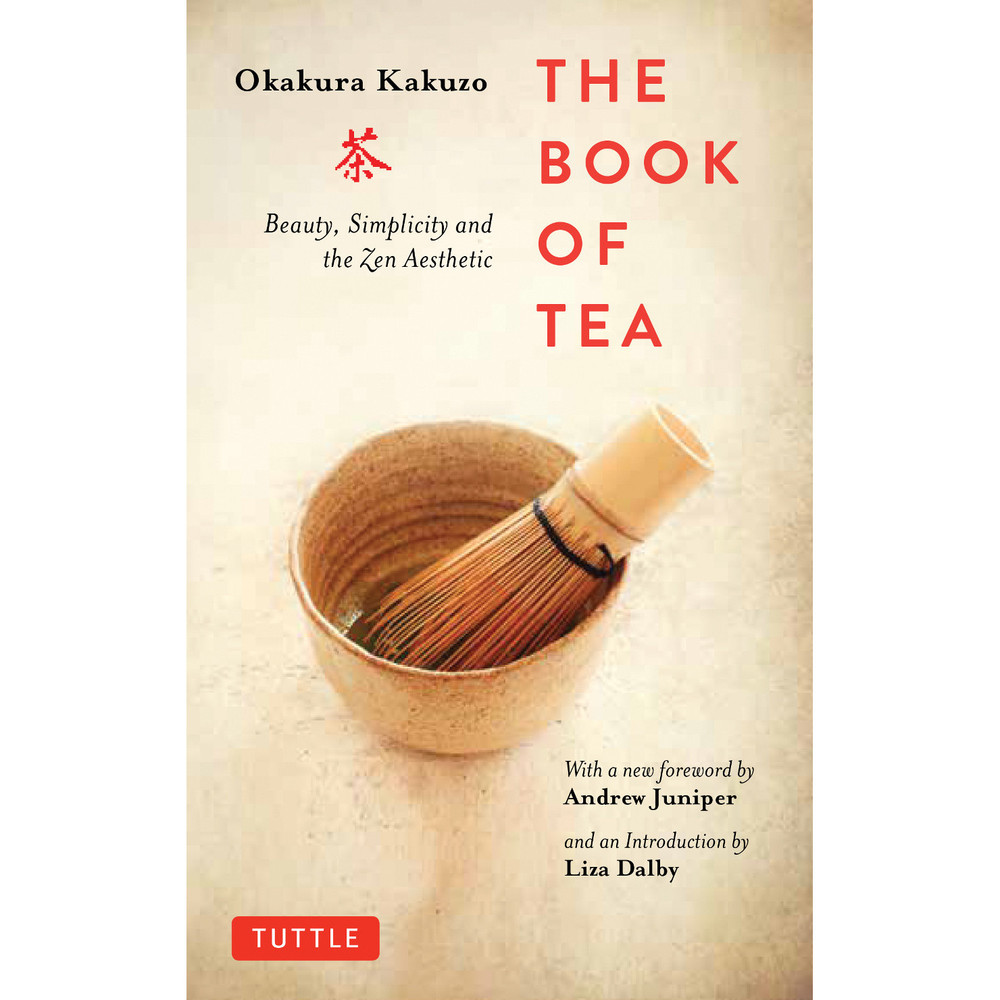 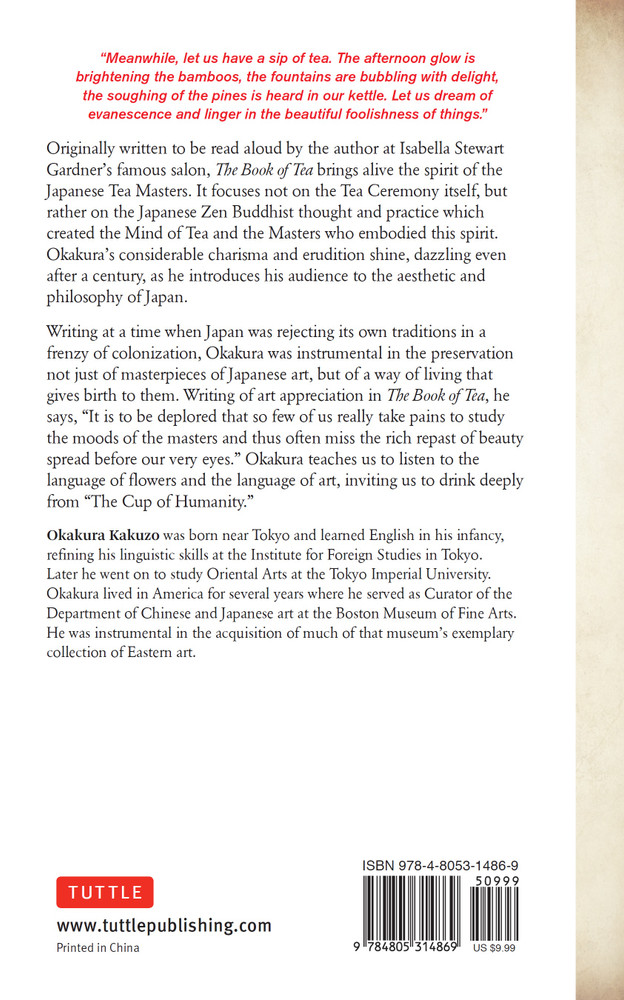 "Transcending the narrow confines of its title, presents a unified concept of life, art and nature. Along the way exploring topics related to tea appreciation, including Zen, flower arranging and Taoism. An early cultural activist, Okakura's mission was to preserve Japanese art and aesthetic practices from an extinction that seemed imminent." --The Japan Times

Now in paperback with a new foreword and new photographs! This classic work by Okakura Kakuzo has inspired many generations of readers by illuminating the underlying spirit and message of the venerable Japanese tea masters. The Book of Tea doesn't focus on the tea ceremony itself, but rather on the Zen Buddhist philosophy behind it. Kakuzo teaches us to cultivate an everyday awareness of the beauty in all the common things around us. His powerful message is even more relevant today than when he wrote this book, and it serves as a wonderful introduction to the aesthetics of Japanese culture.

This edition has a new foreword by Andrew Juniper, who runs the Wabi-Sabi Art Gallery in West Sussex, England, and an introduction by Liza Dalby, the first American woman to be fully trained as a geisha in Japan in the 1970's.

In 1906, in turn-of-the-century Boston, a small, esoteric book about tea was written with the intention of being read aloud in the famous salon of Isabella Stewart Gardner--Boston's most notorious socialite. It was authored by Okakura Kakuzo, a Japanese philosopher, art expert, and curator. Little known at the time, Kakuzo would emerge as one of the great thinkers of the early 20th century, a genius who was insightful, witty, and greatly responsible for bridging Western and Eastern cultures. Okakura had been taught at a young age to speak English, and was more than capable of expressing to Westerners the nuances of tea and the Japanese Tea Ceremony.

Nearly a century later, Kakuzo's The Book of Tea is still beloved the world over, making it an essential part of any tea enthusiast's collection. Interwoven with a rich history of Japanese tea and its place in Japanese society is a poignant commentary on Asian culture and our ongoing fascination with it, as well as illuminating essays on art, spirituality, poetry, and more. The Book of Tea is a delightful cup of enlightenment from a man far ahead of his time.


About the Author:
Okakura Kakuzo was born near Tokyo and learned English in his infancy, refining his linguistic skills at the Institute for Foreign Studies in Tokyo. Later he went on to study Oriental Arts at the Tokyo Imperial University. Okakura lived in America for several years where he served as Curator of the Department of Chinese and Japanese art at the Boston Museum of Fine Arts. He was instrumental in the acquisition of much of that museum's exemplary collection of Eastern art.

Foreword to the Original Edition by:
Elise Grilli lived and worked in Tokyo for many years. She was an art critic for the Japan Times and published several books on Japanese art including Golden Screen Paintings of Japan and Japanese Picture Scrolls.

New Foreword by:
Andrew Juniper lives in West Sussex, England where he runs the Wabi-Sabi Art Gallery. He also works as a translator for UK and Japanese government bodies.

New Introduction by:
Liza Dalby is an author and anthropologist who, in the 1970s, became the first American woman to become fully trained as a geisha. Her publications include Geisha and the novel The Tale of Murasaki.