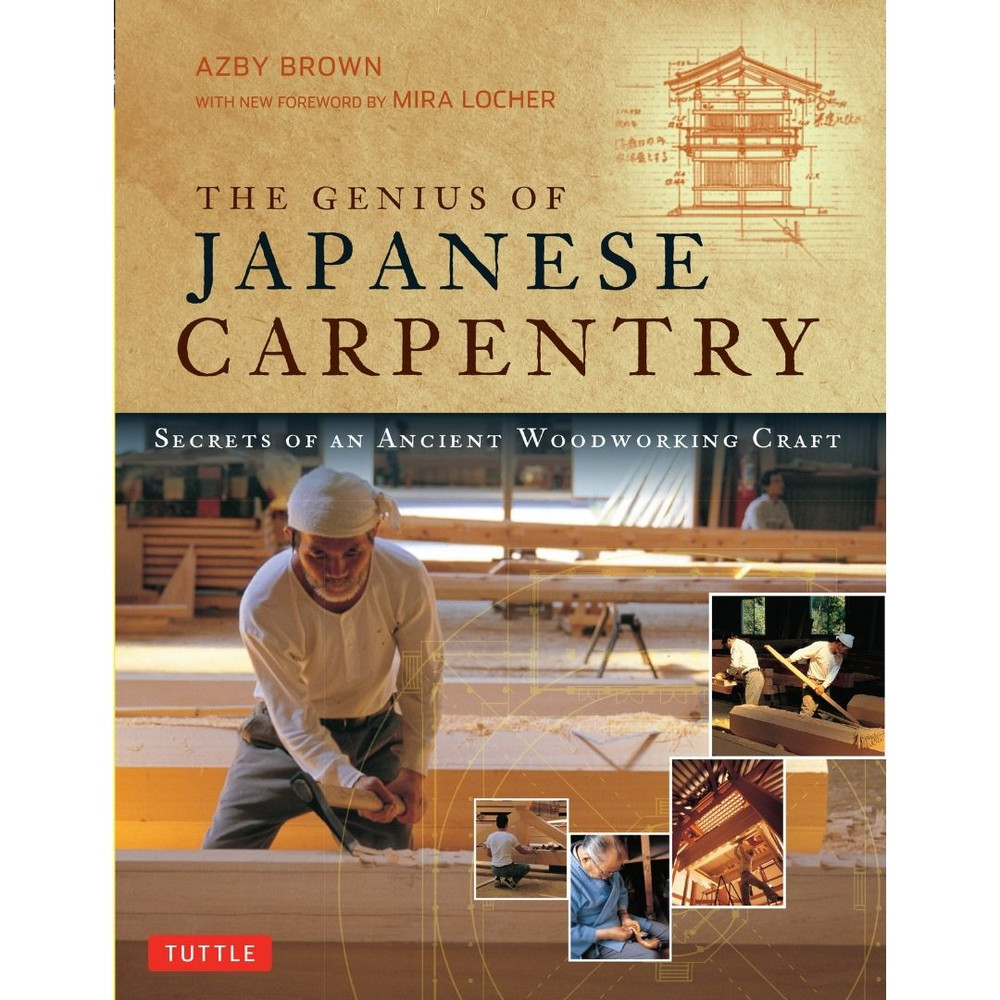 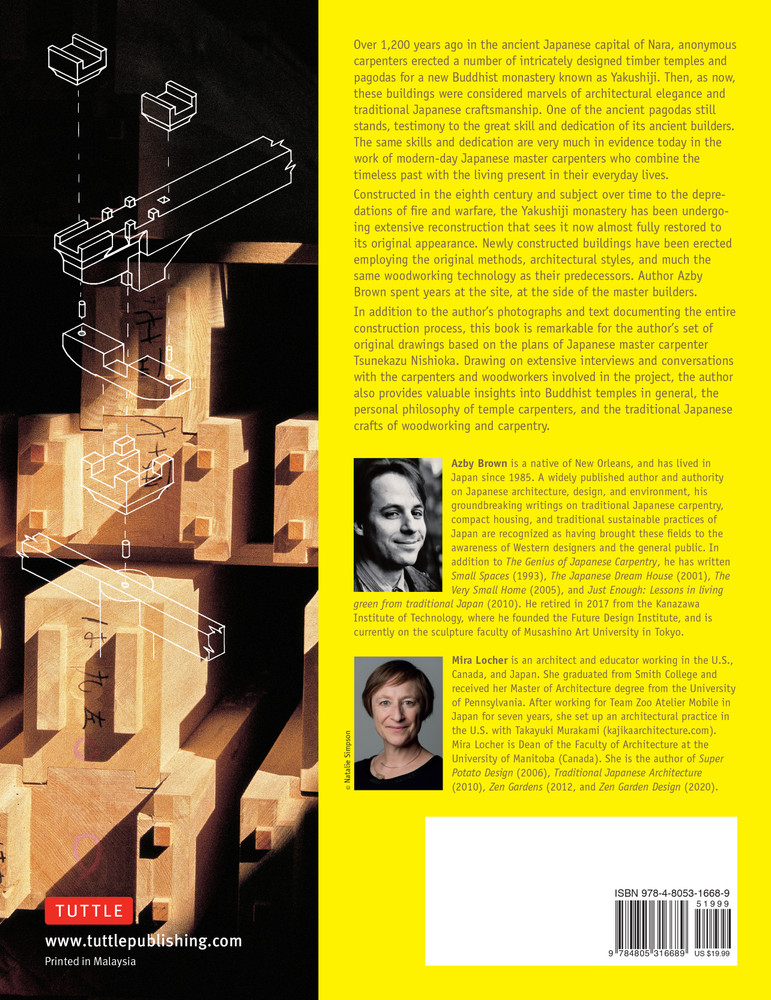 The Genius of Japanese Carpentry tells the story of the 1200-year-old Yakushiji monastery in Nara, a UNESCO World Heritage Site, and the dedicated modern-day craftsmen who are working to restore what has been lost to the depredations of time, fire and warfare.

Although the monastery's reconstruction will not be fully completed until 2030, one of the primary temples, the Picture Hall, has been wholly restored employing the same materials, tools and techniques originally used in its creation over a millennium ago. Featuring intricate, puzzle-like joinery and the integration of timber pieces to orient them in the same direction as when it was a growing tree, this book skillfully documents the stunning craftsmanship of the ancient Japanese, which is still alive today.

First published more than thirty years ago, this book has become a classic. Author Azby Brown, one of the world's leading experts on Japanese architecture, chronicles the painstaking restoration of the Yakushiji monastery through:

This revised edition of the book contains a new foreword by Mira Locher, one of the world's leading experts on vernacular and modern Japanese architecture.

An inspiring testament to the dedication of these craftsmen and their philosophy of carpentry work as a form of personal fulfillment, The Genius of Japanese Carpentry offers detailed documentation of the restoration of this historic building and a moving reminder of the unique cultural continuity found in Japan.


About the Author:
Azby Brown is a native of New Orleans, and has lived in Japan since 1985. A widely published author and authority on Japanese architecture, design, and environment, his groundbreaking writings on traditional Japanese carpentry, compact housing, and traditional sustainable practices of Japan are recognized as having brought these fields to the awareness of Western designers and the general public. In addition to The Genius of Japanese Carpentry, he has written Small Spaces (1993), The Japanese Dream House (2001), The Very Small Home (2005), and Just Enough: Lessons in living green from traditional Japan (2010). He retired in 2017 from the Kanazawa Institute of Technology, where he founded the Future Design Institute, and is currently on the sculpture faculty of Musashino Art University in Tokyo.

Foreword writer Mira Locher is an architect and professor who works in the U.S. and Japan. She studied at Smith College before receiving her Master of Architecture degree from the University of Pennsylvania. After working for Team Zoo Atelier Mobile in Japan for seven years, she set up an architectural practice in the U.S. with Takayuki Murakami. Mira Locher is Dean of the Faculty of Architecture at the University of Manitoba (Canada). She is the author of Super Potato Design, Zen Gardens and Zen Garden Design.