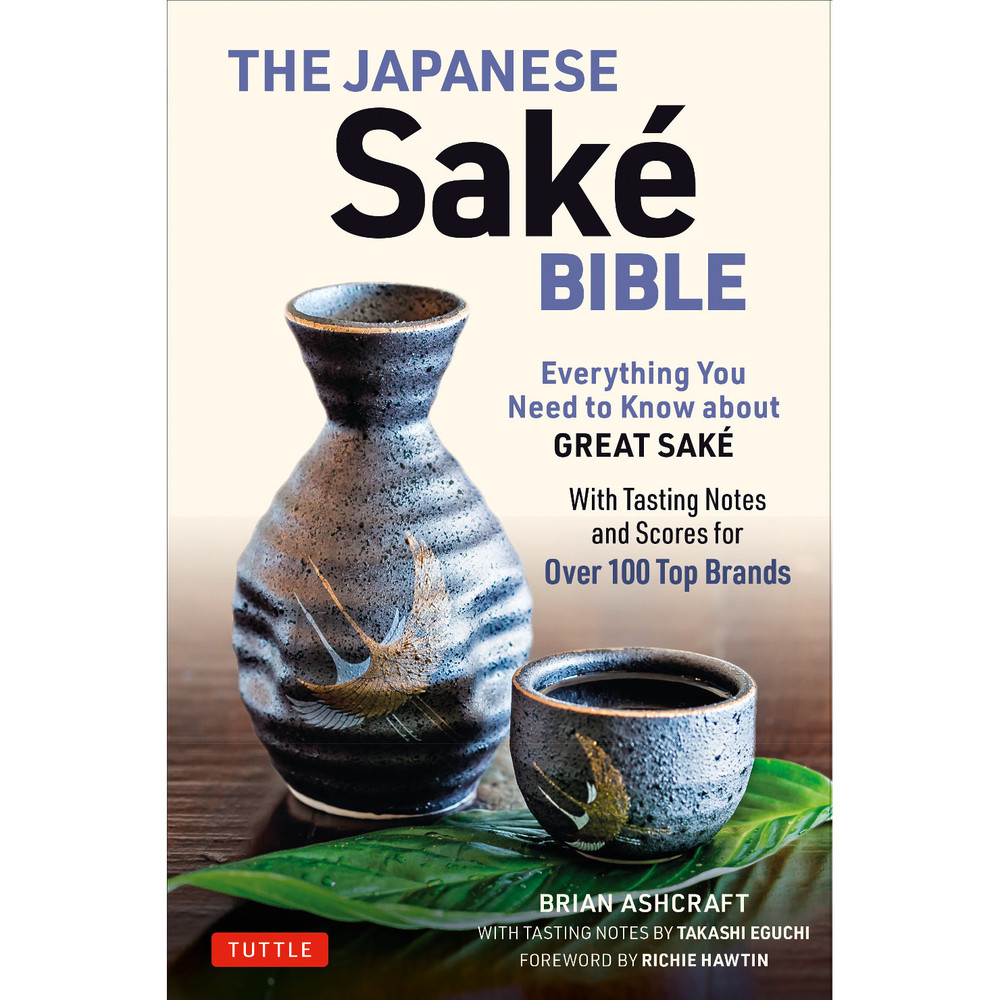 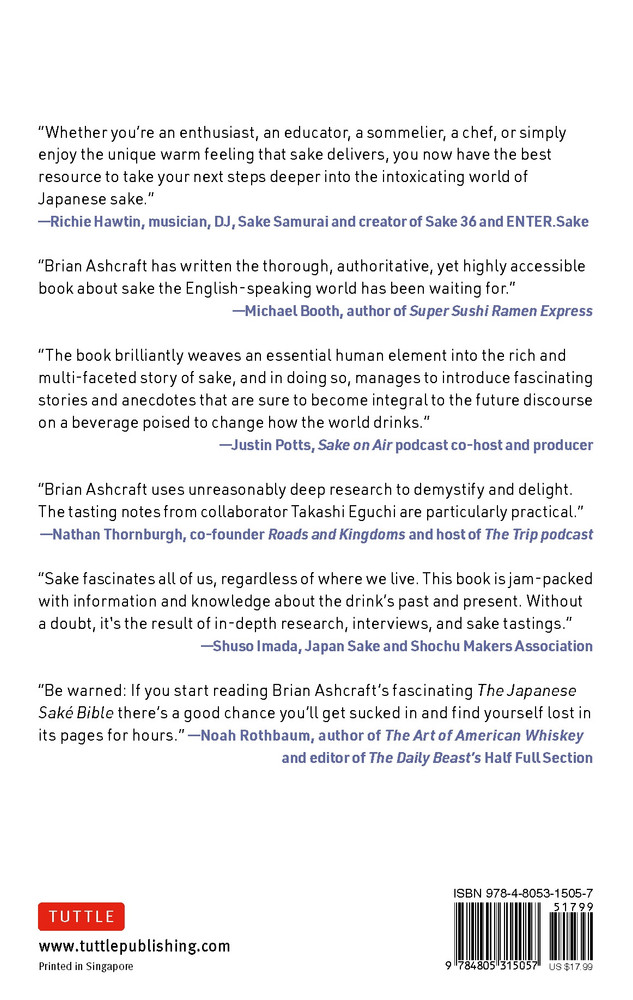 The Japanese Sake Bible is the ultimate book about Japan's national drink--from its history, culture and production methods to how to choose the best sake and recommended food pairings.

Author Brian Ashcraft--the author of the popular guide Japanese Whisky--has put together lively commentaries based on dozens of interviews with master brewers and sake experts across Japan. His fascinating stories are accompanied by over 300 full-color photographs, maps and drawings.

A unique feature of this book is that it includes reviews, tasting notes, scores and a buying guide for over 100 of the leading sake brands, written by respected Japanese sake expert Takashi Eguchi. These include all the sakes most commonly found outside Japan. Each sake has a photo of the label, tasting notes, a score and recommended food pairings. Information on the leading brewers is provided, and the sakes are grouped by flavor profile.

Japanese sake is brewed worldwide today and is winning over many converts. A foreword by sake connoisseur and world-renowned DJ Richie Hawtin addresses the spread in global popularity and the shared mission of making this specialty beverage as accessible as possible. With the help of this book you'll soon become an expert in selecting, serving and enjoying Japan's favorite drink.


About the Author:
Brian Ashcraft is a former senior writer for the video gaming site Kotaku and columnist for The Japan Times. He was previously a contributing editor at Wired magazine. His work has appeared in Popular Science, the Guardian, the design journal Metropolis, and many other publications. He is the author of Japanese Whisky as well as many books on Japanese culture, including Japanese Tattoos and Japanese Schoolgirl Confidential. Originally from Texas, he called Osaka home since 2001, until returning to Dallas in 2022.

Takashi Eguchi is based in Kyoto, where he curates the popular Japanese-language Sake Concierge Report website (sakeconcierge.com) in which he covers sake events across Japan, interviews brewing luminaries and contributes tasting notes. He regularly gives sake workshops and, as of 2019, has held over one hundred sake-related seminars. He holds a Sake Diploma from the Japan Sommeliers Association and lectures on sake tourism at Kyoto's Doshisha University.

World-renowned musician and DJ Richie Hawtin became a sake connoisseur after he first visited Japan in 1994. He has earned the Advanced Sake Professional Certification and was made a Sake Samurai by the Japanese Sake Brewers Association in 2014 for his efforts in promoting sake internationally. He continues to use his global influence to open up young audiences to new cultural experiences via music, concerts and sake initiatives.