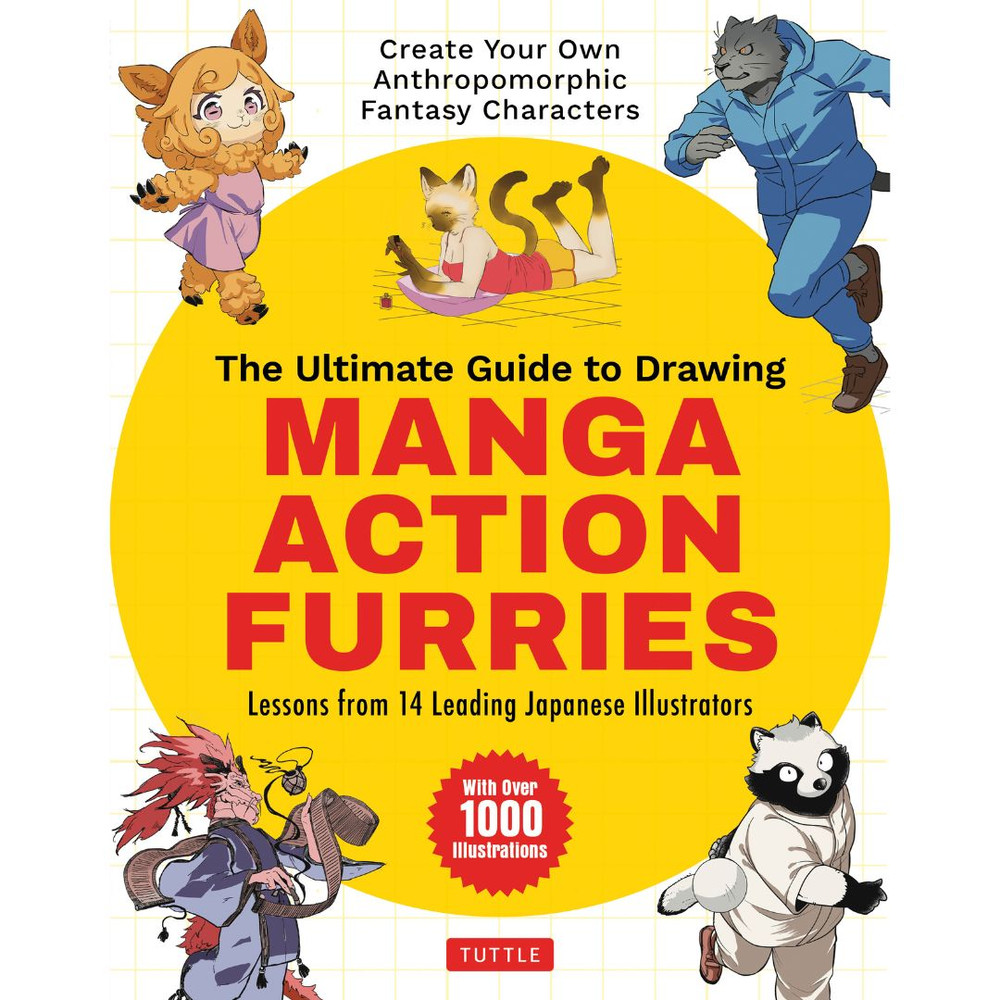 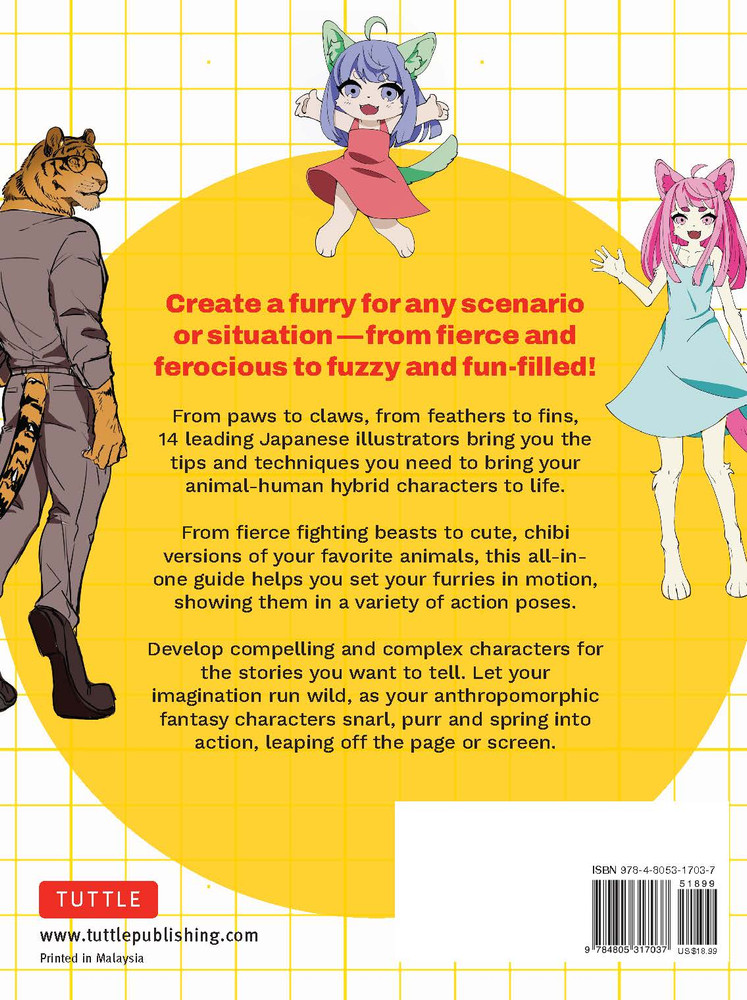 Bring your own anthropomorphic fantasy characters to life!

Furries fuse human and animal characteristics to create unique and fantastical hybrid forms. This book contains everything you need to start drawing furries for the printed page, for the screen, or for cosplay characters.

Follow the lead of 14 professional Japanese artists as they show you how to create scores of unique human-animal hybrid characters.

In the hands of these expert teachers, you'll learn to draw:

Create furries for every situation and scenario and learn how to develop compelling and complex characters for the stories you want to tell. Let your imagination run wild as your anthropomorphic creations come to life, spring into action, and leap off the page!

Yuzpoco is a manga assistant and doujin aritist, which refers to self-publishing magazines, novels, or comics/manga.

Kinoshita Jiroh is a manga artist that focuses specifically on drawing furry characters and has designed some characters in anime, including "Tokyo Afterschool Summoners."

Ishimura Reizi is a freelance character designer and manga artist, who worked in game development by designing characters, character goods, and direction.

Kinoshita Jiroh is an illustrator that specializes in drawing male furries.

Morikita Sasana is an artist that focuses specifically on female furries, such as foxes, cats, and dogs.

Dori is a painter that is known for drawing male feline furries.

Yamayagi Yama is a freelance illustrator who designs and draws characters--mostly men and monsters--for play-by-web and social games.

Suzumori is a 3D computer graphics modeler and manga artist.

Mabo is an illustrator and a manga artist that has worked on anime, such as "Sengoku Puzzle!! Animal Daizen" and "Wolf + Kaleshi."

Itohiro is an illustrator that specializes in drawing dragons and worked on Digimon.