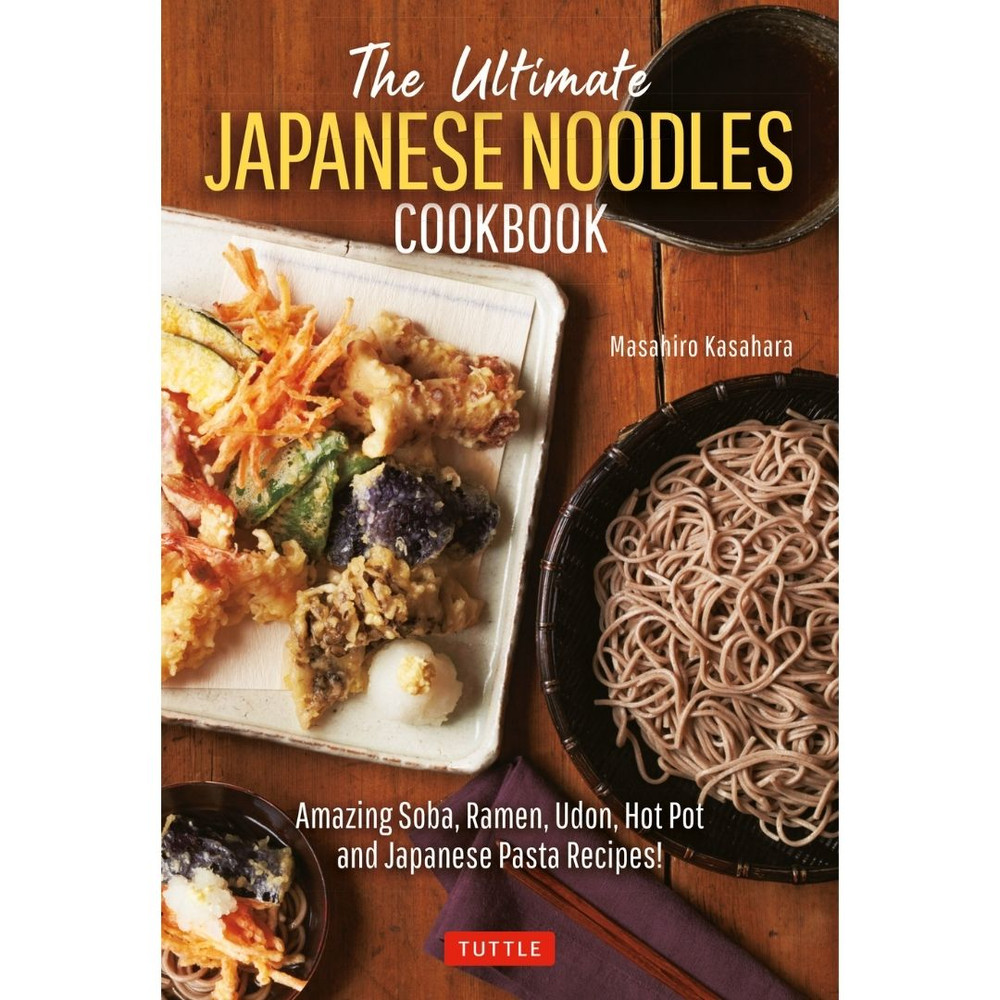 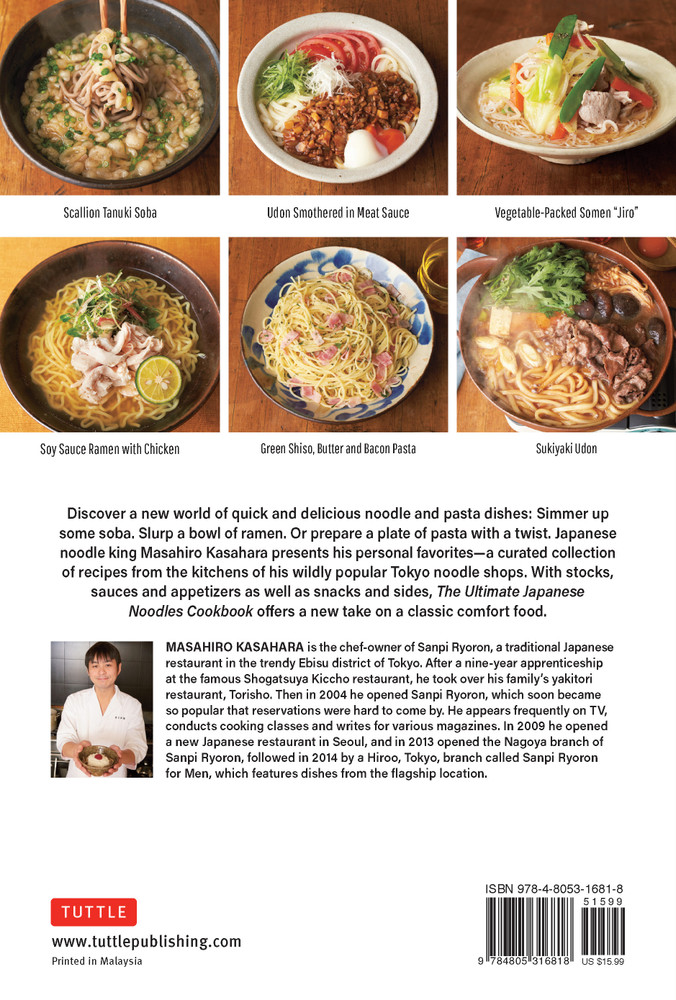 Elevate your ramen and introduce new noodles into your repertoire!

The Ultimate Japanese Noodles Cookbook is your introduction to the world of Japanese noodles and pasta. Chef and restaurateur Masahiro Kasahara presents all his personal favorites in this book--from quick and delicious ramen to hot pots for a dinner party, and classic udon recipes to summery somen.

These recipes offer a simple way to recreate your go-to noodle dishes at home and discover new favorites. Pair fresh vegetables and meat with easy-to-find ingredients that can be kept on-hand for a quick and flavorful meal.

This book features 65 noodle recipes, including:
Informational sidebars add a bit of background about each noodle type and its role in Japanese cuisine. As an added bonus, Chef Masahiro also includes:
A bestseller in Japan, this book and its tasty recipes are now available in English for the first time!


About the Author:
Masahiro Kasahara is the chef-owner of Sanpi Ryoron, a traditional Japanese restaurant in the trendy Ebisu district of Tokyo. After a nine-year apprenticeship at the famous Shogatsuya Kiccho restaurant, he took over his family's yakitori restaurant, Torisho. Then in 2004 he opened Sanpo Ryoron, which soon became so popular that reservations were hard to come by.

He appears frequently on TV, conducts cooking classes and writes for various magazines. In 2009 he opened a new Japanese restaurant in Seoul, and in 2013 opened the Nagoya branch of Sanpi Ryoron, followed in 2014 by a Hiroo, Tokyo, branch called Sanpi Ryoron for Men, which features dishes from the flagship location. He also recently worked with Japan Airlines to develop tasty and innovative in-flight meals.