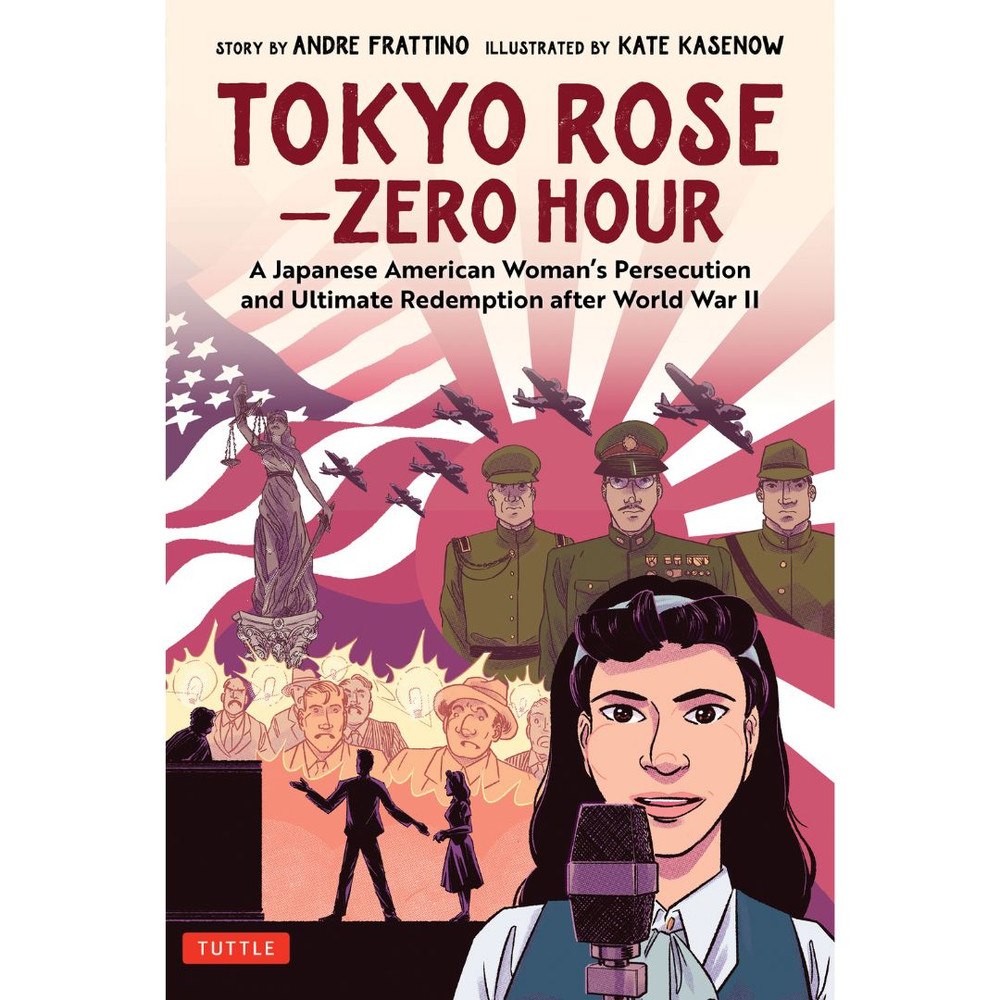 Traitor or hero? Discover the truth behind the legendary Tokyo Rose.

Tokyo Rose: Zero Hour tells the true story of Iva Toguri, a Japanese American woman who was visiting her relatives in Tokyo shortly before the attack on Pearl Harbor. Trapped in Japan, Iva refused to renounce her American citizenship. But she was forced to take a job with Radio Tokyo to host "Zero Hour," a propaganda broadcast aimed at demoralizing American troops--in the role of the infamous Tokyo Rose, "The Siren of the Pacific."

The dramatic events recounted in this story include:

Written by Andre Frattino and illustrated by Kate Kasenow, Tokyo Rose: Zero Hour has an introduction explaining the "Tokyo Rose" phenomenon and the devastating effects of World War II on Asian-American communities that continue to reverberate. In a world rife with misinformation and racial prejudice, the story of Tokyo Rose has never been more relevant.


About the Author:
Andre R. Frattino has devoted his life to the art of visual storytelling, especially within the vein of historical fiction and non-fiction. Following his graduation from Savannah College of Art and Design, Andre went on to publish several titles ranging from the 2018 Florida Book Award Winner; A Land Remembered: A Graphic Novel, Simon Says: Nazi Hunter and has recently worked on Jim Henson's The Storyteller: Shapeshifters #1.

Kate Kasenow is a comic artist with undergraduate and graduate degrees in Sequential Art from Savannah College of Art and Design. She has worked on an array of graphic novels including An Elegy for Amelia Johnson, Amy Devlin Mystery and Form of a Question, a creative autobiography of a Jeopardy champion.

Janice Chiang is an award-winning comic letterer with over four decades of experience. She began her career as a freelancer for Marvel Comics and has continued on to work for all the major comic book publishers. Her most iconic work was for the comic book series, Ghost Rider where she designed the main character's flaming word balloons. Presently, she heads the lettering department for John and Sandy King Carpenter's Storm King Comics and is a freelancer for DC Comics.