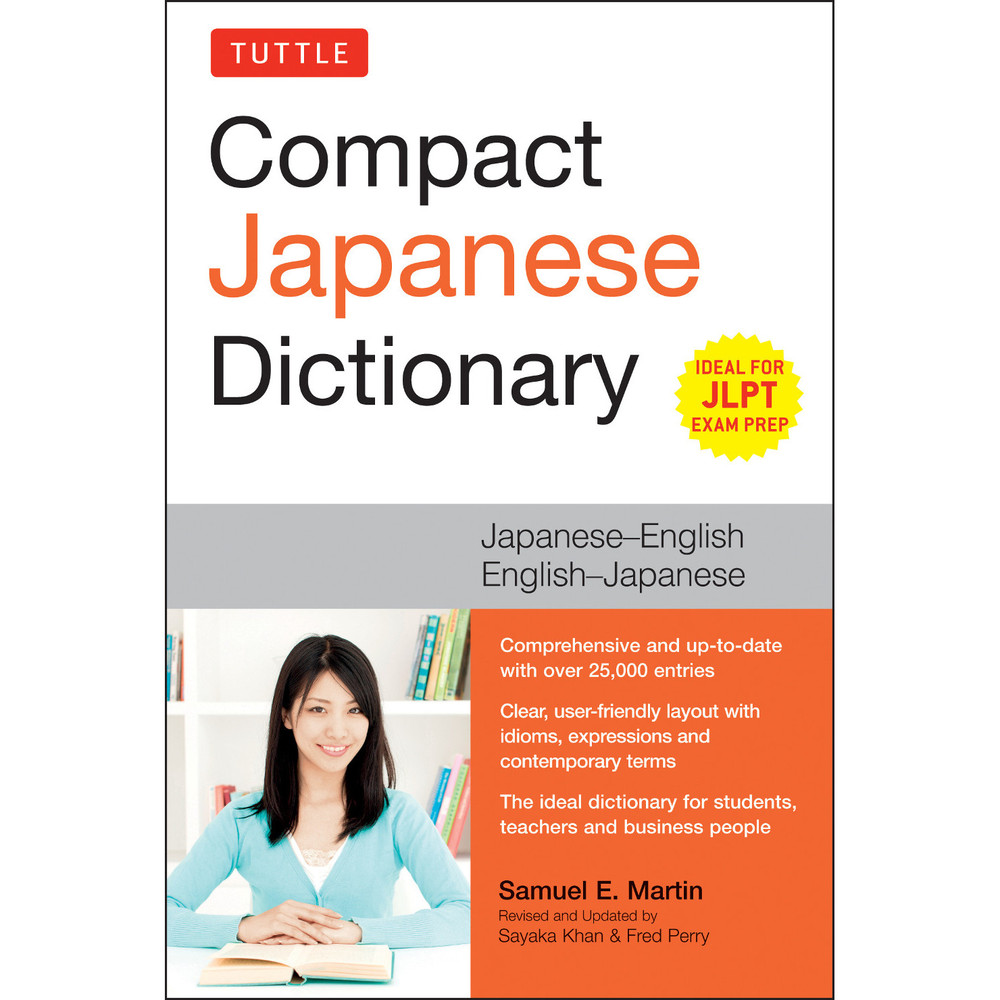 This is a compact and user-friendly Japanese to English and English to Japanese dictionary.

The inclusion of declensions for common verbs at the back is a valuable reference for foreigners learning Japanese is. The layout of the dictionary is extremely easy to use: headwords are highlighted in color, and all entries are given in Japanese script as well as their romanized equivalents. This format gives the learner a head start in mastering the important written characters of Japanese. This dictionary includes idiomatic expressions along with numerous sample sentences showing how Japanese words and expressions are correctly used in everyday contexts. A comprehensive pronunciation guide and detailed notes on Japanese grammar are also included, making this dictionary a great way to learn Japanese.


About the Author:
Samuel Martin is the author of numerous books and papers on the Japanese and Korean languages, including the definitive A Reference Grammar of Japanese and A Reference Grammar of Korean. He received his undergraduate and Master's degrees in Oriental Languages from the University of California at Berkeley and his Ph.D. in linguistics from Yale University. At Yale, he served as chairman of the Department of East and South Asian Languages and Literatures, and the Department of Linguistics.

Sayaka Khan is a professional translator and interpreter based in Tokyo, Japan. She has translated many books and technical documents from English to Japanese and vice versa. She is a graduate of Waseda University.

Fred Perry has a BA from Yale University as well as an MBA from Sophia University, Tokyo. He arrived in Japan in 1956 and continues to live there, where he has worked as a market researcher and consultant.