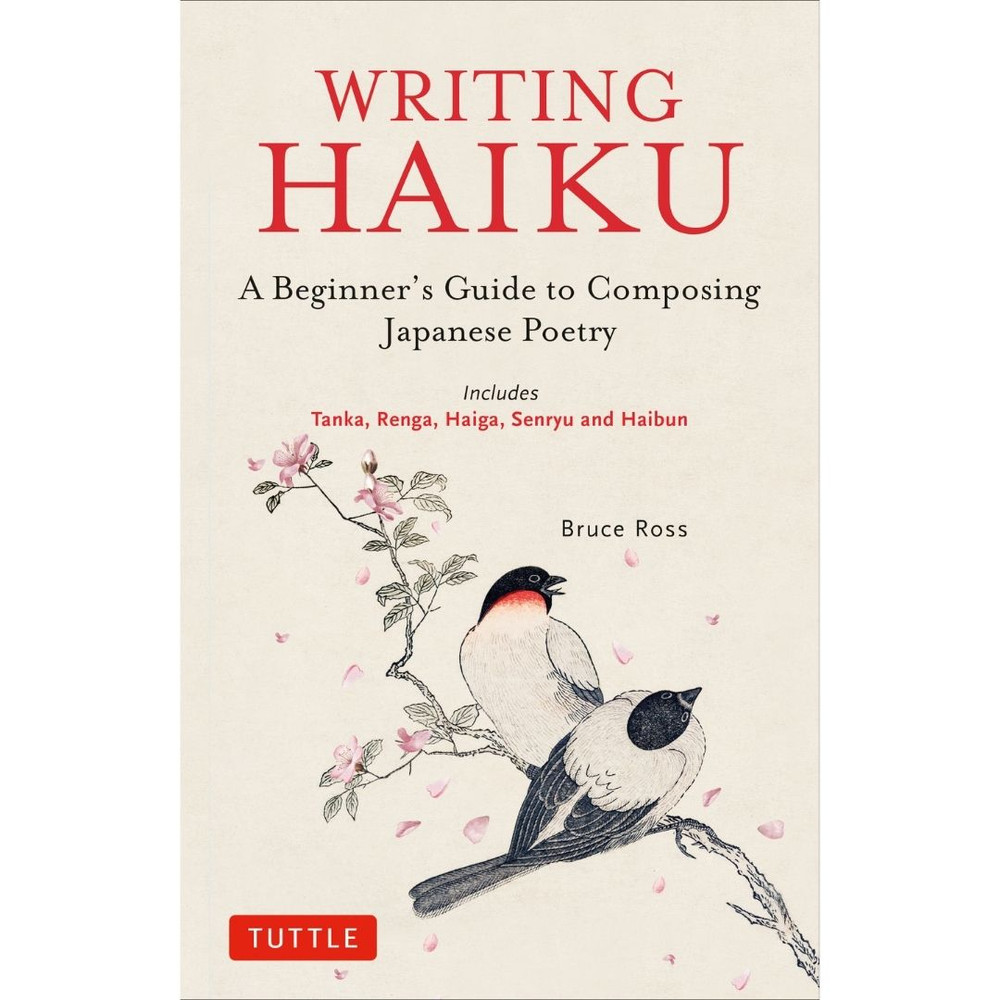 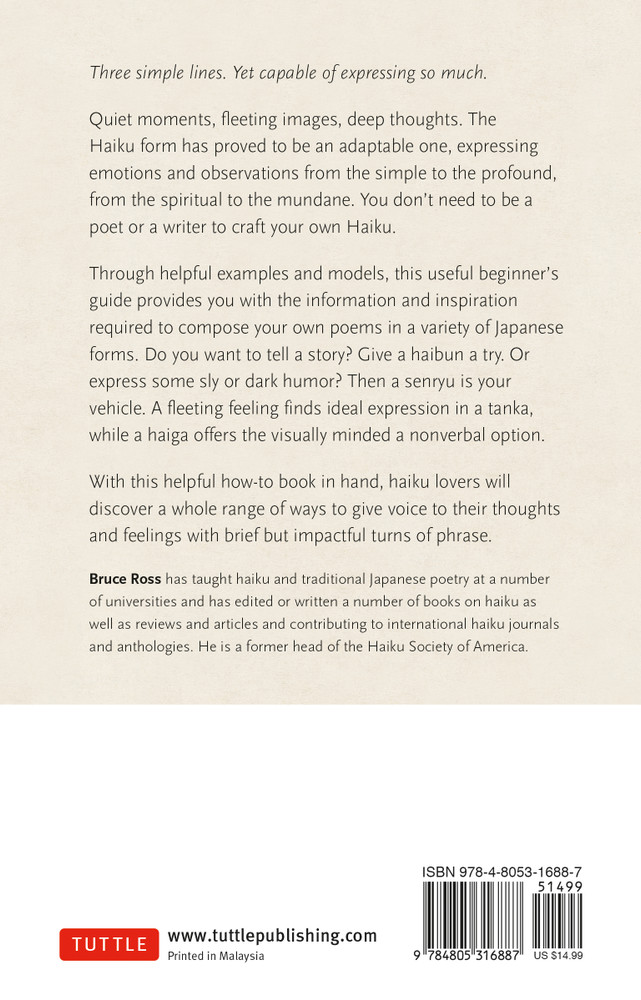 The iconic three-line haiku form is increasingly popular today as people embrace its simplicity and grace--and its connections to the Japanese ethos of mindfulness and minimalism. Say more with fewer words.

This practical guide by poet and teacher Bruce Ross shows you how to capture a fleeting moment, like painting a picture with words, and how to give voice to your innermost thoughts, feelings, and observations. You don't have to be a practiced poet or writer to write your own haiku, and this book shows you how.

In this book, aspiring poets will find:Do you want to tell a story? Give haibun a try. Maybe you want to express a fleeting feeling? A tanka is the perfect vehicle. Are you more visual than verbal? Then a haiga, or illustrated haiku, is the ideal match. Finally, a renga is perfect as a group project or to create with friends, passing a poem around, adding line after line, and seeing what your group effort amounts to.

Ross walks readers through the history and form of haiku, before laying out what sets each Japanese poetic form apart. Then it's time to turn to your notebook and start drafting some verse of your own!


About the Author:
Bruce Ross has lectured on haiku around the world, and taught Japanese poetry as a university professor at a number of institutions, including the University of Vermont, University of Maine, and University of Alberta. He has edited and written many books on haiku, as well as contributions to international haiku journals and anthologies. Ross is a former head of the Haiku Society of America, and now lives with his wife in Maine.