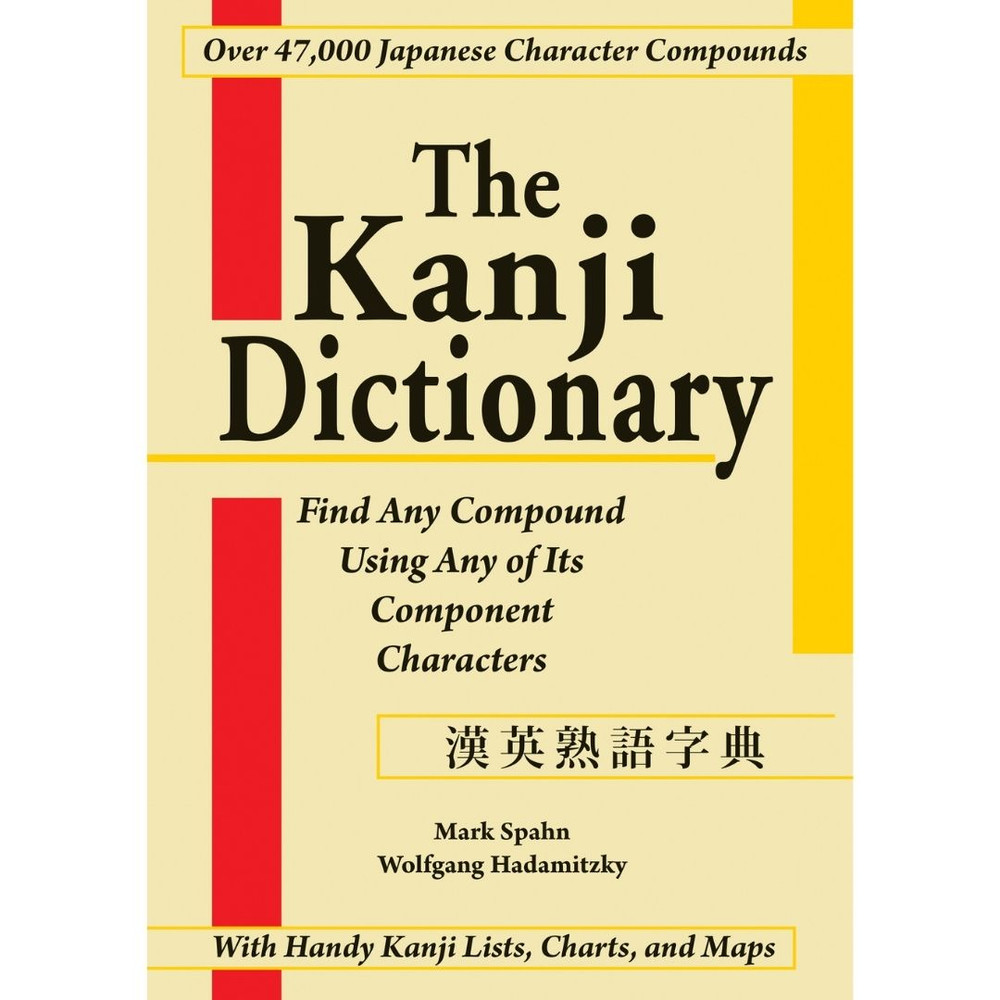 The acknowledged authority on Japanese Kanji, The Kanji Dictionary makes written Japanese more accessible than ever before and is an absolutely vital tool for anyone seeking to learn Japanese at an intermediate or advanced level.

This is the only kanji dictionary of its kind to employ a revolutionary multiple–reference compound system. Every kanji compound, a word or phrase made up of two or more characters, is listed under each of its components characters. This unique, time–saving feature makes finding compounds fast and easy. Entries are arranged according to a radical based reference system, similar to that used in most other dictionaries, but it has been simplified to make it easier to learn and use. Also, the comprehensive on/kun readings index and handy radical "overview lists" provide further means to find an entry. The focus of this reference work is kanji compounds, and the more than 47,000 entries in the main text include the most common and most important terms and expressions currently in use. The addition of newly coined terms, particularly those in new technical fields, is another key feature.


About the Author:
Wolfgang Hadamitzky is a librarian of the East Asia section of the Berlin State Library. He has worked in Oslo and Tokyo on the staff of the German Cultural Institute (Goethe Institute).

Mark Spahn has a background in mathematics, engineering, and computer science. He has worked in Japan as a teacher, computer magazine writer, programmer, and translator. He presently resides in the United States, where he is active as a translator and consultant. Other titles by the same authors include A Guide to Writing Kanji and Kana (Tuttle Publishing) and The Kanji Dictionary (Tuttle Publishing).