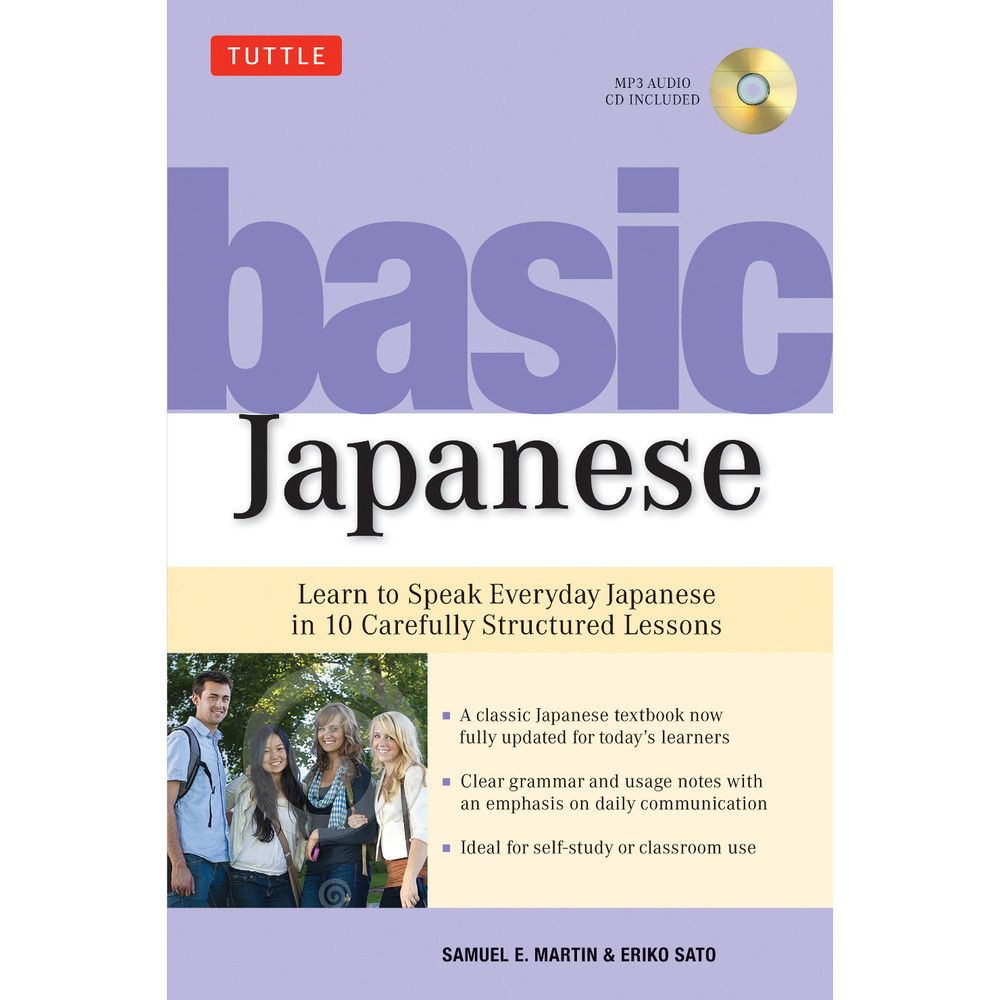 Downloadable ContentBasic Japanese takes a friendly and innovative approach to beginner Japanese, emphasizing the structure of the Japanese language rather than just vocabulary.

This method was pioneered by the author, Samuel E. Martin. Once considered controversial, modern linguists now agree that the structurally based approach for learning a language allows for more efficient retention than the traditional repetition-based approach. It is especially useful for self-study and first-time learners as well as in a classroom setting. The MP3 Audio-CD helps to reinforce pronunciation and build listening comprehension.

Each lesson is set up to ease learners into not just understanding the new material but mastering it, using a four-step method:
All disc content is alternatively accessible on tuttlepublishing.com/downloadable-content.


About the Author:
Samuel E. Martin was a master teacher of the Japanese language and a major force in language learning in the postwar U.S. He received his undergraduate and master's degrees in Oriental languages from the University of California at Berkeley and his Ph.D. in linguistics from Yale University. At Yale he served as chairman of the Department of East and South Asian Languages and Literatures and the Department of Linguistics. He is the author of numerous books and papers on Japanese and Korean, including the definitive A Reference Grammar of Japanese and A Reference Grammar of Korean.

Eriko Sato is Associate Professor of Japanese and translation studies at the State of University of New York at Stony Brook, where she is also the Director of the Japanese Teacher Education Program. She has authored and co-authored over a dozen books, including Japanese Stories for Language Learners, Essential Japanese Grammar and Learning Japanese Kanji.She has also authored or co-authored Contemporary Japanese, Japanese Demystified, Japanese for Dummies, Complete Japanese Grammar, Japanese Phrases for Dummies, Basic Japanese and My First Japanese Kanji Book.