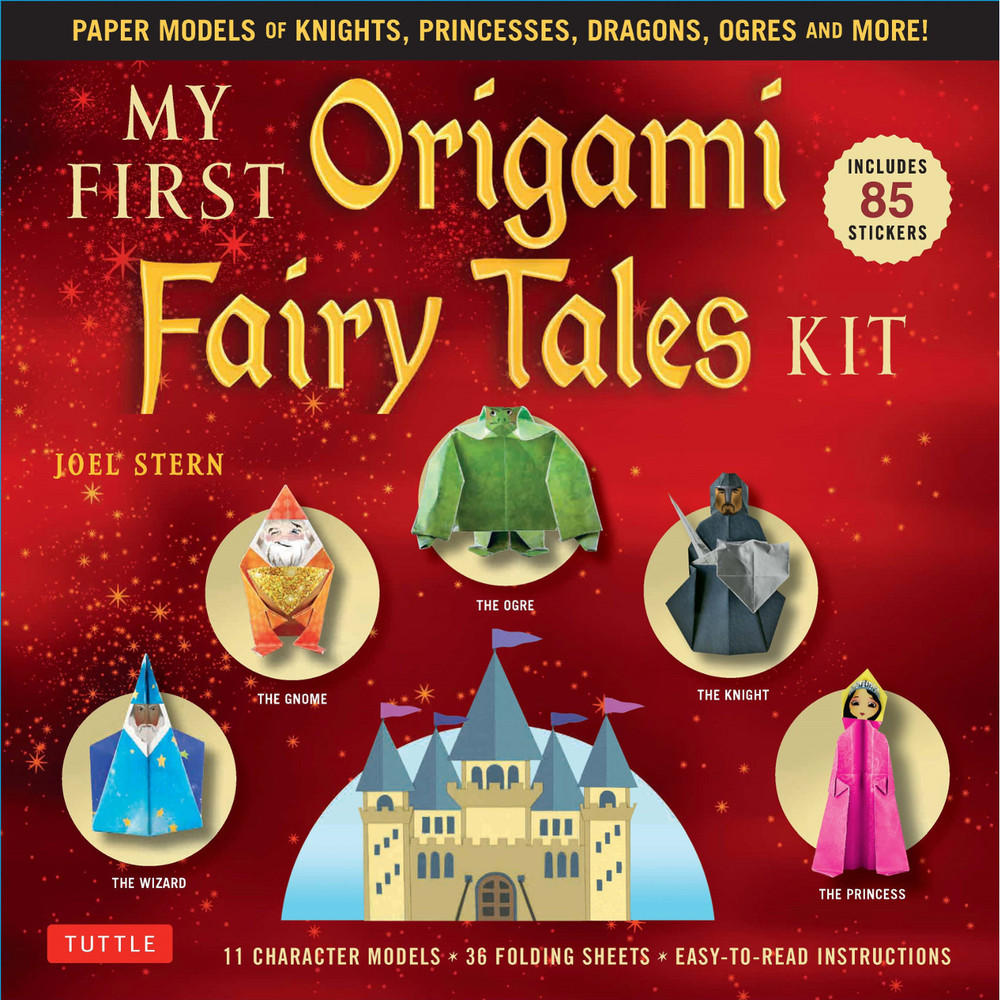 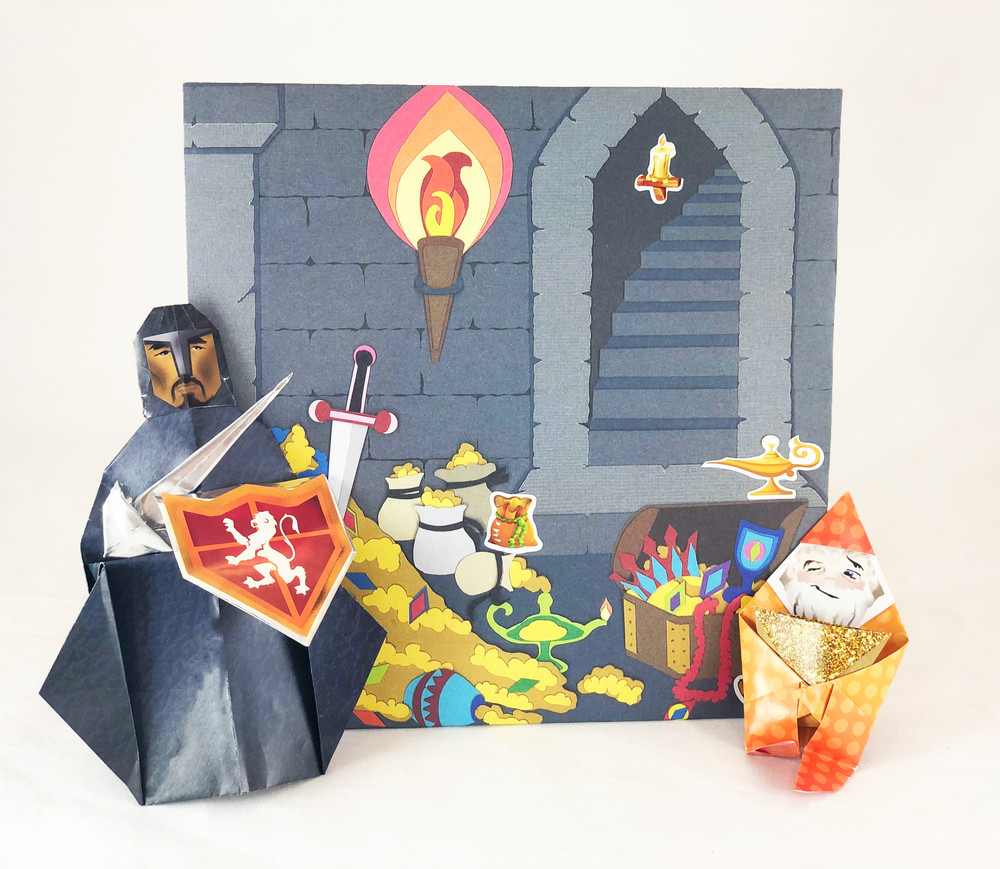 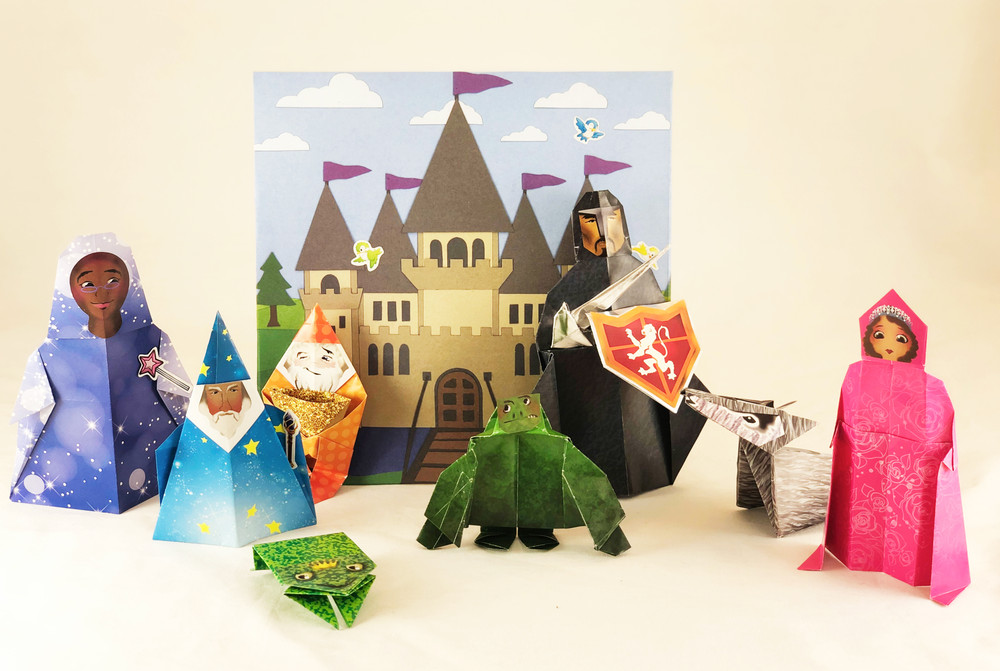 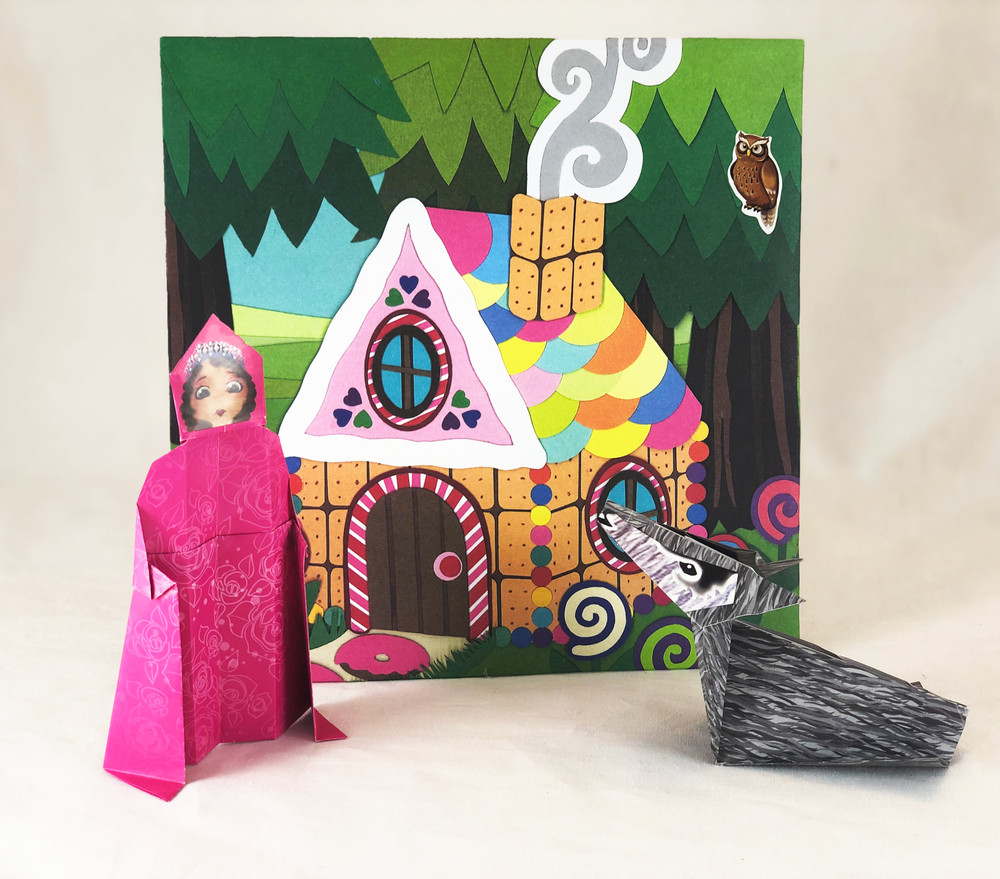 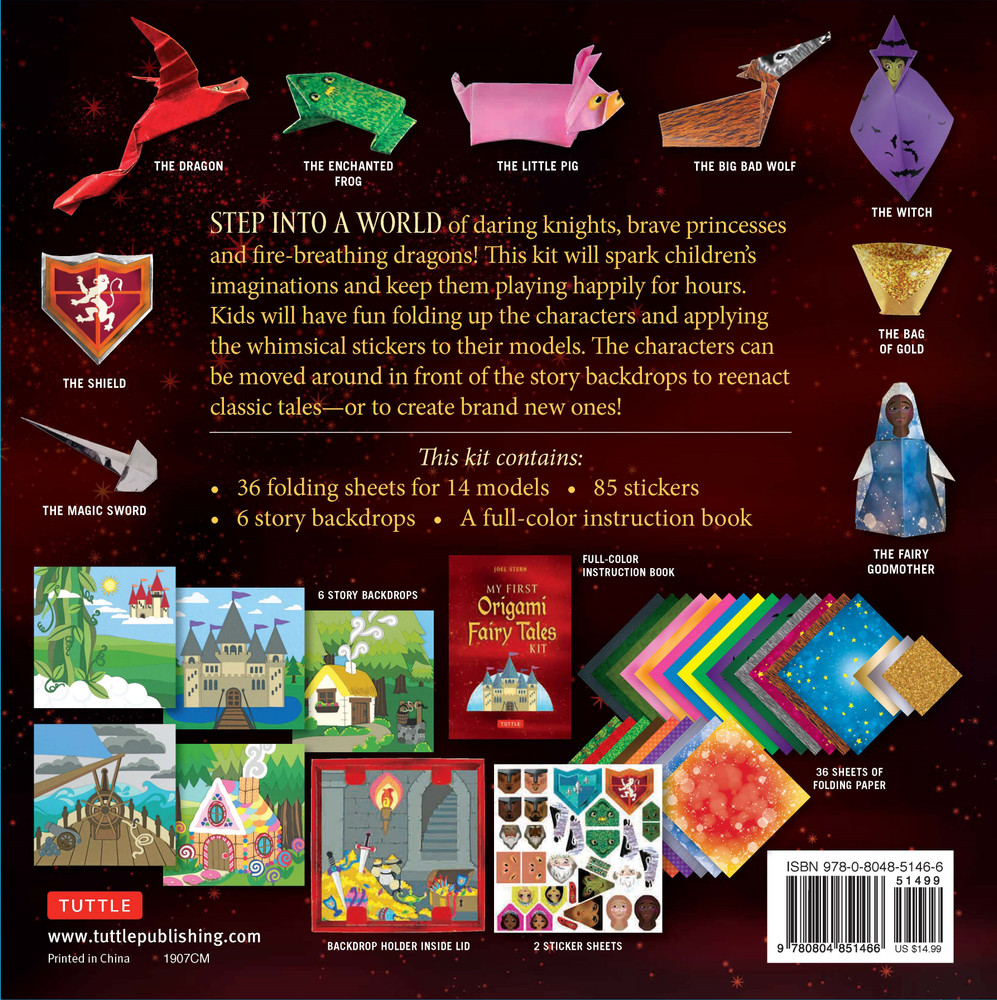 Step into a world of daring knights, brave princesses and fire breathing dragons!

Bestselling origami artist Joel Stern has created this engaging new kit to spark children's imaginations and keep them playing happily for hours without a computer screen. The easy-to-follow instructions and colorful folding papers in My First Origami Fairy Tales Kit make it easy to create your favorite characters and use them to tell stories.

Kids will have fun folding up the characters and applying dozens of fairy tale stickers to add finishing touches to their models. The characters can be moved around in front of the included story backdrops to reenact classic stories--or even to set off on brand new adventures!

This kit includes:The materials in this kit play up a child's own natural storytelling ability and imagination, using characters like the following:
This origami for kids kit is sure to inspire hours of play time, while also allowing kids to improve dexterity and learn about geometry (without them ever realizing it!) thanks to the practice of folding origami.


About the Author:
Joel Stern is the best-selling author of My First Origami Kit, Origami Zoo Kit and Origami Games for Kids Kit. He conducts origami workshops for kids of all ages in camps, schools, community centers and libraries. Joel is an administrator for OrigamiUSA and Pacific Ocean Paperfolders, and was the chairman of the 2017 Pacific Coast Origami Convention. His folded and pop-up paper creations have been exhibited in the U.S., Japan and Israel.