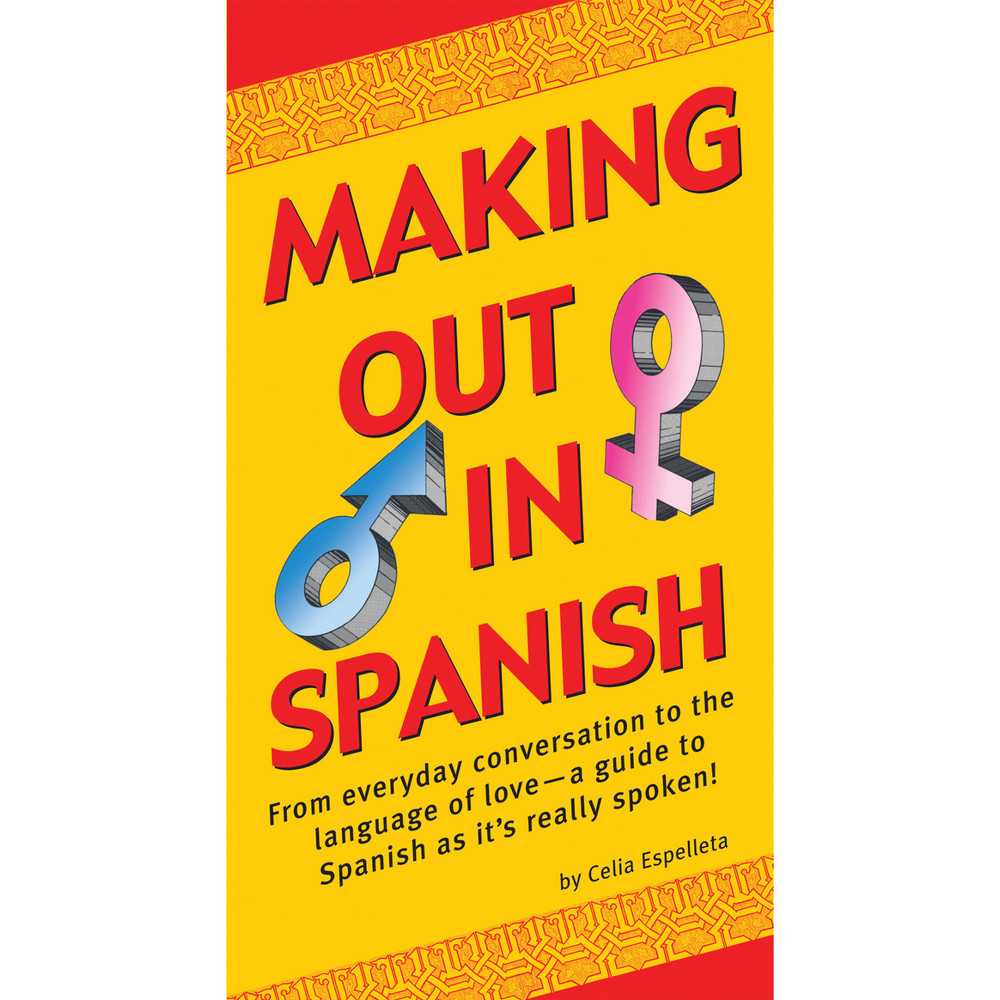 Planning a trip to Central America? Studying abroad in Spain? Then you need an authentic guide to Spanish as it's spoken in everyday situations! Whether ordering a meal, bargaining for clothes in a shop, or impressing an attractive member of the opposite sex, Making Out in Spanish covers it all.

Te adoro! Cuando puedo volver a verte? (I adore you! When can I see you next time?). Answer this correctly in Spanish and you may be going on a hot date. Incorrectly, and you could hurt someone's feelings! Spanish classes and textbooks tend to spend a lot of time rehearsing for the same fictitious scenarios, but Making Out in Spanish prepares you for real encounters that you may not be prepared for.

If you are a student, business traveler, or tourist traveling to Latin America or Spain and would like to have an authentic and meaningful experience, the key is being able to speak like a local. This friendly and easy-to-use Spanish phrasebook makes this possible. Making Out in Spanish has been carefully designed to act as a guide to modern colloquial Spanish for use in everyday informal interactions--giving access to the sort of catchy Spanish expressions that aren't covered in traditional language materials. As well as the Latin script, each expression is now given phonetically, making pronunciation a breeze.


About the Author:
Celia Espelleta's wide range of expertise includes degrees and certifications in Spanish, Catalan, English, and translation. In addition to editing and translation work for U.S. and Spanish publishers, she has also spent nearly two decades teaching languages and literature. She currently teaches high school Spanish.