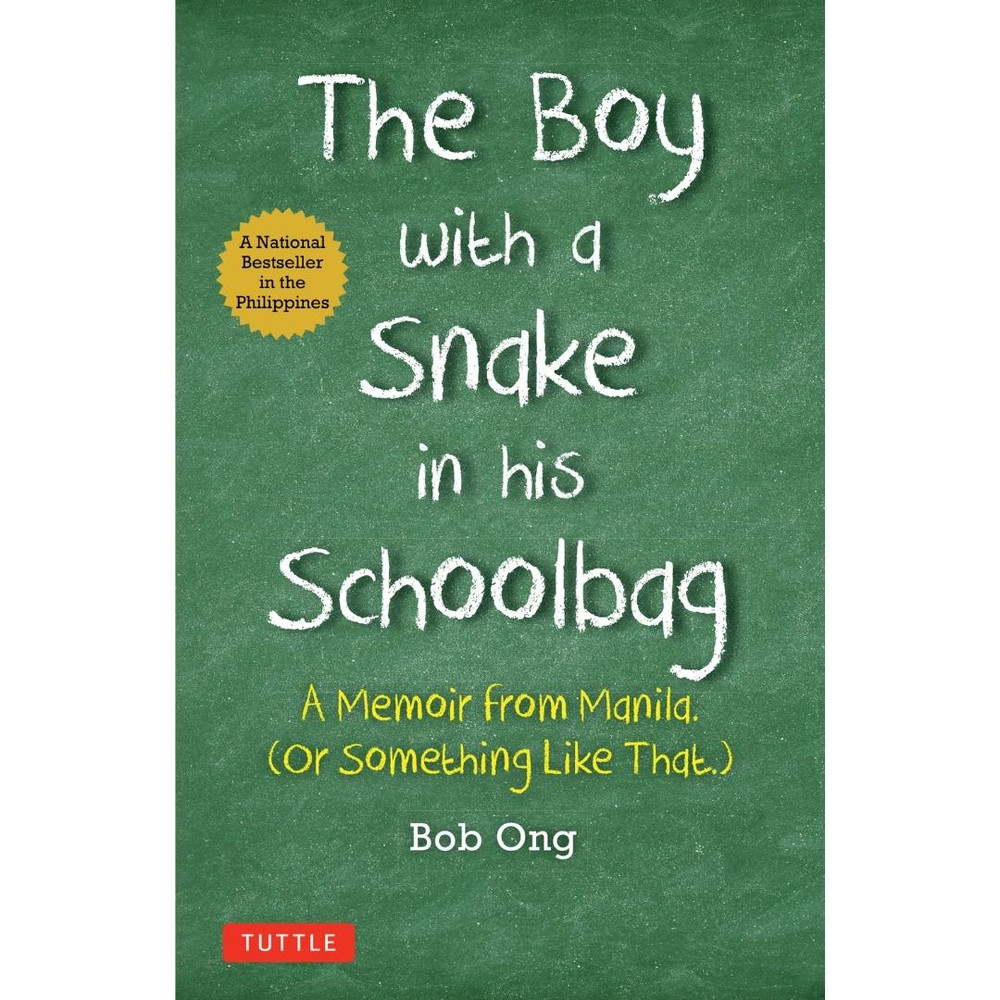 This humorous coming-of-age memoir follows the author from kindergarten through high school and college to his own experiences as a young teacher. Set in Manila, it explores universal themes of friendship, love, school life, depression, academic struggles and personal successes. A National Bestseller in the Philippines, the book also includes illustrations by award-winning cartoonist Freely Abrigo, a concept artist for Warner Brothers.

This collection of warm and humorous essays candidly chronicles Bob Ong's experiences growing up in the Marcos-era Manila of the 1980s. The author casts a satirical and nostalgic eye on the events of everyday life including:
Whether you're nostalgic for your own schooldays in the Philippines or simply want to enjoy an entertaining memoir set against the backdrop of a chaotic Asian city, this book is for you.


About the Author:
Bob Ong is a contemporary Filipino author known for his humorous depictions of Philippine life. His name, a pseudonym, came about when the author was working as a web developer and a teacher, and he put up the Bobong Pinoy (literally "dumb Filipino") website in his spare time. The Boy with A Snake in his Schoolbag is the translation of Bob Ong's first book ABNKKBSNPLAko? published in 2001. He has since published ten more books, two of which have been made into films, and six of which have sold more than a quarter of a million copies. The Boy with the Snake in his Schoolbag is the first of his books to be translated into English.

Freely Abrigo is a Filipino-born artist who has been working as an editorial cartoonist for over a decade, currently contributing his cartoons to a leading newspaper in the Philippines. He has recently invaded the world of toys as a toy designer, and he also works as a concept artist for Warner Bros for whom he has designed some DC characters. Instagram.com/freelyabrigo Facebook.com/freely.abrigo