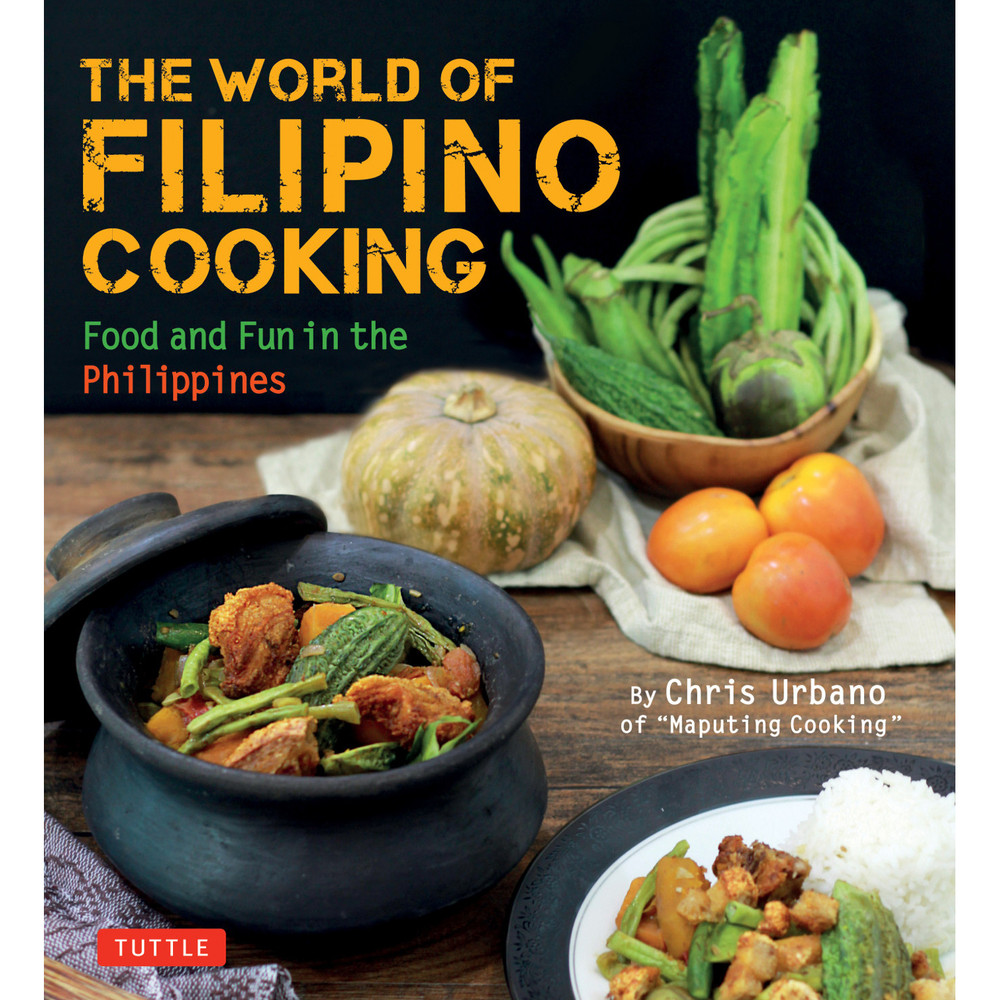 Let this Filipino cookbook introduce you to the tempting multicultural cuisine of the Philippines!

Home chef turned internet cooking sensation, Chris Urbano brings the world of Filipino cuisine and adobo cooking to your kitchen with over 90 easy-to-follow recipes. Filipino food is an exciting blend of flavors from China, Spain, Malaysia, and the Philippines' Indigenous community. World of Filipino Cooking brings you both the classic mainstays and Urbano's experimental takes on traditional dishes. Plus, all recipes are made with easy-to-find ingredients and cookware you already have in your kitchen, and the detailed instructions and photographs are geared to all levels of cooking expertise.

Bring Filipino cooking to your home kitchen with step-by-step recipes for dishes such as: From the markets of Metro Manila to the thousands of islands that span the country; these regional Filipino recipes will tempt those familiar with Filipino cooking as well as those ready to experience the flavors of the Philippines for the first time!


About the Author:
Business consultant and self-styled food entrepreneur Chris Urbano is an Australian expat living with his wife and two children in Metro Manila, the Philippines. After growing up with a passion for food and wine, he earned Bachelor's degrees in both Asian Studies and Economics from the Australian National University, where he graduated with High Distinction. He also studied Tagalog and Philippine politics in Manila, as well as the Bahasa Indonesian language in Java. His bilingual, online cooking show "Maputing Cooking" has attracted an enthusiastic following of Filipinos and non-Filipinos alike, and has made Urbano one of the biggest figures bringing worldwide awareness to the wonders of Filipino cuisine.