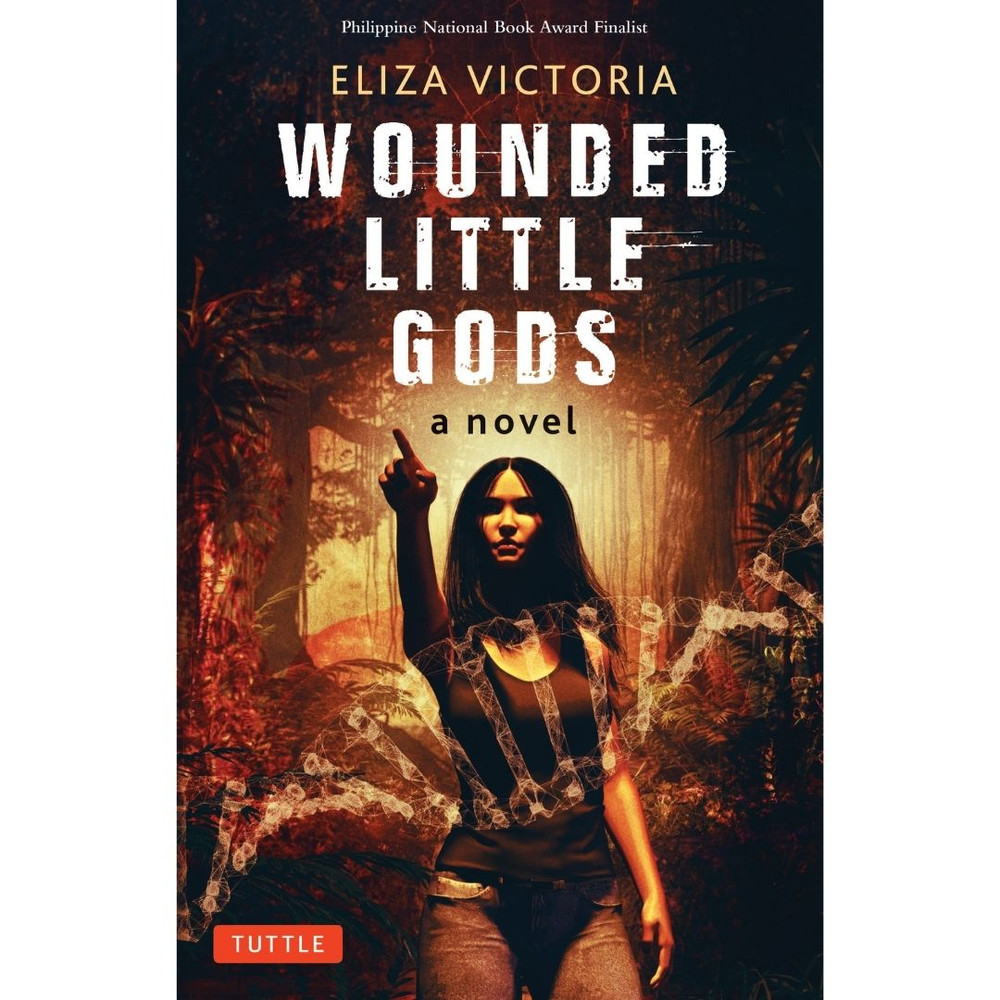 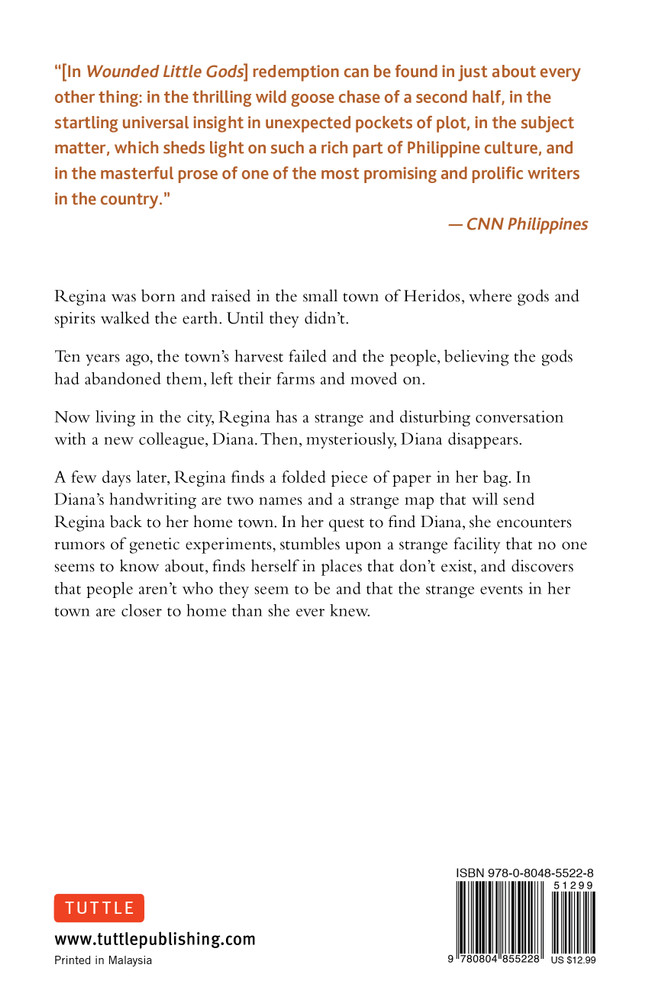 Regina was born and raised in the small town of Heridos, where gods and spirits walked the earth.

Ten years ago, the town's harvest failed utterly, and the people---believing the gods had abandoned them--left their farms and moved on.

Now living in the city, Regina has a strange and disturbing conversation with a new colleague, Diana. Then, mysteriously, Diana disappears.

A few days later, Regina finds a folded piece of paper in her bag. In Diana's handwriting are two names and a strange map that will send Regina back to her home town. In her quest to find Diana, she encounters rumors of genetic experiments, stumbles upon a strange facility that no one seems to know about, finds herself in places that don't exist, and discovers that people aren't who they seem to be and that the strange evens in her town are closer to home than she ever knew.

Wounded Little Gods is a tale that brings mythology to a sci-fi thriller that's filled with a sense of place--a place where gods are in many ways human and point to the ways in which humans can be inhumane.


About the Author:
Eliza Victoria is the author of several books including the Philippine National Book Award-winning Dwellers, the graphic novel After Lambana, and others. Her fiction and poetry have appeared in several online and print publications including LONTAR: The Journal of Southeast Asian Speculative Fiction, The Dark Magazine, and The Apex Book of World SF, among others. Her work has received top Philippine literary awards, including the Carlos Palanca Memorial Awards for Literature. elizavictoria.com