Brian Ashcraft is a senior writer for the video gaming site Kotaku and a columnist for The Japan Times. He was previously a contributing editor at Wired Magazine. Brian is the author of Tuttle's Japanese Whisky, Japanese Tattoos and Japanese Schoolgirl Confidential. Originally from Texas, he has called Osaka home since 2001.

We chatted with Brian about his brand new book The Japanese Sake Bible!

Can you tell us a bit about how you ended up in Japan and how you became interested in Japanese drinks?

I've always been interested in Japan since I was a little kid. After I graduated from university, I was originally going to move to Japan for a few months—and that end with me being in Osaka for nearly two decades.

Growing up, my parents had several sake sets in the bar in our house. I remember looking up at them, seeing how different they looked from the German beer steins and the antique Kentucky Derby glasses next to them. My mom was into sake in the late 1960s and early 1970s, and I remember her talking about this drink. When I moved to Japan, I had my first sake. Then, after I wrote an article for Wired Magazine on absinthe, which helped the drink finally become legal in the United States, I started visiting sake breweries in 2005. The first sake brewery I visited was in Nara. I was blown away by how sake was made. The process was so complicated, and the resulting sake was so amazing. At that point, I was truly hooked. 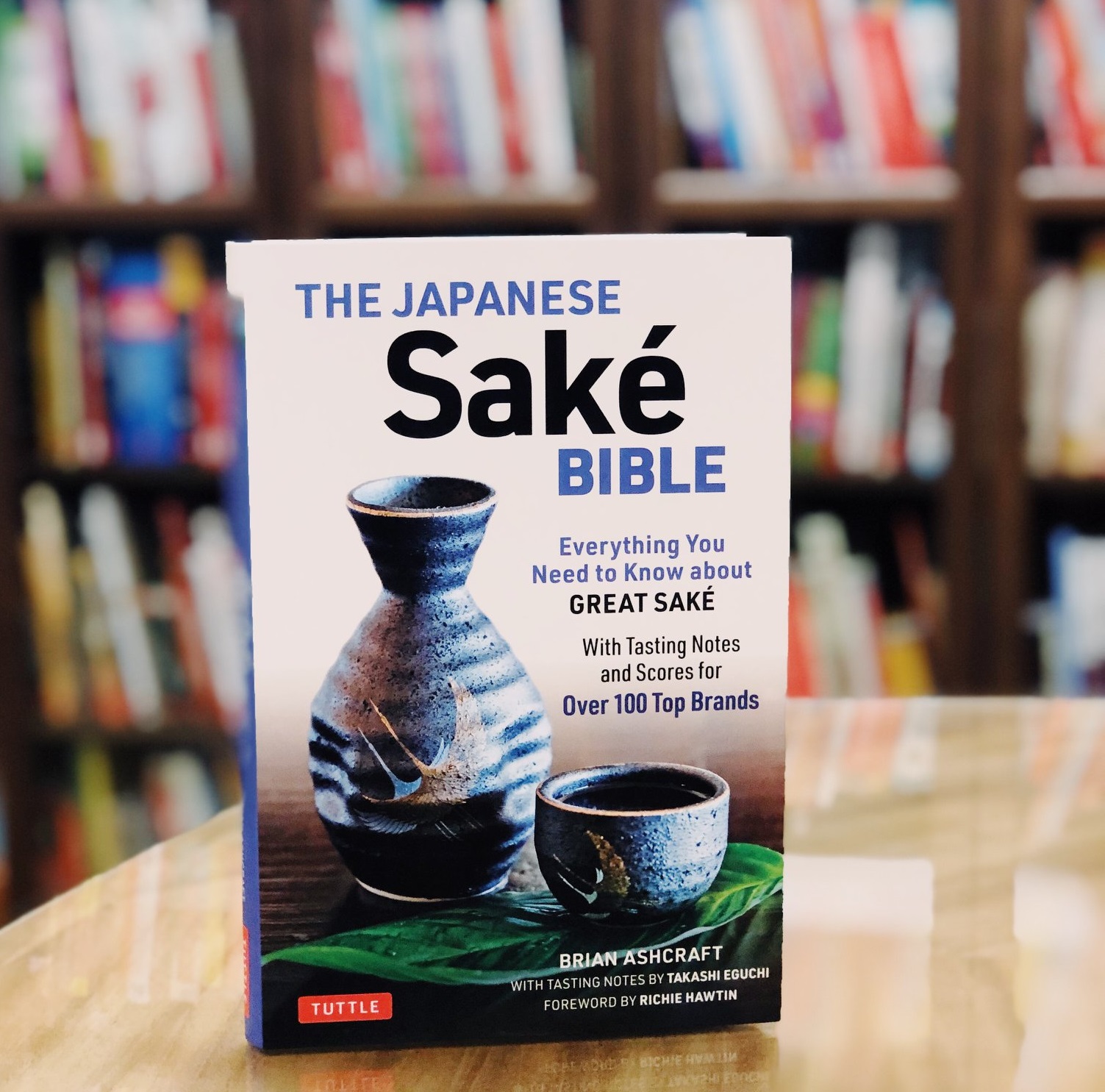 Why did you want to write this book?

I love sake. It's Japan's gift to the world. Outside Japan, it needs to take its rightful place in the mainstream, alongside wine, beer, and whisky. Sake should not be a niche drink. Internationally, there are people who know a great deal about sake and understand the beverage deeply, but among the wider public, compared to other alcoholic drinks, there isn't the same general, working knowledge. I wanted to write a book that would appeal to help get the word out about how special and wonderful sake is.

What's a common misconception about sake in the West? And what's one thing everyone should know about it?

There are a couple. One is that only bad sake is served hot. This is simply not true. Part of the fun of sake is that it can often be served many different ways. In summer, you can drink wonderful, chilled sakes, and in winter, you can drink delicious hot ones. This not only makes drinking sake fun and keeps it from getting dull, but it also makes all sorts of food pairings possible.

That leads me to another misconception I often hear in the West—namely, that sake is only best with Japanese food. It's also great with lots of different kinds of food! French cheese, American BBQ, Mexican food—different sakes can pair well with a variety of dishes and cuisines. The way sake can be enjoyed with food is one of my favorite things about it. 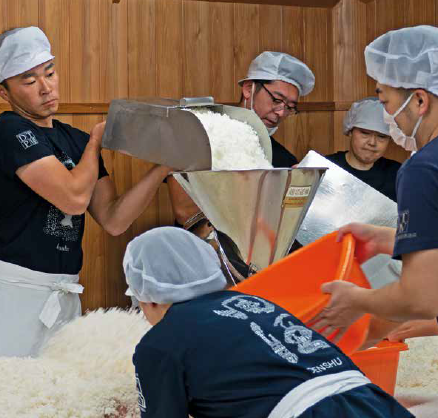 How did you connect with foreword writer Richie Hawtin?

If I could tell my 16-year-old self that Richie Hawtin would write the foreword for one of my books, I think my head would explode! He is a very famous and very talented musician and DJ. He's also deep into sake with his curated label ENTER.Sake and his own sake establishment SAKE 36. I thought he would be a great person to write the foreword because he, like myself, is vested in bringing the drink to the biggest audience possible.

I reached out to him, and he kindly agreed to take a look at the book, saying if he liked it, he would pen the foreword. I was delighted to hear he loved the book and that he agreed to participate. I think he wrote a terrific foreword, and I'm honored he's a part of this project.

How did you connect with your co-author Takashi Eguchi?

I was looking for a collaborator to do the tasting notes, and I wanted to work with someone who not only had an engaging way of describing sake flavors, but also could come up with useful serving suggestions and pairings. I really liked Eguchi-san's blog, and I reached out to him. He lives in neighboring Kyoto, so we meet up, and we immediately hit it off, talking incessantly about sake. I really enjoy our conversations, and for me, that's key for a successful collaboration. It's in those conversations that the book takes shape.

We chatted all the time—about sakes we liked, sake history, flavors and aromas, and food. Hopefully our obsessive passion comes through in the book! I love the insightful and interesting tasting notes he wrote for The Japanese Sake Bible. They're great! 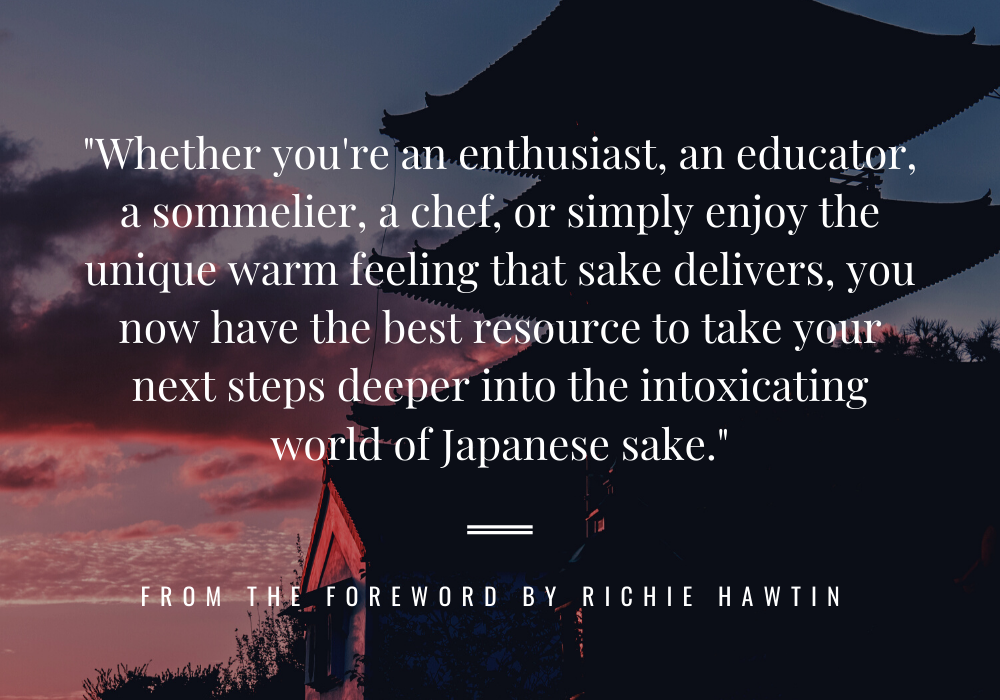 For this book you conducted dozens of interviews with master brewers and sake experts—is there one moment from those interviews that really stuck with you?

In total, between Eguchi-san and I, we visited well over 150 breweries while working on this book. Out of those, I visited over a hundred—and Eguchi-san always seems to be heading off to another brewery. The travel for this book was extensive, with me going from one side of Japan to the other. Eguchi-san even traveled to Mexico, Taiwan, and Brazil to visit breweries! This was a massive project, which is expected because sake is a massive subject matter.

Because it's such a big subject matter, I did a huge number of interviews. I interviewed numerous master brewers, brewery owners, and brewers as well as people working in agriculture, research scientists, and even a Shinto priest! Whenever I do a book, I try to do as many interviews and as much research as possible. I love talking to people about what they do and make. For sake, it's particularly special.

For me personally, one moment that really stood out was when I drove up to Kinoshita Shuzo, makers of the Tamagawa-branded sake, in northern Kyoto. Even though Osaka is right next to Kyoto Prefecture, this brewery is only a few minutes away from the coast of the Sea of Japan. It's quite a drive from Osaka. Its master brewer, Philip Harper, is the first Westerner to become a toji (master brewer). He makes some of the best, and most interesting, sake in Japan, but for me, what made this interview so special was that Kinoshita Shuzo was one of the first sake breweries I visited back in 2005. I remember meeting him briefly at that time. Driving up to the brewery, so many memories of that first visit came flooding back. I remembered the side roads and the approach to the brewery. I felt like my journey to the heart of sake had come full circle. 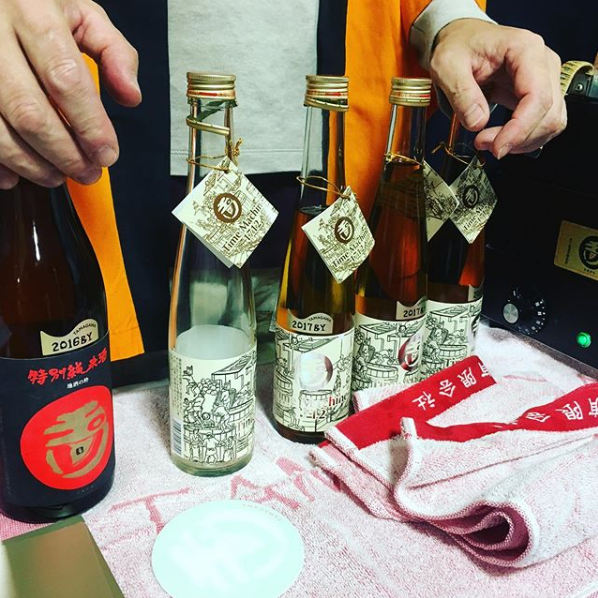 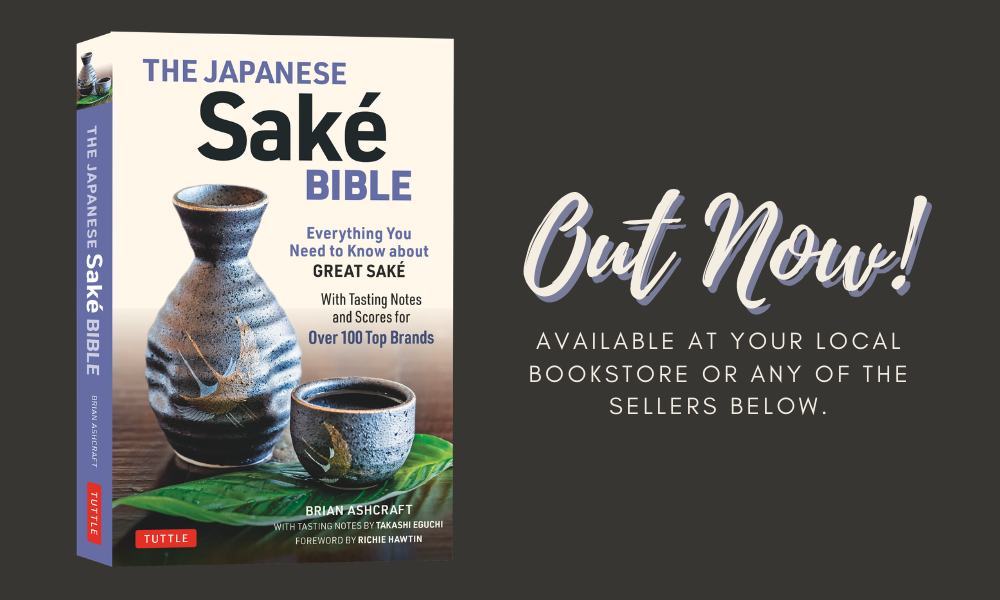