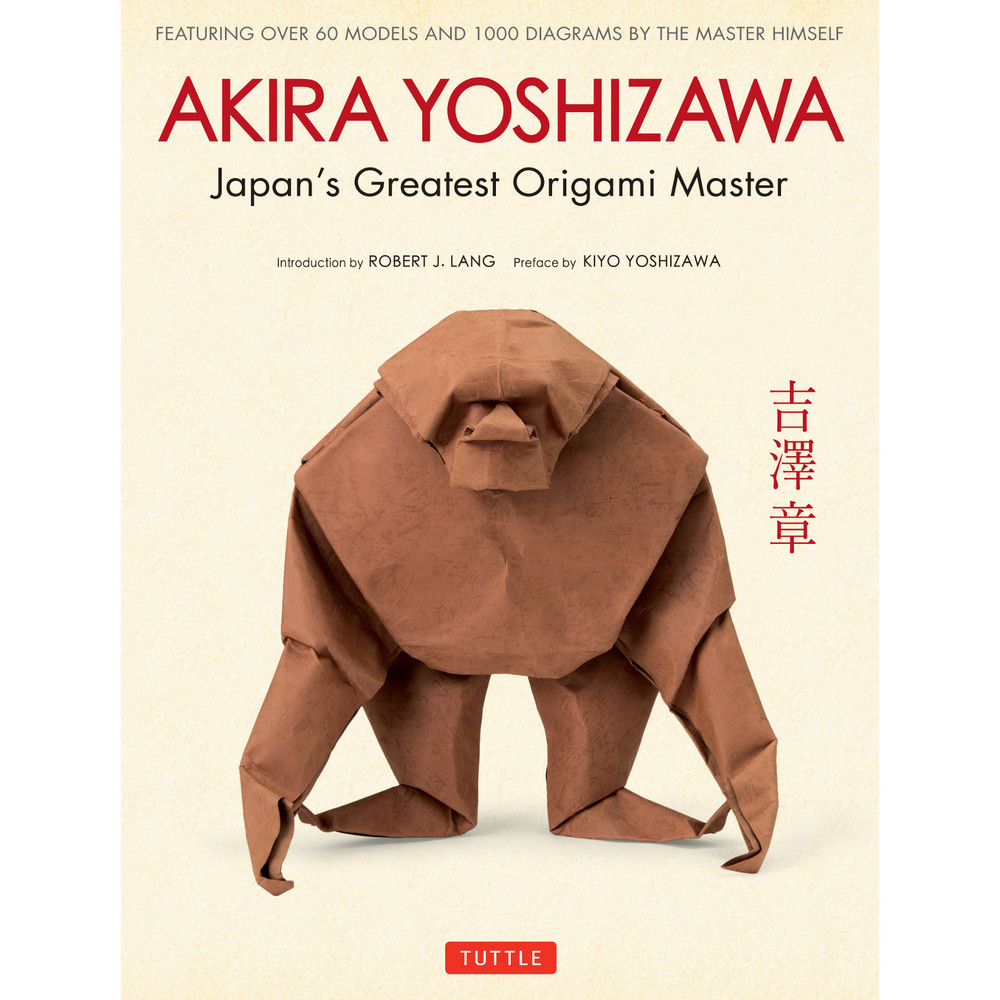 This collection of projects by the "father of modern origami" contains detailed instructions for 60 of the master's original works.

Master origami artist Akira Yoshizawa was a true innovator who played a seminal role in the rebirth of origami in the modern world. He served as a bridge between past and present--between the ancient traditional craft and the development of origami as a contemporary practice--inventing new techniques and in preserving the traditional Japanese forms. In fact, the notational system of diagrams widely used today to indicate how models are folded was developed mainly by him. Above all, Yoshizawa was responsible for elevating origami to the status of an art form.

This beautiful origami book is the first comprehensive survey of the extraordinary work of Akira Yoshizawa. In addition to 60 models from his private collection, it features over 1,000 original drawings by the artist, and English translations of his writings in Japanese on origami, all of which are published here for the very first time.

Origami projects include: Akira Yoshizawa also contains an explanation of the Master's personal philosophy of origami by Yoshizawa's widow, Kiyo Yoshizawa and an insightful introduction from Robert Lang, a leading artist and exponent of origami art in the West.


About the Author:
Born in 1911, Akira Yoshizawa is the father of modern origami. The publication of his first collection of models in the early 1950s caused a major sensation. In 1954, he founded the International Origami Centre in Tokyo. In 1955, his original works were exhibited for the first time at a show in Amsterdam, an enormously successful event that introduced him to the West. It was during these years that he came up with a system of notation based on a series of symbols and graphic signs indicating various types of folds and thus created a method that was later adopted by many origami artists and is still in use today. In subsequent decades Yoshizawa folded and taught origami, published books on the art, and participated in innumerable events on an international scale. As his fame spread throughout the world, he came to be seen as the most distinguished representative of the art, a pioneer of many techniques used in modern origami. Yoshizawa died in 2005, on the day of his 94th birthday.

Preface:
Kiyo Yoshizawa married the Master in 1956 and became his manager from that point on. After her husband's death, she worked on preserving and disseminating his legacy throughout the world, directing and supporting the International Origami Centre with her constant activity, and passing down the artist's original techniques, including wetfolding, one of his inventions. In recent years, she has organized various exhibitions abroad to help the broad public understand Yoshizawa's works even better.

Introduction:
Born in 1961, Robert J. Lang has been deeply involved in origami since the age of six, when he discovered several instructions for traditional designs in a library book. This early beginning ignited a lifelong passion for the art. He is now considered one of the leading origami artists in the world, with hundreds of original creations to his credit, as well as 14 books authored, co-authored, or edited on the art, numerous articles and instructions published in origami periodicals, and he regularly lectures and teaches origami at conventions and workshops around the world. He has a Ph.D. in Applied Physics from Caltech, and has used his mathematical and engineering training to advance origami, both artistically and in its applications to science and technology. In his origami career, he has drawn from many sources and influences, not least of which is the work of Yoshizawa-sensei. Yoshizawa's techniques, both technical and artistic, played a major role in Lang's own origami evolution, and he is honored to be able to contribute to this work of the master.

Photographer:
Born in 1958 in the prefecture of Chiba, Kazuo Hamada graduated from the Tokyo School of Photography and began freelancing in 1984. In 1990 he founded his own photography studio, and today he collaborates with Tokyo's prestigious Pacific Press Photo Agency. He has won the 21st Japan's Advertising Photographers' Association Award (APA) and other important prizes. His works have been exhibited in many photography exhibitions in Japan and abroad.