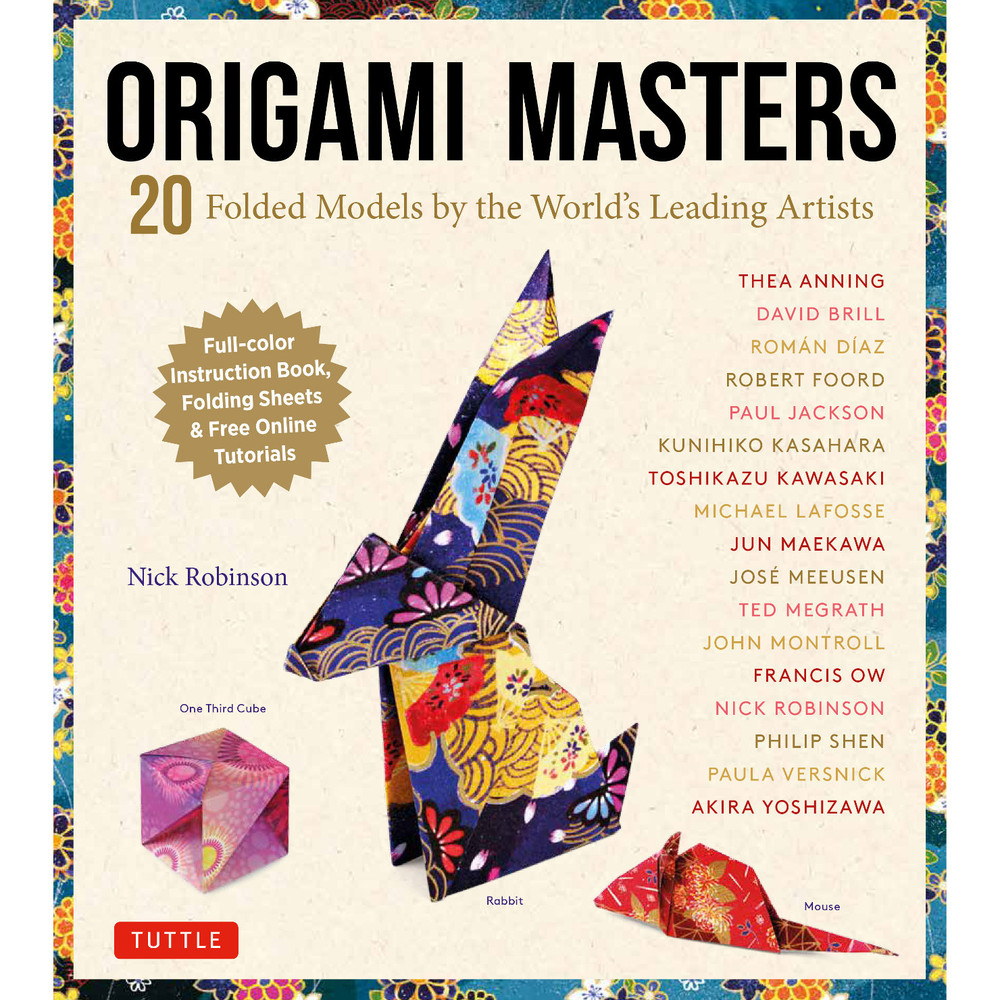 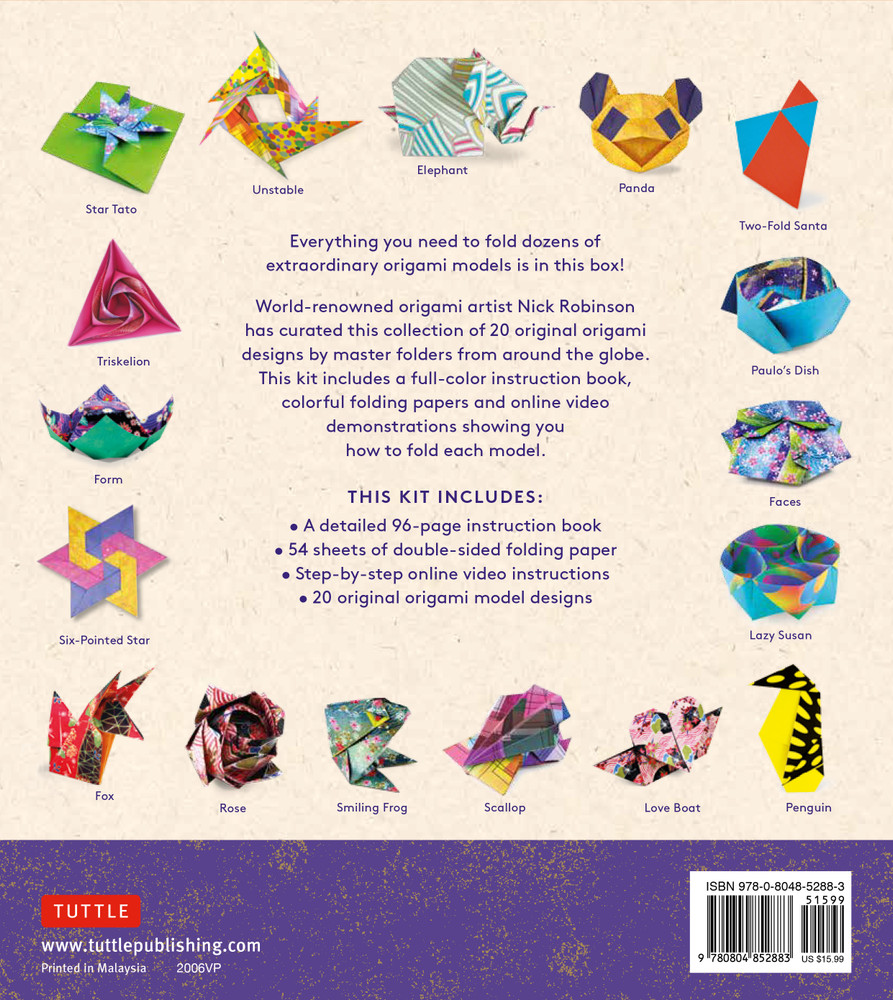 In Origami Masters Kit, origami artist and author Nick Robinson presents 20 delightful designs by master paper folders from around the globe. This kit has everything you need, including a full-color instruction book, 54 high-quality, double-sided folding papers and an online video tutorial for each model.


About the Author:
World-renowned origami artist and author Nick Robinson has been folding paper since the early 1980s and has been a member of the British Origami Society for over 25 years. In 2004 he was awarded a medal by the society--the highest award the society can offer. He is a frequent speaker and guest exhibitor at origami conventions around the world. Nick has authored over 60 origami books and lives in Sheffield, England. (www.origami.me.uk)