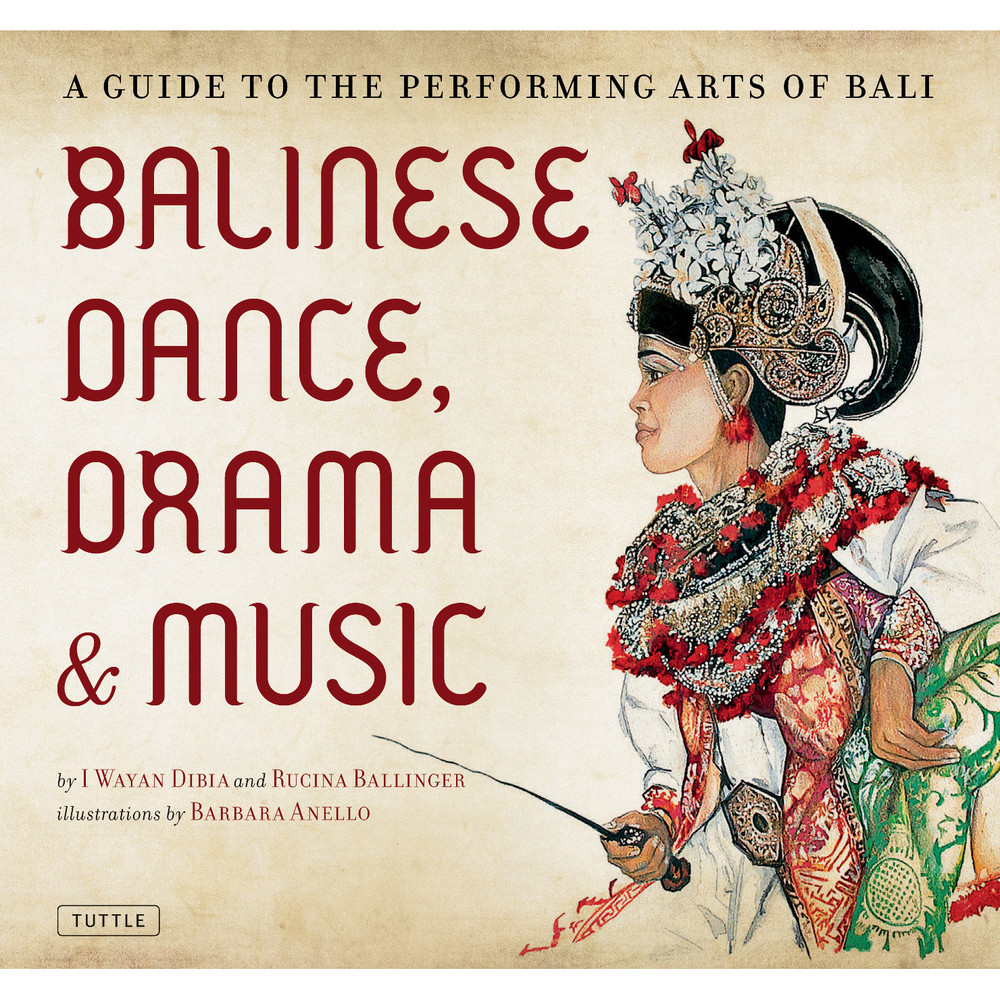 Bali has long been known for its deep spirituality and extraordinary artistic heritage.

The dances, dramas, puppetry and music of Bali are more than icons for the island; they are part and parcel of life--as expressions of devotion to the gods, as entertainment, and as a way of instilling cultural values on each generation. Balinese Dance, Drama & Music is a lavishly illustrated introduction to Bali's celebrated temple orchestra, the gamelan, to its ancient shadow puppet theater, and to a myriad of traditional and contemporary dances and dance-dramas that continue to enthrall locals and visitors alike.

Ideal reading for visitors to the island as well as for anyone interested in Balinese culture, the book presents the history and function of each performance genre, with illustrations and photographs to aid in identification. Introductory sections discuss the way performing arts are learned in Bali and the basic Balinese values which are passed on in these forms, as well as some of the basic religious and cultural tenets that are expressed in the arts and the functions of the forms themselves.

Different sections describe particular forms of performing arts, such as Gong Angklung, Legong, the Keraton dance, Wayang Kulit, and the new phenomenon of women's gamelan groups, the evolution of each and the place it has in the culture of Bali. The book is enhanced with a bibliography and discography and over 150 specially prepared watercolors of Balinese performers and performances.


About the Author:
Dr. I Wayan Dibia is a dancer, musician and, more especially, a choreographer. He received his Ph.D. from the University of California in 1992 and a professorship in choreography from the College of Indonesian Arts in Denpasar in 1999.

Rucina Ballinger is an American educator and lecturer on Balinese culture. She is an accomplished dancer and gamelan player and has toured extensively with various Balinese groups. She has lived in Ubud with her Balinese husband and two sons since 1985.

Barbara Anello, artist and educator, has exhibited worldwide. She lives in Siem Reap and the Atlas Mountains of Morocco. The paintings shown here were specially prepared for this book.