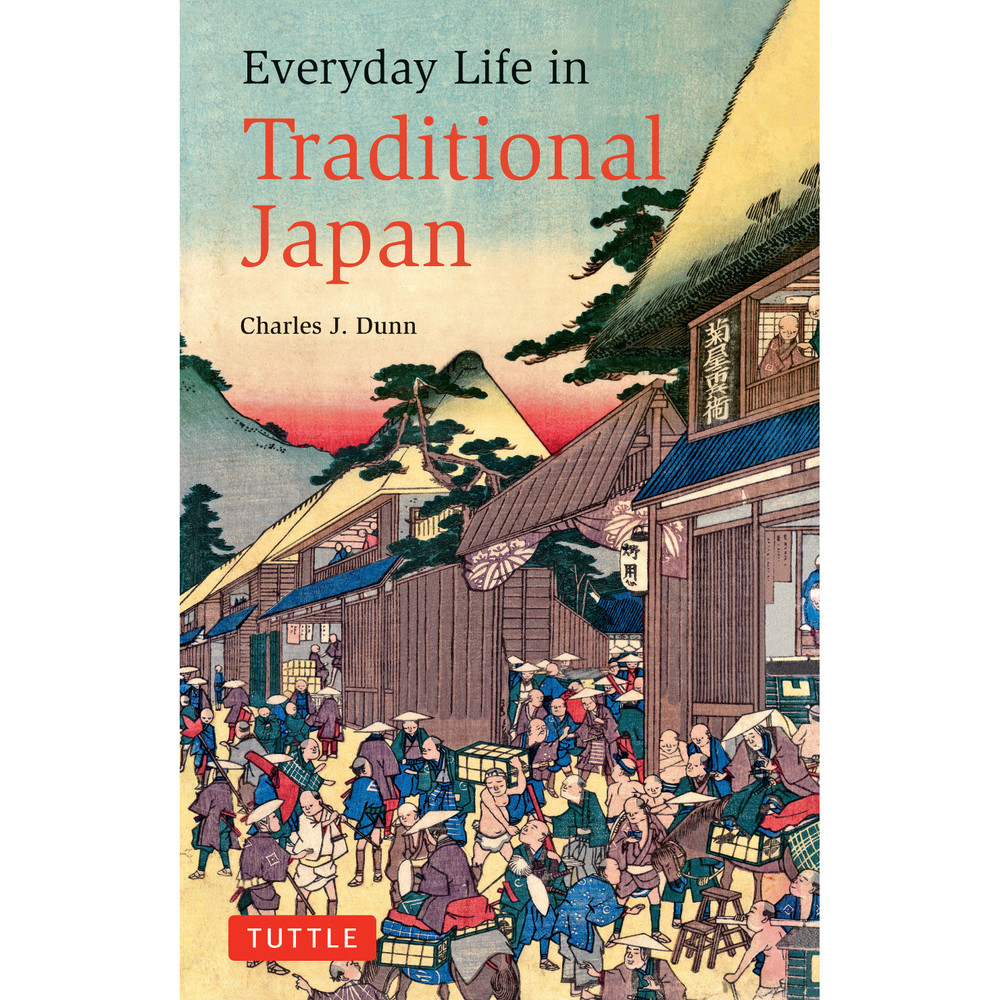 Everyday Life in Traditional Japan paints a vivid portrait of Tokugawa Japan, a time when contact with the outside world was deliberately avoided, and the daily life of the different classes consolidated the traditions that shaped modern Japan.

With detailed descriptions and over 100 illustrations, authentic samurai, farmers, craftsmen, merchants, courtiers, priests, entertainers and outcasts come to life in this magnificently illustrated portrait of a colorful society. Most works of Japanese history fail to provide enough details about the lives of the people who lived during the time. The level of detail in Everyday Life in Traditional Japan allows for a more informed picture of the history of Japan.

In fascinating detail, Charles J. Dunn describes how each class lived: their food, clothing, and houses; their beliefs and their fears. At the same time, he takes account of certain important groups that fell outside the formal class structure, such as the courtiers in the emperor's palace at Kyoto, the Shinto and Buddhist priests, and the other extreme, the actors and the outcasts. He concludes with a lively account of everyday life in the capital city of Edo, the present-day Tokyo.


About the Author:
Charles J. Dunn was the Reader in Japanese at the School of Oriental and African Studies, University of London. He lived and traveled extensively in Japan.