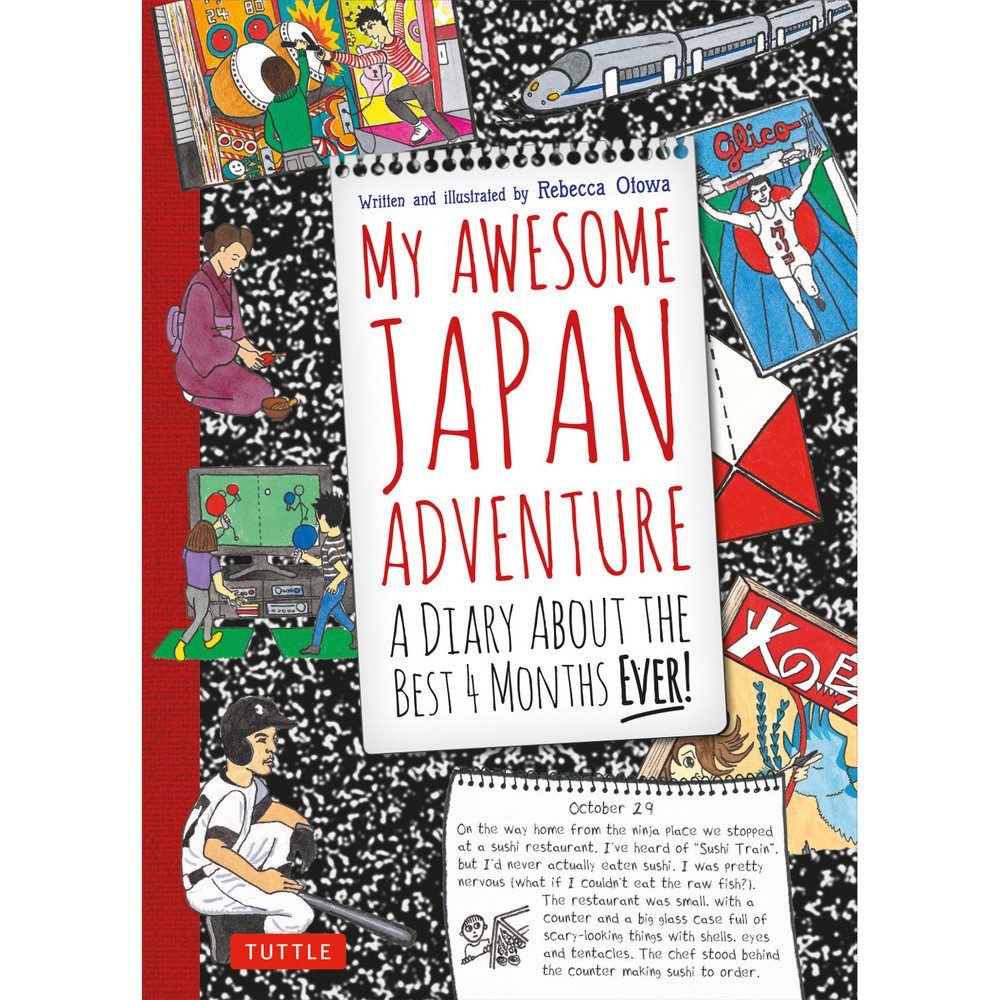 A perfect introduction to Japanese culture for kids, My Awesome Japan Adventure is the diary of an American fifth grader who travels to Japan to spend four exciting months with a Japanese family as an exchange student. He records all his adventures in this diary so that he can tell his friends back home about what he did and saw during his time in Japan. With the help of a Japanese foster brother and sister, he visits a Ninja village, tries new foods, learns brush painting, and gets the inside scoop on daily life in a Japanese school. Readers of all ages will love experiencing life in Japan from a kid's point of view!

Dan's adventures include: My First Week of School, Visiting a Ninja Village, Fun with Origami, Practicing Aikido, Making Mochi, and much more… As a multicultural children's book, My Awesome Japan Adventure is perfect for kids who want to explore another culture and have fun in the process!


About the Author:
Originally from California, Rebecca Otowa is a writer, painter and teacher who—during her thirty years in Japan—has become a wife, mother, grandmother, and the chatelaine of a 350-year-old farmhouse in Shiga, Japan. She is the author of At Home In Japan.