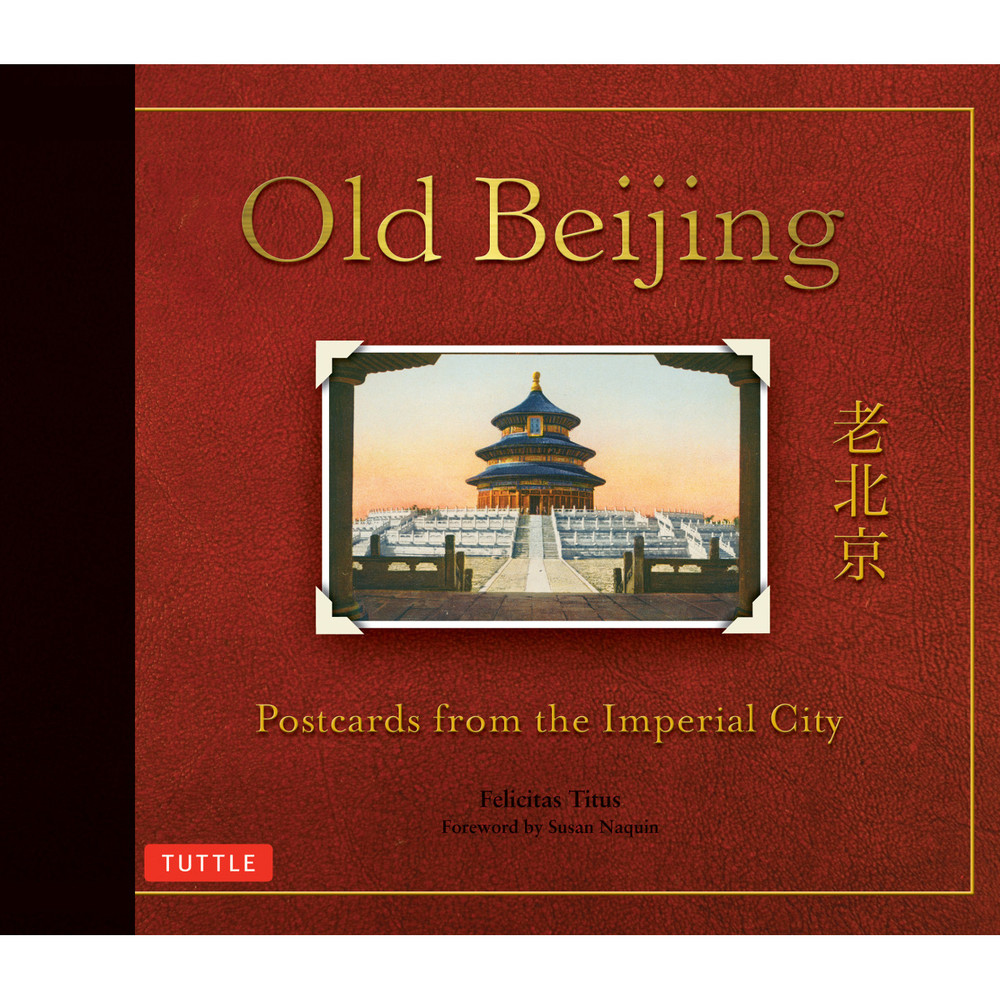 This collection of rare and vintage postcards offers a unique look at a vanished China and its storied capital.

Comprising 355 black-and-white and hand-tinted Beijing photography postcards that span the period from the last years of Imperial China to the Japanese invasion of 1937, it is a treasure trove for buffs of Beijing history, collectors, Sinophiles, and anyone fascinated by people and cultures from times past.

Readers will enjoy the wide selection of images showing different aspects of the life of old Peking--from the arrival of a camel train at a city gate to hand-colored views of the Forbidden City and an array of vendors, street performers, officials, gentry, commoners, and foreign tourists. Several chapters present the city's distinctive Beijing architecture--its walls and gates, towers, fountains, temples, pagodas, memorial arches, and public or imperial buildings, including the Summer and Winter Palaces and the Ming Tombs. Other chapters of Chinese photography look at the Manchu rulers, street life, the Legation Quarter and Western presence, and the Great Wall.

Included are some rare scenes depicting the aftermath of the Boxer Rebellion and 1911 revolution; Manchu fashion, colorful means of transportation, and the coming of the railroad. Of particular note are images of the Empress Dowager, the child emperor Puyi, and other personalities at the Manchu Court. The book also includes eight color postcards of paintings by the famous artist Carl Wuttke and rare cards showing etched drawings of the Old Summer Palace--now only a field of ruins.

The author, who was born and lived in China before 1949, has written an informative introduction to each chapter as well as a general introduction to classical Beijing. A foreword by historian and Beijing expert Susan Naquin situates this collection at once as a precious record of old Peking and a revealing snapshot of Western views of China in the first golden age of tourism.

Old Beijing: Postcards from the Imperial City offers a visual time capsule of both Beijing's history and traditional Chinese culture in a unique and revealing postcard format.


About the Author:
Felicitas Titus grew up in the foreign concession in Hankow, China, under Chiang Kai-shek, at a time when traditional Chinese culture still flourished. She visited old Beijing, then known as Peking, as a child and later studied there for two and a half years, during World War Two. She experienced the Japanese attack on Shanghai in 1937, left Hankow during the allied bombardments, and worked in postwar China until the Communist victory in 1949. She eventually completed her education in the United States and taught college there. Her nostalgia for China prompted her to begin collecting these vintage postcards. She still considers China her homeland.

Foreword writer, Susan Naquin is professor of History and East Asian Studies at Princeton University, is the author of Millenarian Rebellion in China, Shantung Rebellion, and Peking: Temples and City Life, 1400-1900. She is also coauthor with Evelyn Rawski of Chinese Society in the Eighteenth Century and coeditor of Pilgrims and Sacred Sites in China.