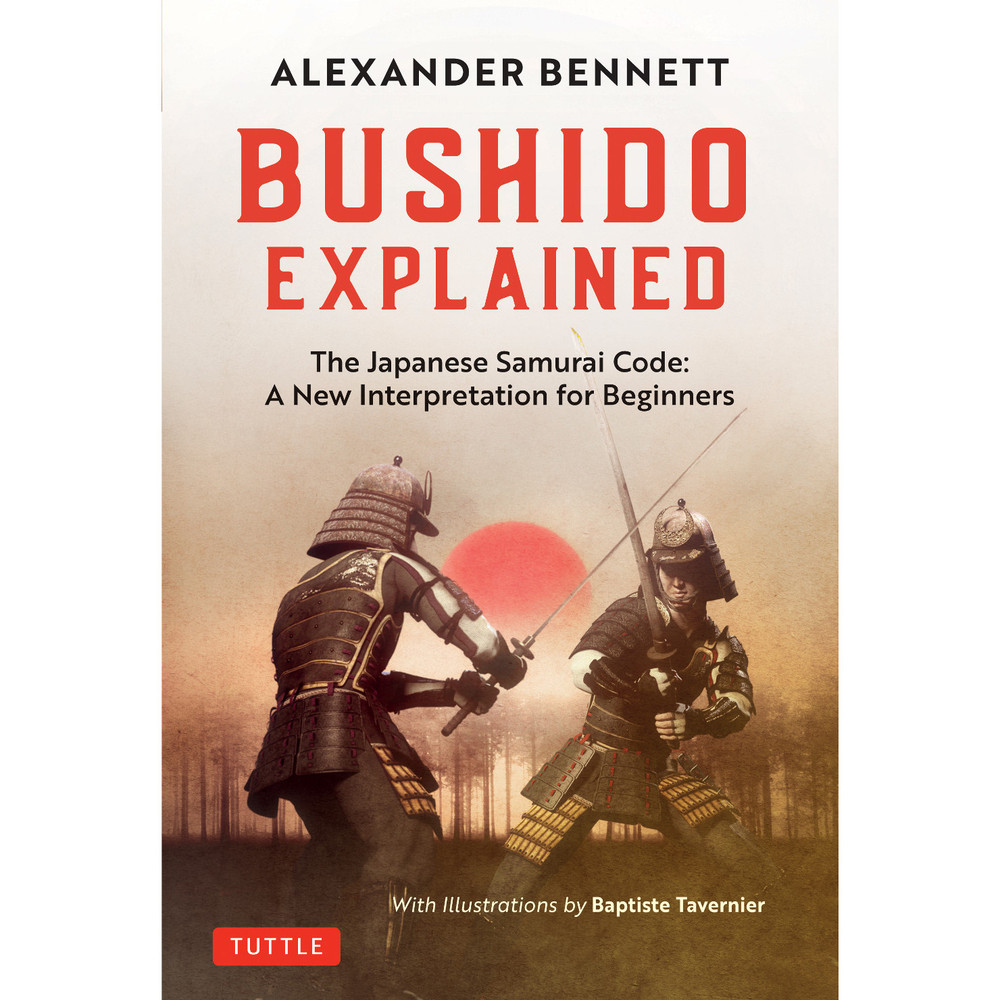 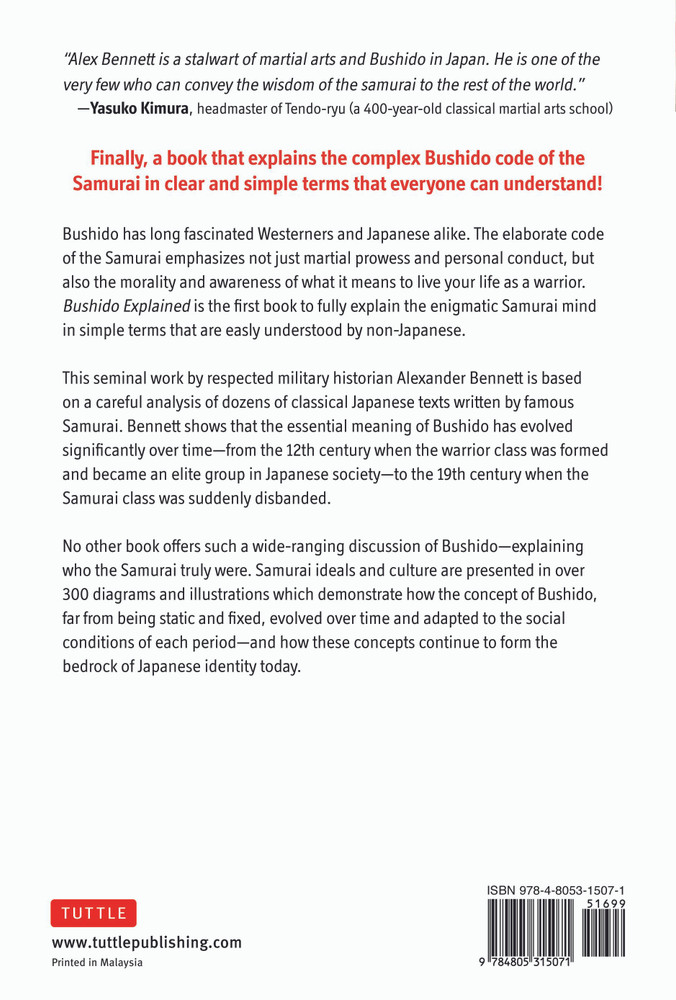 This seminal work by historian Alexander Bennett presents a broad overview of the Japanese "Way of the Warrior" as it is expressed in scores of classical Japanese texts written by famous Samurai themselves.

Bushido Explained takes a visual approach to presenting important concepts and terminology, helping readers easily navigate the complex world of the Samurai. The text is written in a highly accessible style, with sidebars presenting interesting concepts, facts and important Samurai figures who were central to Bushido's evolution. The different types of Bushido--which vary by region, time period and Samurai rank--are presented with over 300 informative diagrams and illustrations.

No other book offers such a wide-ranging, yet clear analysis of Bushido--debunking myths and misconceptions about who the Samurai truly were. Bushido Explained presents a precise overview of Samurai ideals and culture in a logical, chronological order.

Author Alexander Bennett--a professor of Japanese history, martial arts and Budo theory at Kansai university in Japan--uses this information and teaching methods in his Japanese Studies: Introduction to Bushido class. Now, readers all over the world can sit in on the unique lesson.


About the Author:
Alexander Bennett is a professor of Japanese history, martial arts and Budo theory at Kansai University. He co-founded and publishes Kendo World, the first English-language journal dedicated to Kendo. He holds black belts in several martial arts--Kendo Kyoshi 7-dan, Iaido 5-dan and Naginata 5-dan. His published works include Japan: The Ultimate Samurai Guide and Hagakure: The Secret Wisdom of the Samurai.

Baptiste Tavernier is an artist and martial artist based in Japan. He has studied martial arts at the International Budo University in Chiba for 7 years and has written several articles and books on the topic of martial arts. He has exhibited his artwork in cities worldwide including Tokyo, Taipei and Miami.