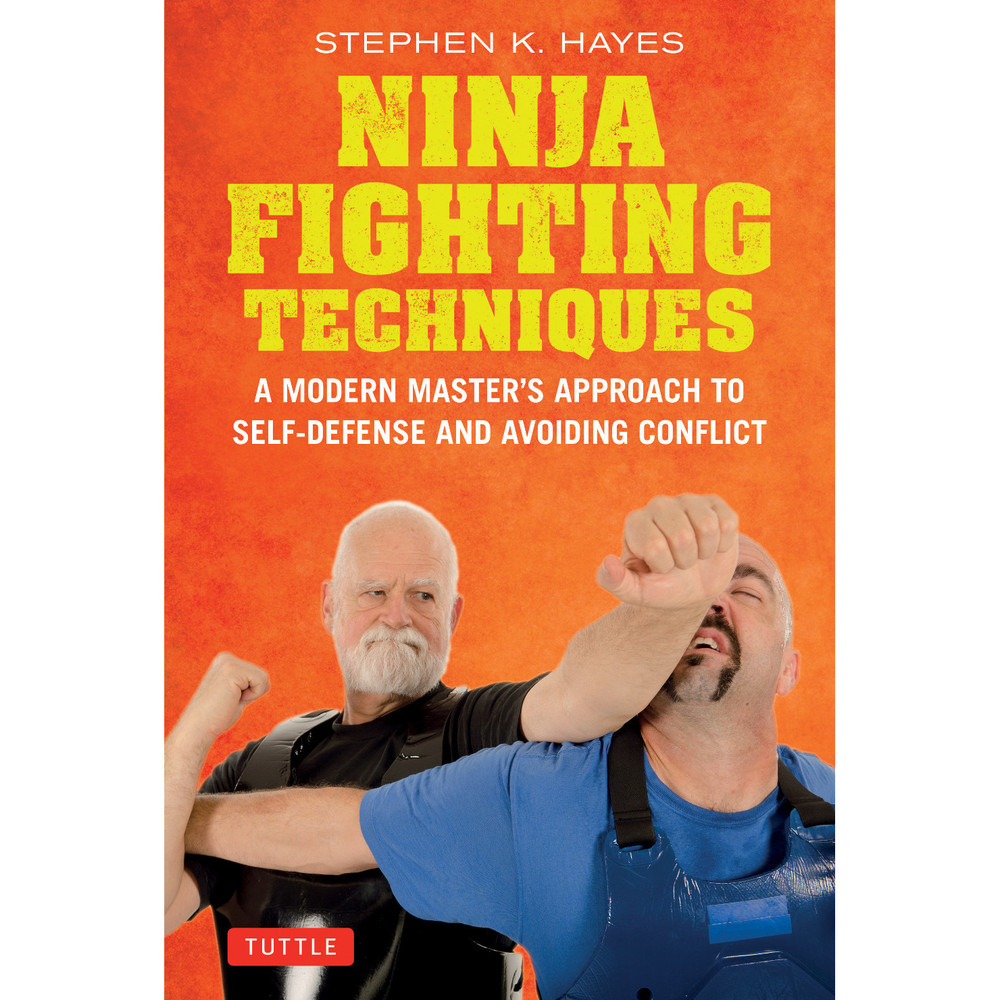 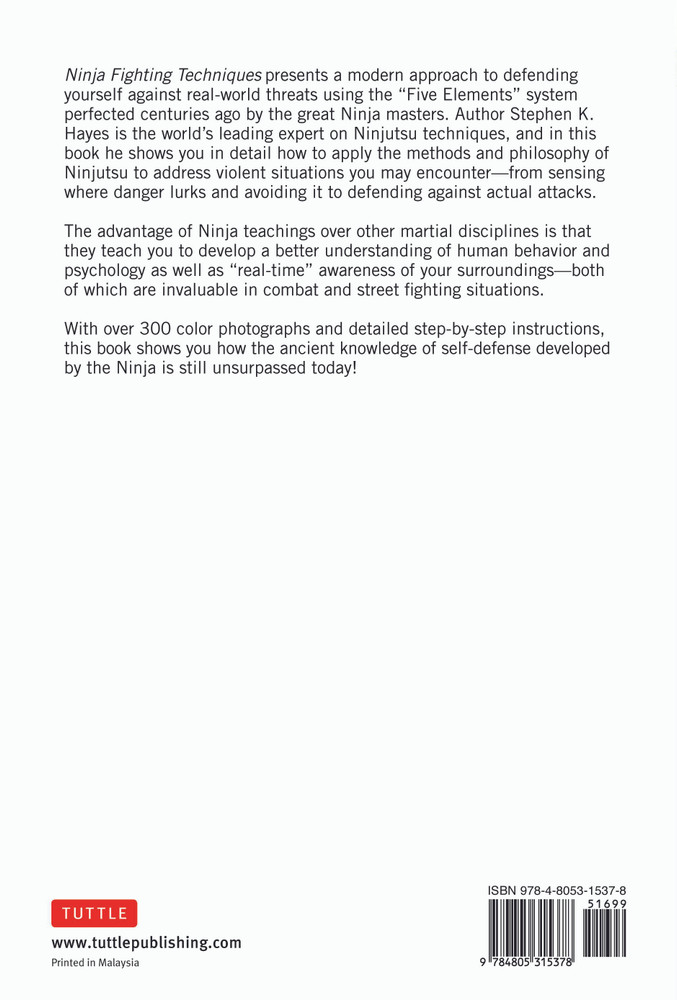 Ninja Fighting Techniques explains how to defend yourself against real-world threats using techniques perfected centuries ago by the great Ninja masters.

Author Stephen K. Hayes is the world's leading expert on Ninjutsu techniques. In this book, he presents the Ninja "Five Elements" system to explain fundamental aspects of self-defense. According to Japanese Buddhist belief, human nature is connected to the natural world and the five elements. By understanding that connection, essential responses to any threat become clear:


Ninja Fighting Techniques explains how the five elements can become automatic, unconscious responses for fighters who train the Ninja way. Through study and practice they become instinctive, effectively employed precisely when you need them without thinking.

The advantage of Ninja teachings over other martial disciplines is that, in addition to providing physical combat methods, they teach you to develop a better understanding of human behavior and psychology as well as "real-time" awareness of your surroundings--invaluable in any combat and street fighting situation.

With over 300 full-color photographs and detailed step-by-step instructions, this book shows you how the ancient self-defense techniques developed by the Ninja are still unsurpassed today!


About the Author:
Stephen K. Hayes served as the Dalai Lama's personal protection escort and security advisor for many years. He was also the first American to be accepted as a personal student by Masaaki Hatsumi, the thirty-fourth master of the Togakure-ryu ninjutsu tradition. He is the author of 20 books which convey the timeless knowledge of the East in pragmatic lessons for contemporary Westerners including The Ninja Defense and The Ninja and Their Secret Fighting Art. He is a member of the Black Belt Hall of Fame and a recipient of the Martial Arts Industry Association (MAIA) Lifetime Achievement Award. He lives and trains in Dayton, OH.