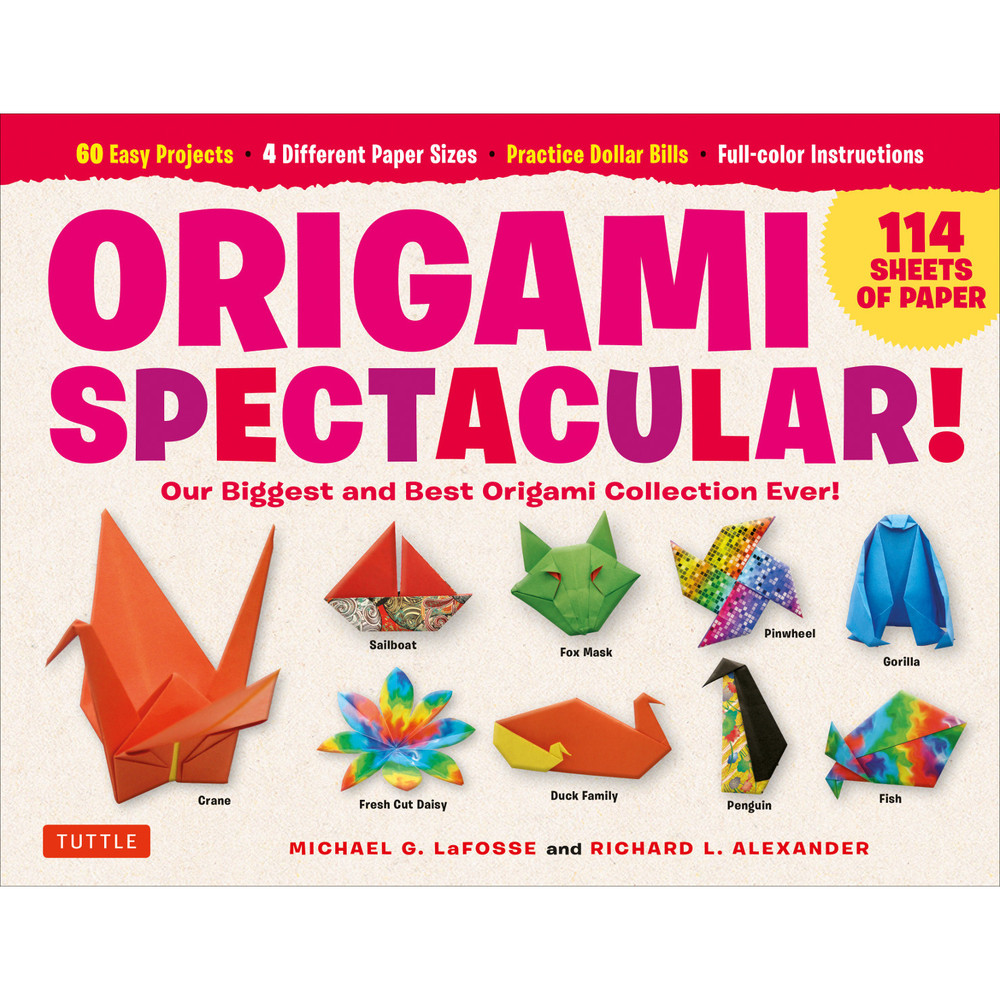 This value-packed origami kit provides hours of fun for folders of all ages and skill levels!

Create colorful origami animals, insects, boats, flowers and other unique paper projects. This kit literally has something for everyone! Get busy folding paper animals (like a skunk, swordfish and husky puppy); 3D objects (a Japanese house, chopstick rest and pinwheel); money origami projects (heart, turtle, tulip); and much more!

All of the models are valuable keepsakes you can give as gifts or use to decorate your bedroom or desk.


About the Author:
Michael G. LaFosse has been an origami artist for decades, and is a leading authority and master of the art. An avid teacher, LaFosse co-founded Origamido Studio, a learning center and design studio dedicated to the art of origami, and the only place in the world specializing in hand papermaking for the origami artist. Origamido also produces folded art and commercial designs for a variety of international clients. LaFosse co-curated Origami Now!, a wildly popular, year-long exhibition at the Peabody Essex Museum in Salem, Massachusetts. Vanessa Gould prominently featured LaFosse in the Peabody Award-winning film, Between the Folds.