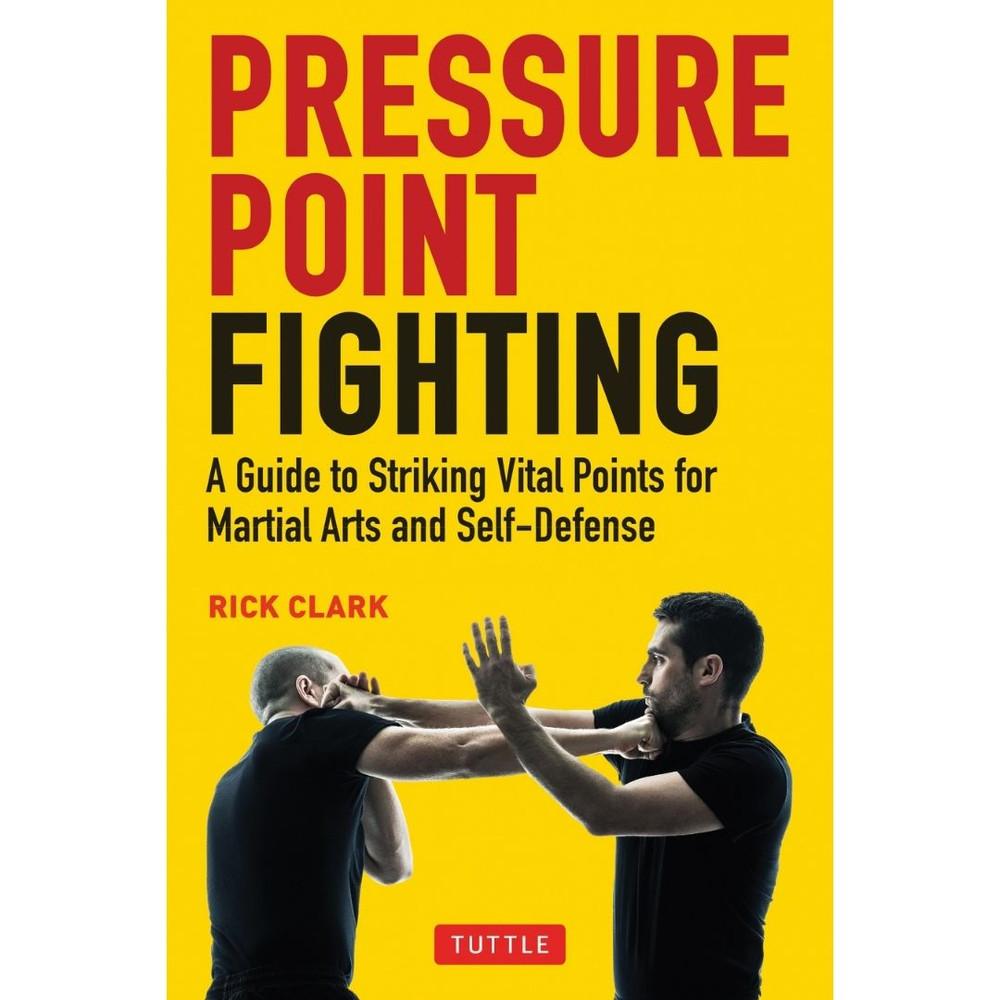 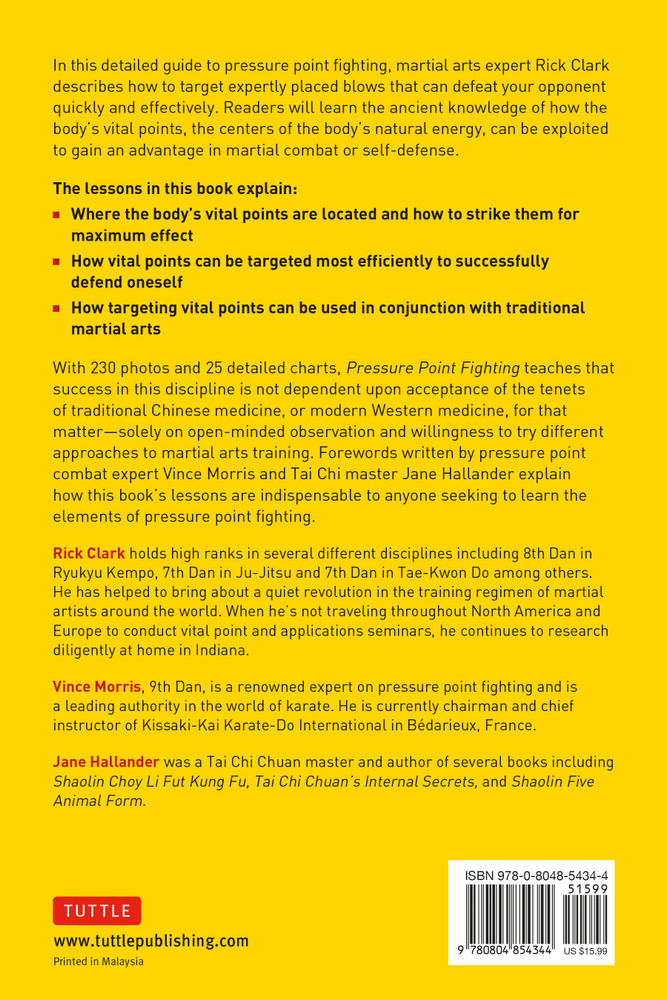 Learn the ancient knowledge of how the body's vital points, the centers of the body's natural energy, can be exploited to gain an advantage over your opponent in martial combat or self-defense.

In this detailed guide to pressure point fighting, martial arts expert Rick Clark describes how to target expertly placed blows which can defeat your opponent quickly and effectively. He offers a systematic introduction to this knowledge and to the tools needed to recognize vital points in the kata, hyung, or forms already in place.

The lessons explain:With 230 photos and 25 detailed charts, Pressure Point Fighting teaches that success in this discipline is not dependent upon acceptance of the tenets of traditional Chinese medicine, or modern Western medicine, for that matter--solely on open-minded observation and willingness to try different approaches to martial arts training.

Forewords written by pressure point combat expert Vince Morris and Tai Chi master Jane Hallander explain how this book's lessons are indispensable to anyone seeking to learn the elements of pressure point fighting.


About the Author:
Rick Clark began teaching martial arts in 1962, at the age of fourteen and has been an enthusiastic student ever since. He holds high ranks in several different disciplines including 8th Dan in Ryukyu Kempo, 7th Dan in Ju-Jitsu and 7th Dan in Tae-Kwon Do among others. He has helped to bring about a quiet revolution in the training regimen of martial artists around the world. When he's not traveling throughout North America and Europe to conduct vital-point and applications seminars, he continues to research diligently at home in Indiana.

Vince Morris, 9th Dan, is a renowned expert on pressure point fighting and is a leading authority in the world of karate. He is currently chairman and chief instructor of Kissaki-Kai Karate-Do International in Bedarieux, France.