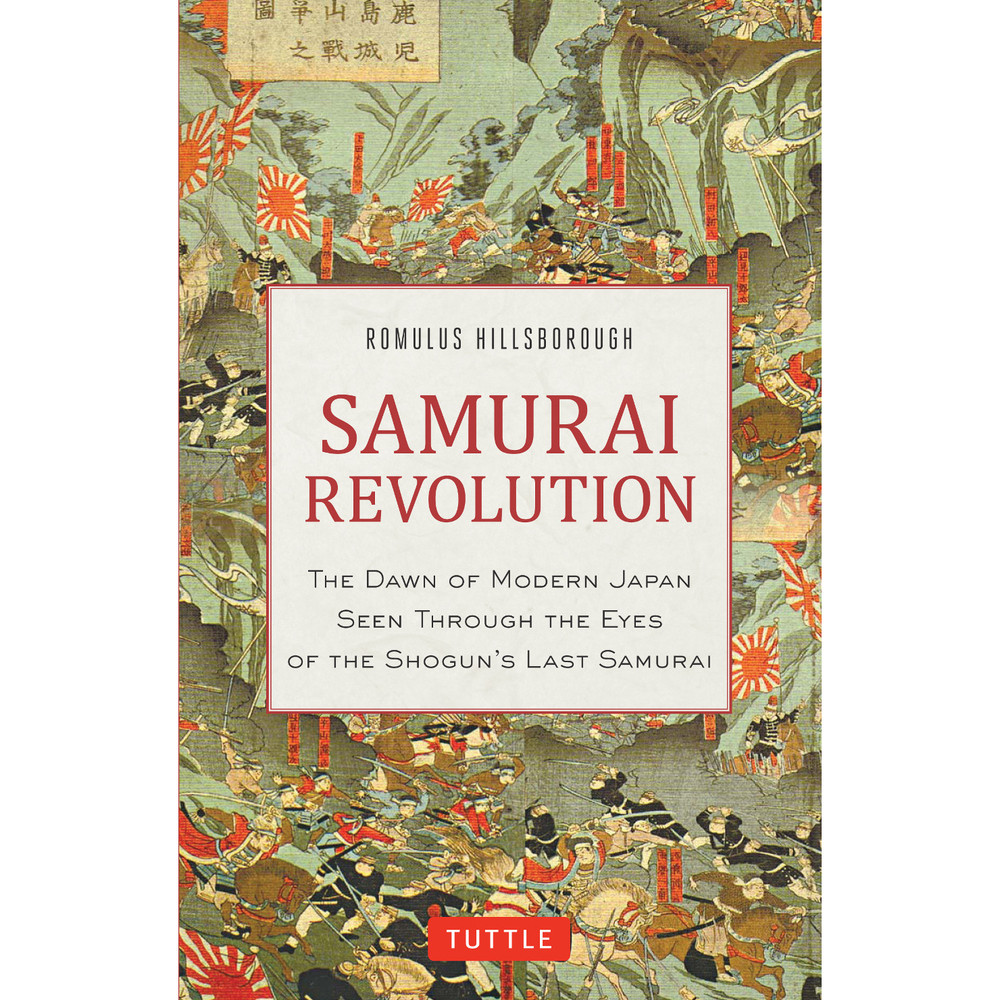 See the dawn of modern Japan through the lens of the power players who helped shape it -- as well as those who fought against it -- in this exploration of Samurai history.

Samurai Revolution tells the fascinating story of Japan's historic transformation at the end of the nineteenth century from a country of shoguns, feudal lords and samurai to a modern industrialized nation. The book covers the turbulent Meiji Period from 1868 to 1912, widely considered "the dawn of modern Japan," a time of Samurai history in which those who choose to cling to their traditional bushido way of life engaged in frequent and often deadly clashes with champions of modernization. Knowledge of this period is essential to understand how and why Japan evolved into the nation it is today.

The book opens with the fifteen-year fall of the Tokugawa Shogunate, which had ruled Japan for over 250 years, and the restoration of the Meiji emperor to a position of power at the expense of the feudal Daimyo lords. It chronicles the bloody first decade of the newly reestablished monarchy, in which the new government worked desperately to consolidate its power and introduce the innovations that would put Japan on equal footing with the Western powers threatening to dominate it. Finally, Samurai Revolution goes on to tell the story of the Satsuma Rebellion, a failed coup attempt that is widely viewed as the final demise of the samurai class in Japan.

This book is the first comprehensive history and analysis in English that includes all the key figures from this dramatic time in Japanese politics and society, and is the result of over twenty-five years of research focused on this critical period in Japanese history. The book contains numerous original translations of crucial documents and correspondence of the time, as well as photographs and maps.

Samurai Revolution goes in-depth to reveal how one era of ended and another began.


About the Author:
Romulus Hillsborough is an acclaimed expert in the field of Japanese history and culture who lived in Japan for over fifteen years. He has appeared numerous times on television and radio including The History Channel and NHK television. Fluent in spoken and written Japanese, he is the author of Ryoma: Life of a Renaissance Samurai, The Shogun's Last Samurai Corps, Samurai Tales and Samurai Assassins. Hillsborough lives in San Francisco, California.