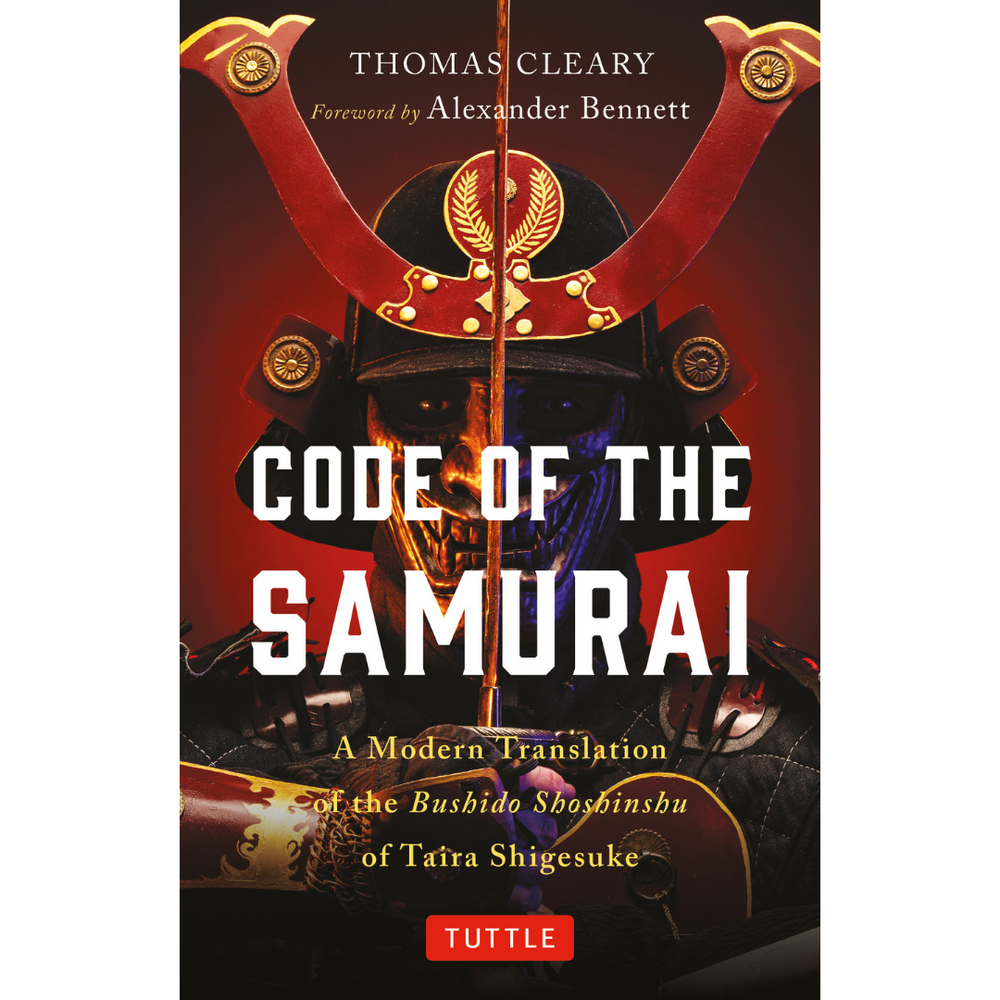 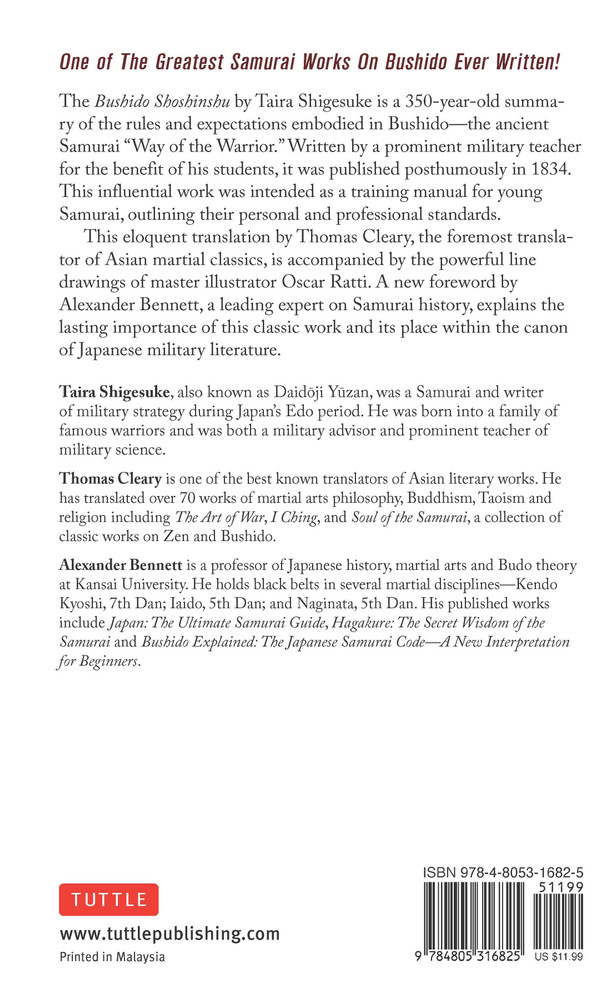 Immerse yourself in the world of the Samurai with this classic text.

Code of the Samurai is the 350-year-old summary of the rules and expectations embodied in Bushido—the ancient Japanese "Way of the Warrior." Written by Taira Shigesuke, a Samurai and prominent teacher of military techniques, it was published posthumously in 1834. This influential book was intended as a training manual for young Samurai, outlining personal and professional standards.

This accessible and enjoyable translation is by Thomas Cleary, the foremost translator of Asian martial classics, accompanied by the powerful line drawings of master illustrator Oscar Ratti. A new foreword by Alexander Bennett, a leading expert on Samurai history, explains the lasting importance of this classic work and its place within the canon of Japanese literature.


About the Author:
Taira Shigesuke (1639–1740), also known as Daidoji Yuzan, was a samurai and writer of military strategy during Japan's Edo period. He was born into a family of famous warriors and was both a military advisor and prominent teacher of military science.

Thomas Cleary is one of the best known translators of Asian literary works. He holds a doctorate in East Asian Languages and Civilizations from Harvard University. Cleary has translated over 70 works of martial arts philosophy, Buddhism, Taoism and religion including The Art of War, I Ching, and Soul of the Samurai, a collection of classic works on Zen and Bushido.

Oscar Ratti (1928–2005) is the co-author of Aikido and the Dynamic Sphere and Secrets of the Samurai: The Martial Arts of Feudal Japan, and was a frequent contributor to martial arts books and magazines.

Bushido: The Samurai Code of Japan