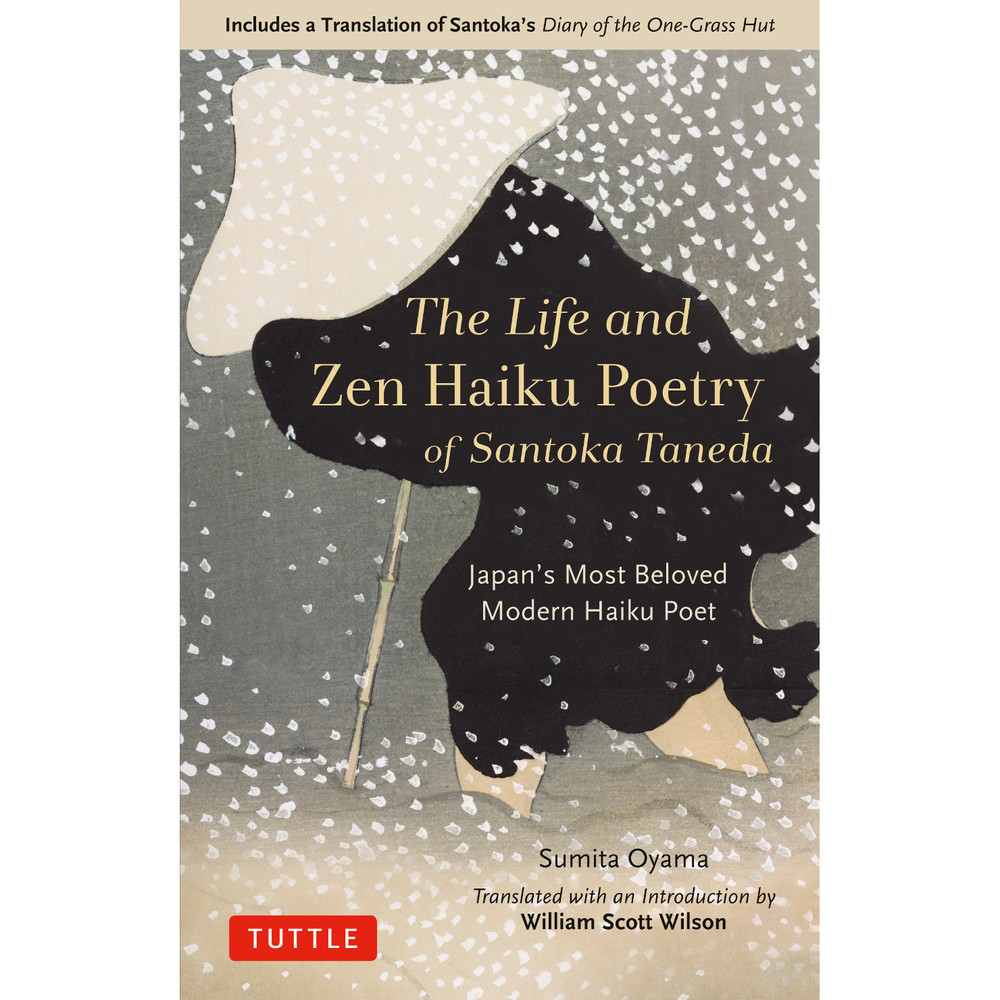 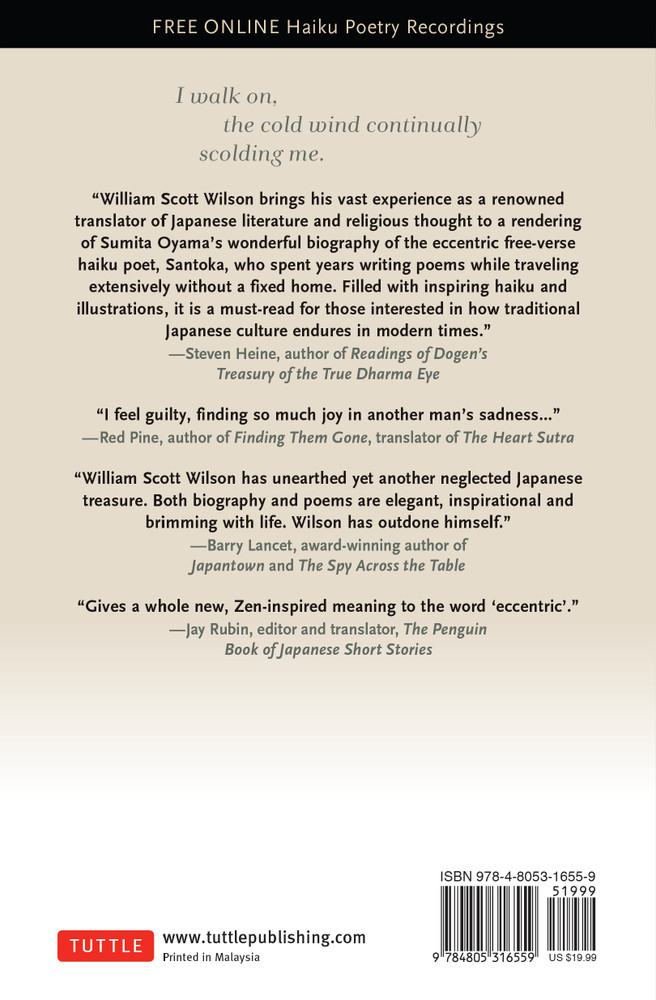 The fascinating and quirky biography of a disheveled poet, skillfully interwoven with his original works.

Zen monk Santoka Taneda (1882-1940) is one of Japan's most beloved modern poets, famous for his "free-verse" haiku, the dominant style today. This book tells the fascinating story of his life, liberally sprinkled with more than 300 of his poems and extracts from his essays and journals--compiled by his best friend and biographer Sumita Oyama and elegantly translated by William Scott Wilson.

Santoka was a literary prodigy, but a notoriously disorganized human being. By his own admission, he was incapable of doing anything other than wandering the countryside and writing verses. Although Santoka married and had a son, he devoted his life to poetry, studying Zen, drinking sake and wandering the length and breadth of the Japanese islands on foot, as a mendicant monk.

The poet's life alternated between long periods of solitary retreat and restless travel, influenced by his tragic childhood. When not on the road, he lived in simple grass huts supported by friends and family. Santoka was a lively conversationalist who was often found so drunk he could only make it home with the help of a friendly neighbor or passerby. But above all, throughout his life, he wrote constantly; poetry and essays flowed from him effortlessly.

Santoka's eccentric style of haiku is highly regarded in Japan today for being truly modern and free from formal constraints. His journals and essays are equally thought-provoking--the musings of an unkempt but supremely self-conscious mind on everything from writing to cooking rice and his failure to live a more orderly life.

This translation and its introduction are by best-selling author William Scott Wilson, whose other works include The Book of Five Rings and The Lone Samurai. Wilson provides sensitive renditions of the haiku illustrating Santoka's life as well as an extensive introduction to the influences on Santoka's work, from contemporary haiku poets and his Buddhist teachers.

Alongside the book, readers have access to a two-hour online audio recording of 331 of Santoka Taneda's haiku, read in Japanese by a native speaker, and in English.


About the Author:
Sumita Oyama (1899-1994) was born in Okayama Prefecture. He practiced haiku and Zen for over 60 years. He was a prolific writer, publishing many books on the haiku poet Santoka. Oyama was a good friend and benefactor of Santoka, and studied "free" haiku under the poet Ogiwara Seisensui.