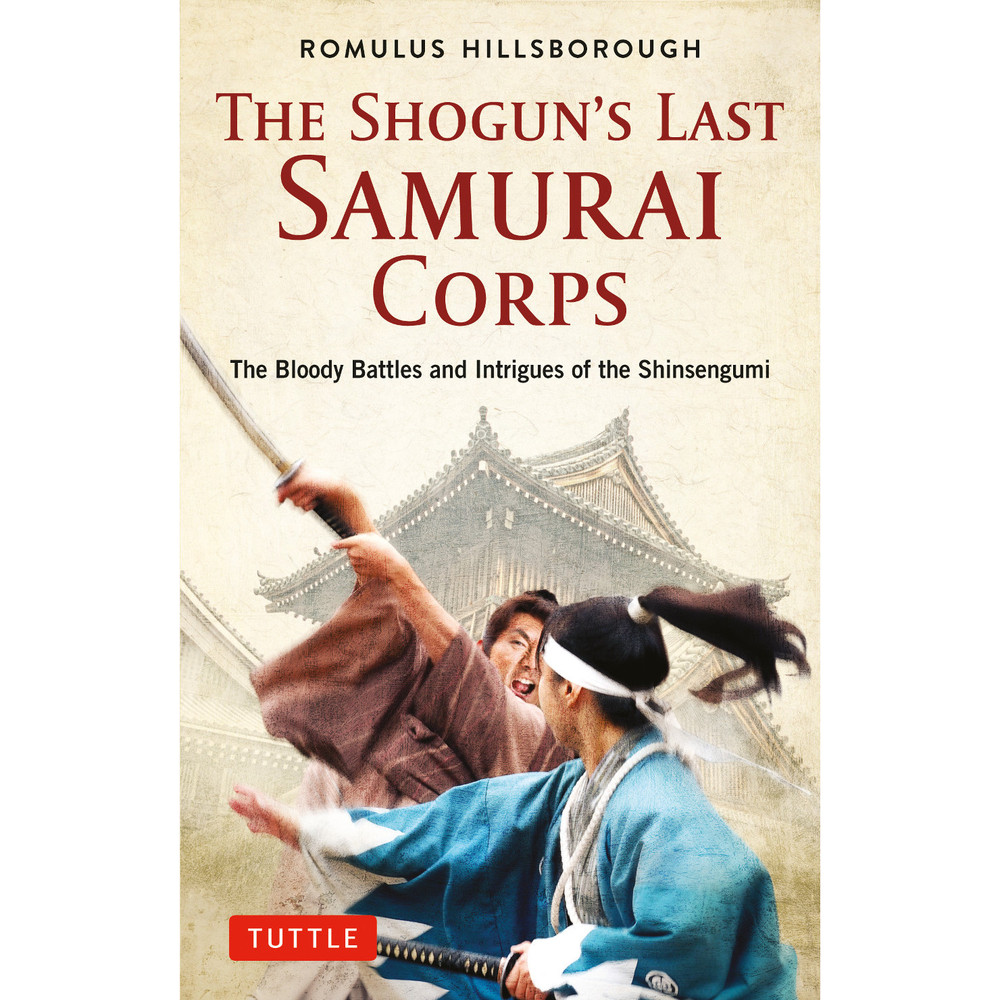 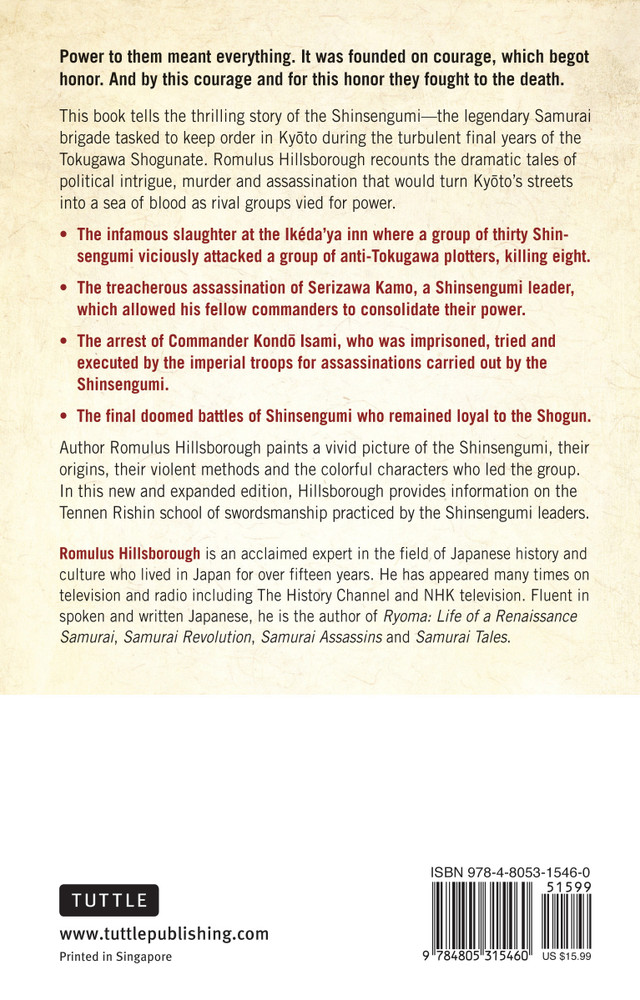 "Power to them meant everything. It was founded on courage, which begot honor. And by this courage and for this honor they fought to the death."

The Shogun's Last Samurai Corps tells the thrilling story of the Shinsengumi--the legendary corps of Samurai warriors tasked with keeping order in Kyoto during the final chaotic years of the Tokugawa Shogunate (1600-1868).

This book recounts the fascinating tales of political intrigue, murder and mayhem surrounding the fearsome Shinsengumi, including:
Author and Samurai history expert Romulus Hillsborough uses letters, memoirs, interviews and eyewitness accounts to paint a vivid picture of the Shinsengumi, their origins, violent methods and the colorful characters that led the group.


About the Author:
Romulus Hillsborough is an acclaimed expert in the field of Japanese history and culture who lived in Japan for over fifteen years. He has appeared numerous times on television and radio including The History Channel and NHK television. Fluent in spoken and written Japanese, he is the author of Ryoma: Life of a Renaissance Samurai, Samurai Revolution, Samurai Assassins and Samurai Tales. Hillsborough lives in San Francisco, California.