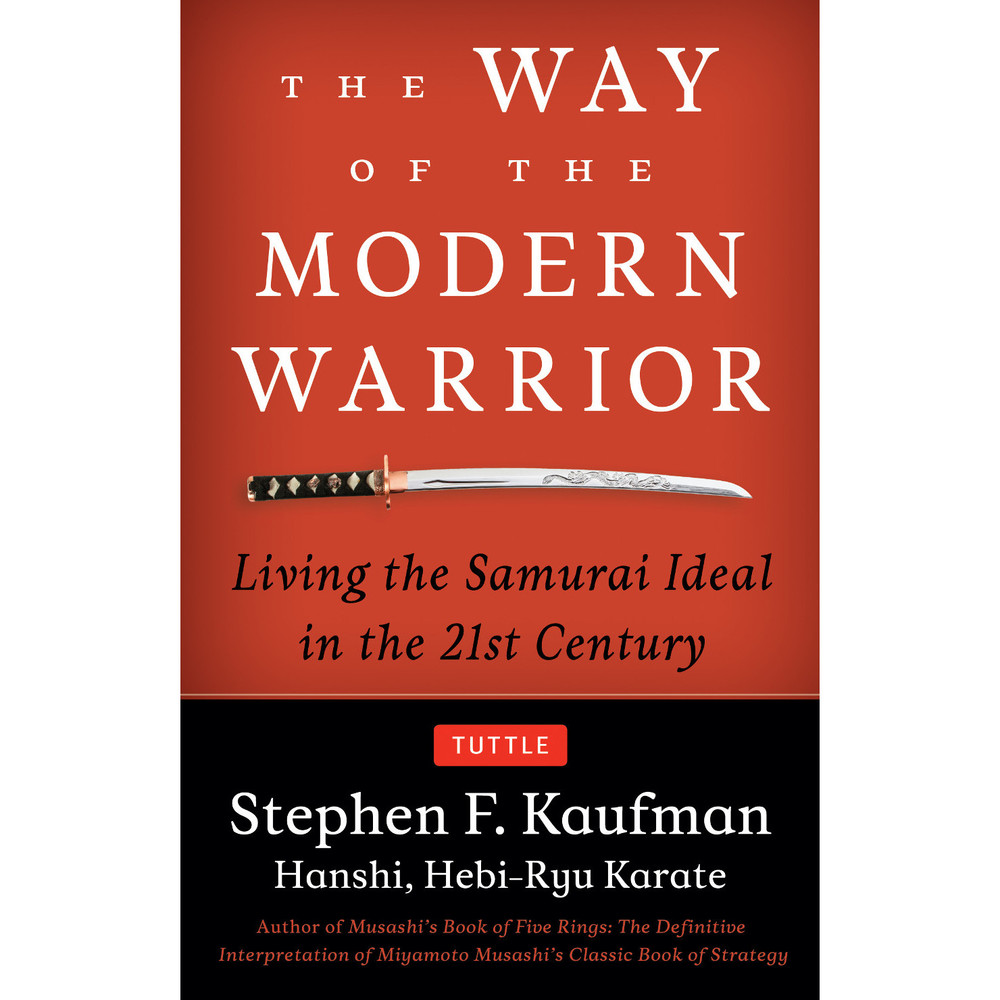 Learn how to apply bushido philosophy and long-standing samurai strategies to your modern-day practice -- and lifestyle -- in this guide from a former soldier and martial arts expert.

A warrior is anyone who applies their energy and creativity in support of a cause or ideal through creation or conflict. Real warriors have an ethos, a guiding belief that provides him or her with a clear purpose for their actions and an understanding that the battle in which they are engaged will have results that lead to a higher good.

The Way of the Modern Warrior is an explanation of the samurai philosophy, or Bushido, of Japan's fiercest warriors, practiced for over 1,000 years. The author, Hanshi Stephen Kaufman, has been a warrior for 50 years, first as a member of the military, then as an advisor to the military, and finally as one of the world's most distinguished martial arts philosophers. In his years of experience, he has collected the wisdom that comes from lessons learned and lessons taught.

The 55 precepts in his new book are the result of those years of experience, and these samurai strategies will guide the modern day warrior as they devote energy and creativity to their practice. These principles and philosophies, drawn from samurai history, include Kaufman's insights about:The Way of the Modern Warrior is an essential handbook for the 21st-century samurai warrior who lives by honor, duty, and service.


About the Author:
Stephen F. Kaufman is the author of the best selling book, Musashi's Book of Five Rings: The Definitive Interpretation of Miyamoto Musashi's Classic Book of Strategy, Sun Tzu's Art of War, and The Shogun Scrolls. Acknowledged as the true founding father of American Karate, he has been elected to the title and rank of Hanshi, 10th Dan, the highest and most prestigious rank in the martial arts world. Mr. Kaufman lives in New York City but travels extensively holding seminars and teaching the principles for personal and professional excellence through the use of bushido.