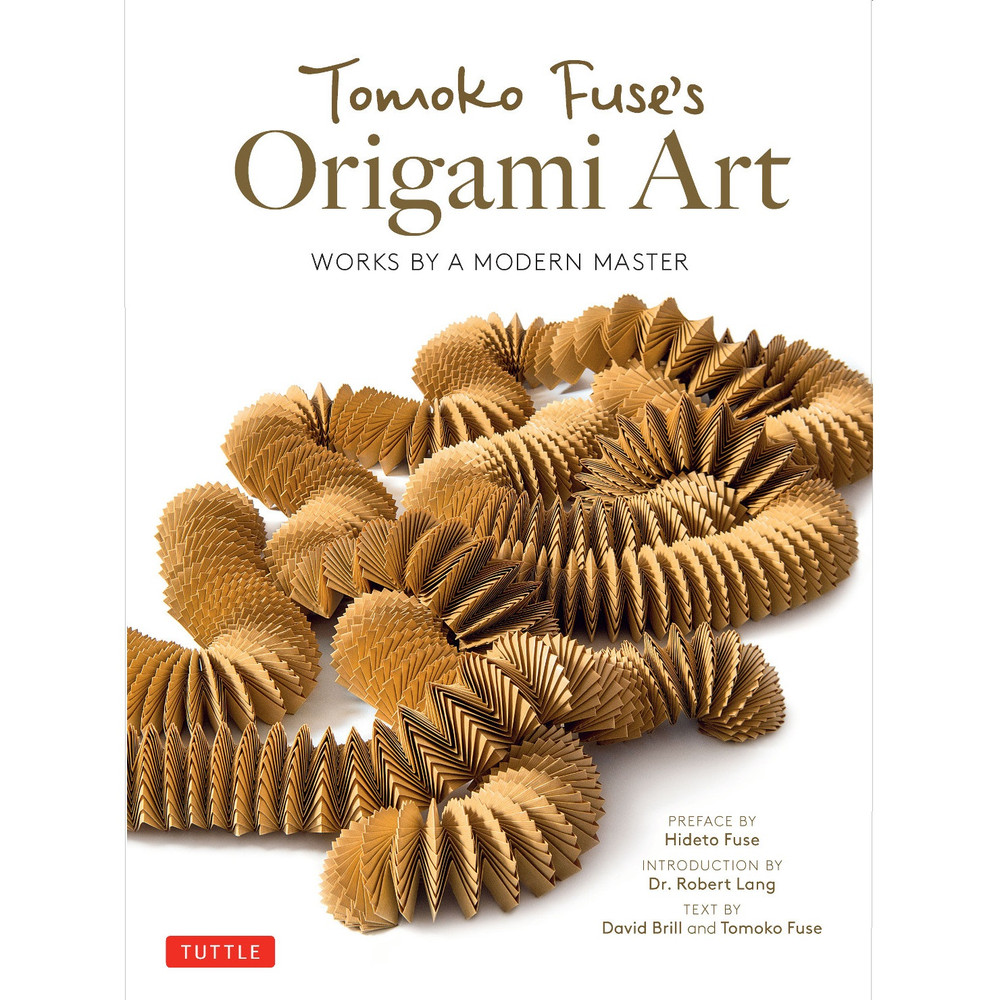 Tomoko Fuse has been one of the world's premier origami artists for more than 35 years. This beautifully photographed book examines the three-dimensional geometric designs she is famous for.

Fuse, often referred to as "the queen of origami," discovered the art of folding paper at just seven years old. She has come a long way since then, having had her work highlighted in exhibitions around the world, including Paris Origami (Carrousel du Louvre, 1998), On Paper (Crafts Council London, 2002) and her solo show Yorokobi (Bauhaus Dessau, 2004).

In addition to teaching, folding and writing, she also collaborated with designer Denis Guidone for Milan Design Week 2018 and was a featured artist in Nova's episode "The Origami Revolution" (February, 2017).

An artistic anthology of her most impressive work, Tomoko Fuse's Origami Art can serve multiple purposes: as inspiration for an experienced origami folder; as a truly impressive coffee table book for the artistically-minded; or as a push for intermediate folders to try their hand at modular origami models.


About the Author:
Tomoko Fuse is a leading origami artist, teacher. She is also a prolific author who specializes in boxes and other forms of geometric, three-dimensional design. She has been writing books on various forms of origami for over 35 years. Her creations have been in many international exhibitions worldwide. She was a featured artist on the Nova episode "The Origami Revolution" (February 2017). Read about her work in Meher McArthur's New Expressions in Origami Art: Masterworks from 25 Leading Paper Artists (Tuttle Publishing 2017).

David Brill, British origami artist, author of Brilliant Origami and long recognized as one of the world's leading creative folders, is honorary member and President of the British Origami Society. He has produced a stunning series of groundbreaking designs, all demonstrating his innate ability to design beautifully engineered solutions and to fill the model with life through deft touches at the closing stages. He was awarded the "Sidney French medal" by the British Origami Society for his outstanding contribution to origami.

Hideto Fuse was born in 1960 in Japan, in the prefecture of Gunma. He graduated from the Academy of Fine Arts in Tokyo, where he obtained a Research Doctorate. As an art critic and anatomist, he has about 50 titles to his credit, including No no naka no bijutsukan ('The Museum in the Mind') and Bi no hoteishiki ('The Equation of Beauty'). His research focuses on a theory of aesthetics as a conjunction between science and art.

Robert Lang has been deeply involved in origami since the age of six, when he discovered several instructions for traditional designs in a library book. This early beginning ignited a lifelong passion for the art. He is now considered one of the leading origami artists in the world, with hundreds of original creations to his credit, as well as 14 books authored, co-authored, or edited on the art, numerous articles and instructions published in origami periodicals, and he regularly lectures and teaches origami at conventions and workshops around the world. He has a Ph.D. in Applied Physics from Caltech, and has used his mathematical and engineering training to advance origami, both artistically and in its applications to science and technology. In his origami career, he has drawn upon many sources and influences, not least of which is the work of Yoshizawa-sensei. Yoshizawa's techniques, both technical and artistic, played a major role in Lang's own origami evolution, and he is honored to be able to contribute to this work of the master.