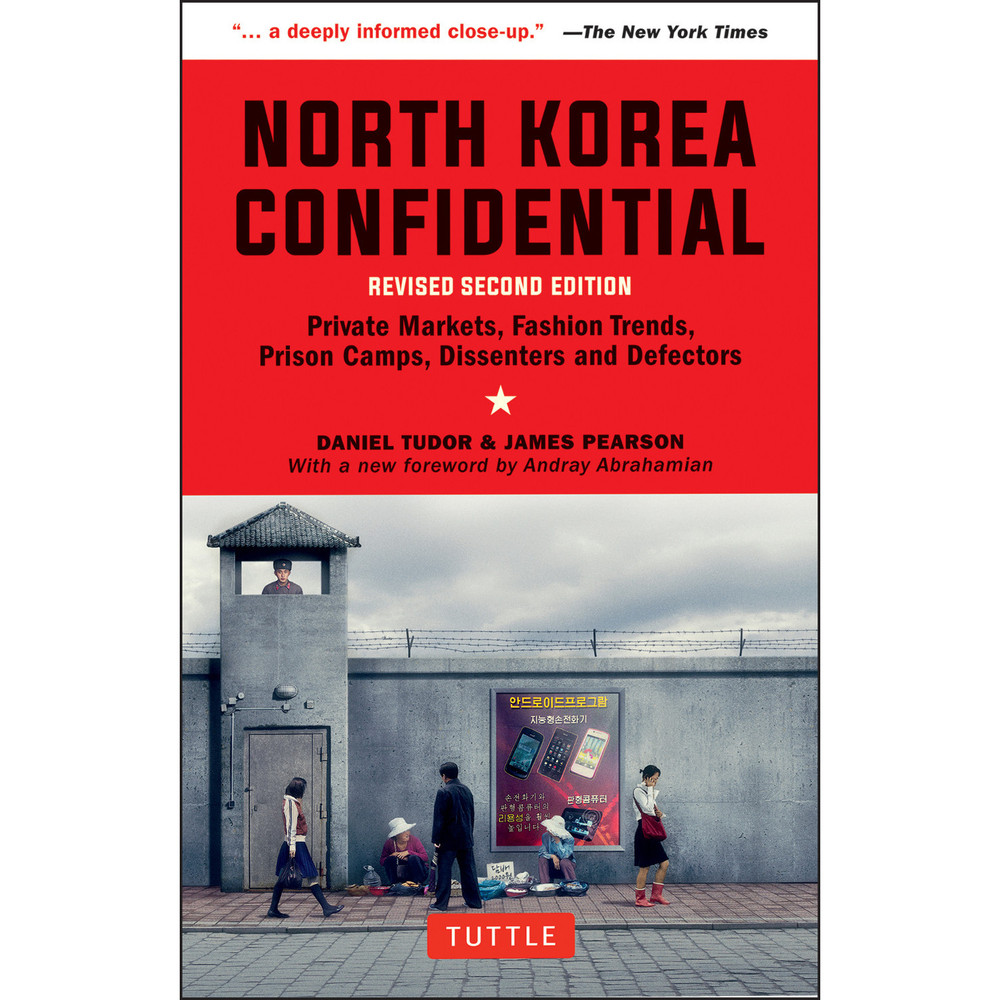 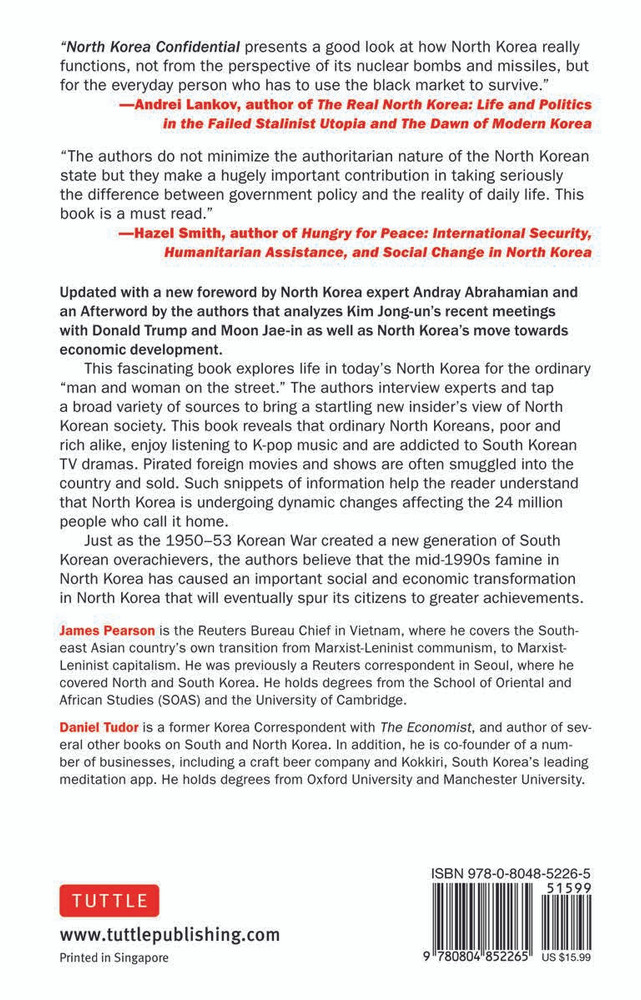 This fascinating book by celebrated journalists Daniel Tudor and James Pearson explores that very question. The authors interview experts and tap a broad variety of sources to provide a startling insider's view of the secretive North Korean society, including:
This book reveals that ordinary North Koreans, poor and rich alike, enjoy listening to K-pop music and are addicted to South Korean TV dramas--in direct contravention of government dictates. Pirated foreign movies and shows--American, South Korean and Chinese--are often smuggled into the country and sold. Such snippets of information help the reader understand that North Korea is undergoing dynamic changes, affecting the 24 million people who call it home.

This new edition is updated with an afterword by the authors that touches on Kim Jong-un's recent meetings with Donald Trump and Moon Jae-in. While the new foreword by Andray Abrahamian--a member of the U.S. National Committee on North Korea--offers a detailed analysis of North Korea's political discourse, changes in economic policy, and the rise and fall of optimism within the country since 2018.


About the Author:
Daniel Tudor is from Manchester, England, and graduated with a BA in Philosophy, Politics, and Economics from Oxford University. He has lived in Seoul, South Korea, for many years, and served as The Economist's Korea Correspondent from 2010 to 2013. His first book, Korea: The Impossible Country received high praise and has also been translated into Korean, Chinese, Polish, and Thai. He is a regular columnist for a Korean newspaper, the Joongang Ilbo, and has commented on Korea-related topics many times for the BBC, Al Jazeera, and others. He is also co-founder of The Booth, a chain of craft beer pubs.

James Pearson is a foreign correspondent for Reuters in Seoul, where he covers politics and general news in North and South Korea. He holds a BA (hons) in Chinese and Korean from the University of London's School of Oriental and African Studies (SOAS) and a Master's of Philosophy (M.Phil) in Oriental Studies from the University of Cambridge.

Andray Abrahamian is the 2018-19 Korea Fellow at the Asia-Pacific Research Center, Stanford University. He is a member of the U.S. National Committee on North Korea as well as an Adjunct Fellow at the Griffith Asia Institute. He has held lecturing positions at Yangon University and Ulsan University. His first book, North Korea and Myanmar: Divergent Paths was published in 2018.