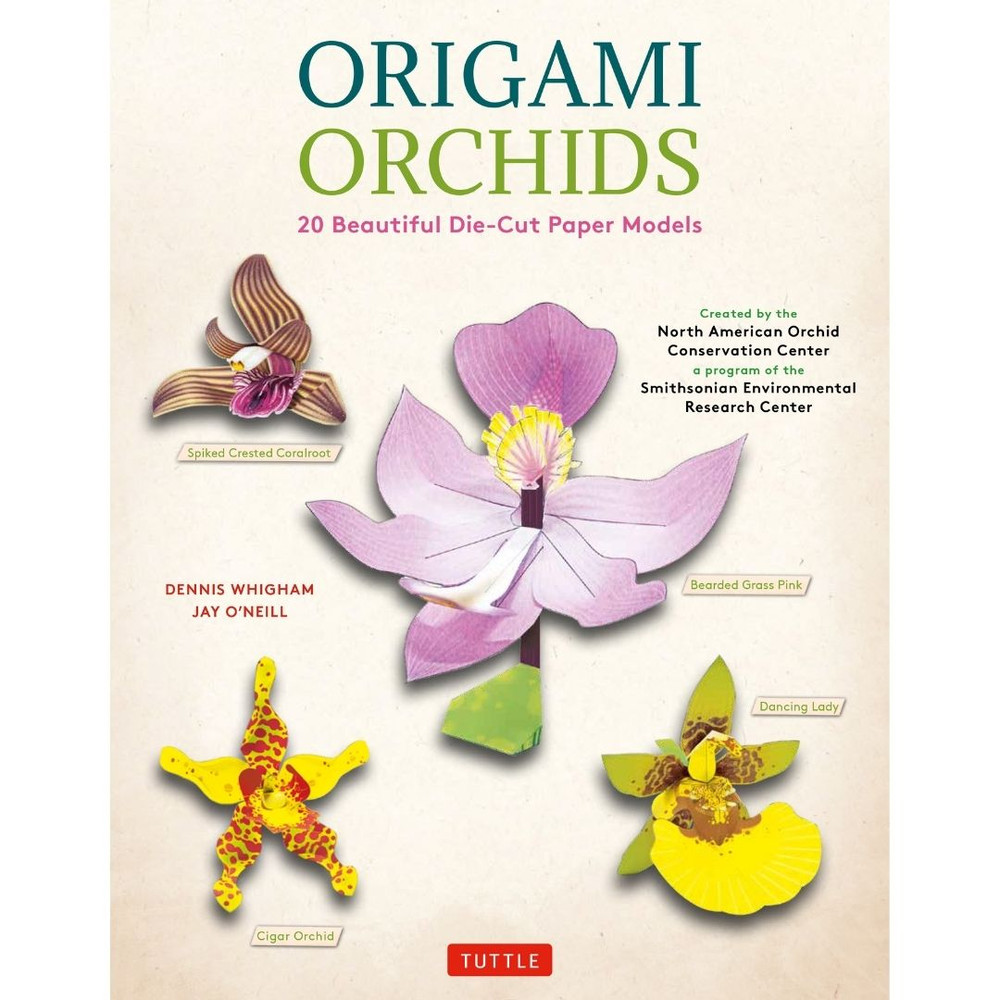 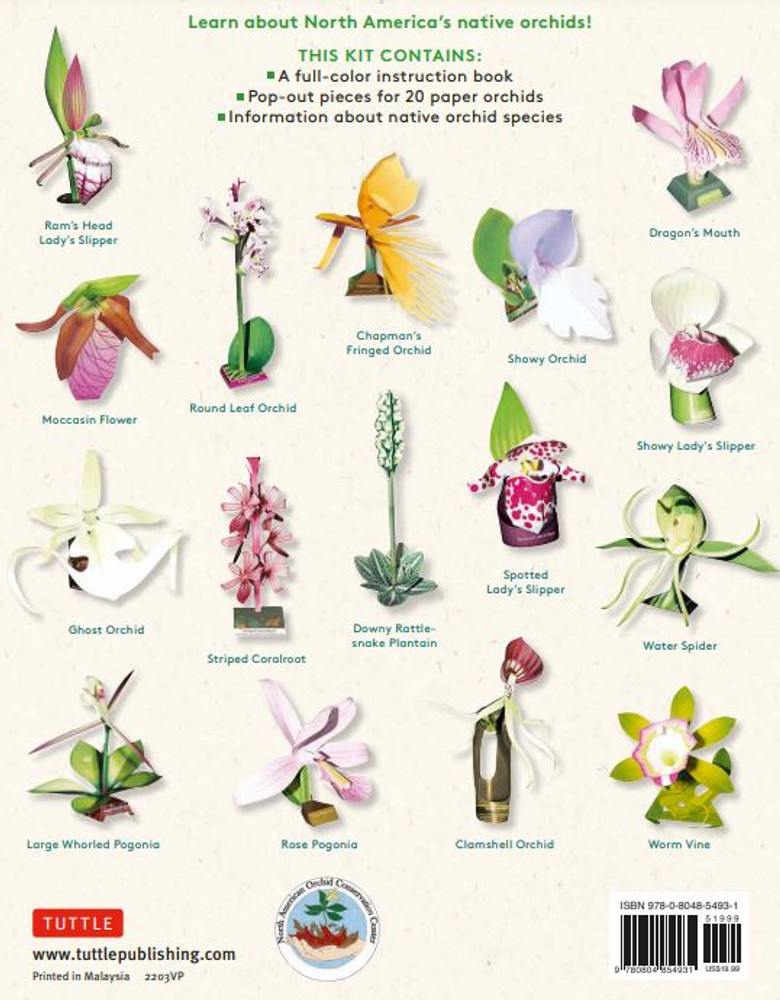 Display native orchids with these realistic paper replicas that you simply pop-out and glue together--no scissors required! These paper sculptures were produced under the direction of scientists at the North American Orchid Conservation Center, which is located at the Smithsonian Environmental Research Center in Edgewater, Maryland.

This kit features:
The accompanying book explains the efforts that are underway to conserve threatened and endangered native North American species. The project introductions show photos of the finished models as well as stunning photos of each model's living counterpart.

The amazing collection of orchids in this kit includes:


About the Author:
Dennis Whigham is the Senior Botanist at the Smithsonian Environmental Research Center. He has authored more than 275 articles ranging from wetland to orchid ecology. He is the Founding Director of the North American Orchid Conservation Center.

Jay O'Neill is an Emeritus Head Technician at the Smithsonian Environmental Research Center. He managed a variety of research projects in the Plant Ecology laboratory for more than 40 years, and continues to administer the web sites for NAOCC.

Designed by:
Maarten Janssens is a paper engineer who creates, designs and produces everything related to paper. As part of the Urban Paper Collective, he has organized and hosted several paper toy shows around the world. His design studio is located in the Netherlands.