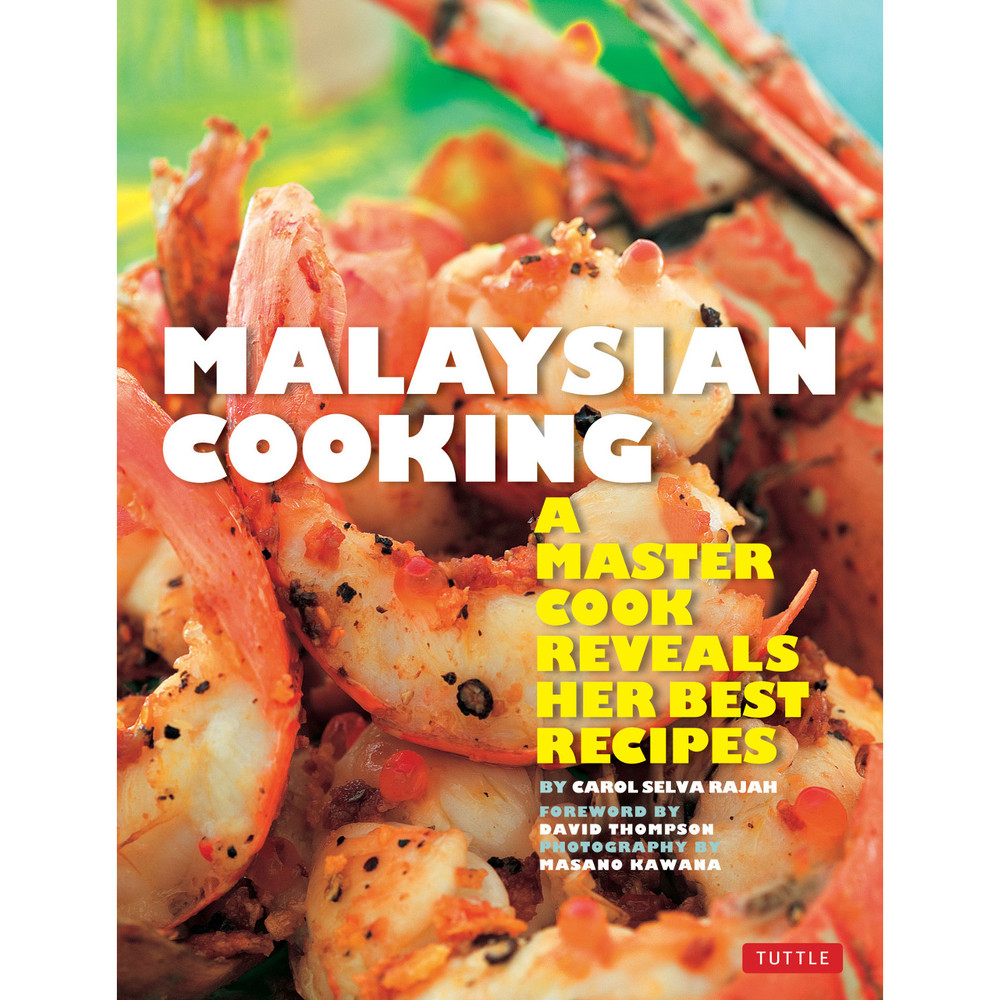 Enter the colorful world of Malaysian cuisine with this cookbook from an award-winning chef and food writer!

Malaysian Cooking introduces the art of using Malaysia's most aromatic regional ingredients and global influences to prepare zesty food that excites both the palate and sense of smell. Inspired by fond memories of cooking Malaysian staples since her childhood days, the expert in Asian culinary culture Carol Selva Rajah has compiled in this Malaysian cookbook a collection of 60+ new and traditional dishes for anyone wishing to add these vibrant recipes from abroad to their repertoire. These include:
With this beautifully photographed and easy-to-follow Malaysian cookbook in hand, you too can bring the rich and varied textures, colors, and flavors of Malaysian cuisine to your own home.


About the Author:
Carol Selva Rajah is an award-winning chef and food writer currently based in Sydney, Australia. She is a food consultant to the hospitality and food manufacturing industry, and makes regular television appearances in Asia and Australia as well as participating in food festivals, master classes and charity functions. She is a writer and consulting editor for various magazines and has written 10 cookbooks on Malaysian and Southeast Asian cuisine. Her book The Food of India won the gold award at the prestigious Jacob's Creek World Food Media Awards.

Award-winning photographer Masano Kawana is one of the most exciting food, interior, and landscape photographers in Asia today. Born in Japan and based in Singapore, he has traveled, lived, and surfed throughout the region, photographing a wide variety of subjects for books and lifestyle magazines. His book Shunju: New Japanese Cuisine won a James Beard Award for best cookbook photography.

Foreword writer, David Thompson is one of Australia's leading chefs, restaurateurs, and cookery writers. He is the owner of Sailors Thai in Sydney. In 2001, he opened Nahm in London's Halkin Hotel, which was awarded a Michelin star seven months later. He now heads up a second Nahm in Bangkok at Metropolitan by COMO. His book, Thai Food, won the James Beard Award and was a finalist for the IACP award in 2003.