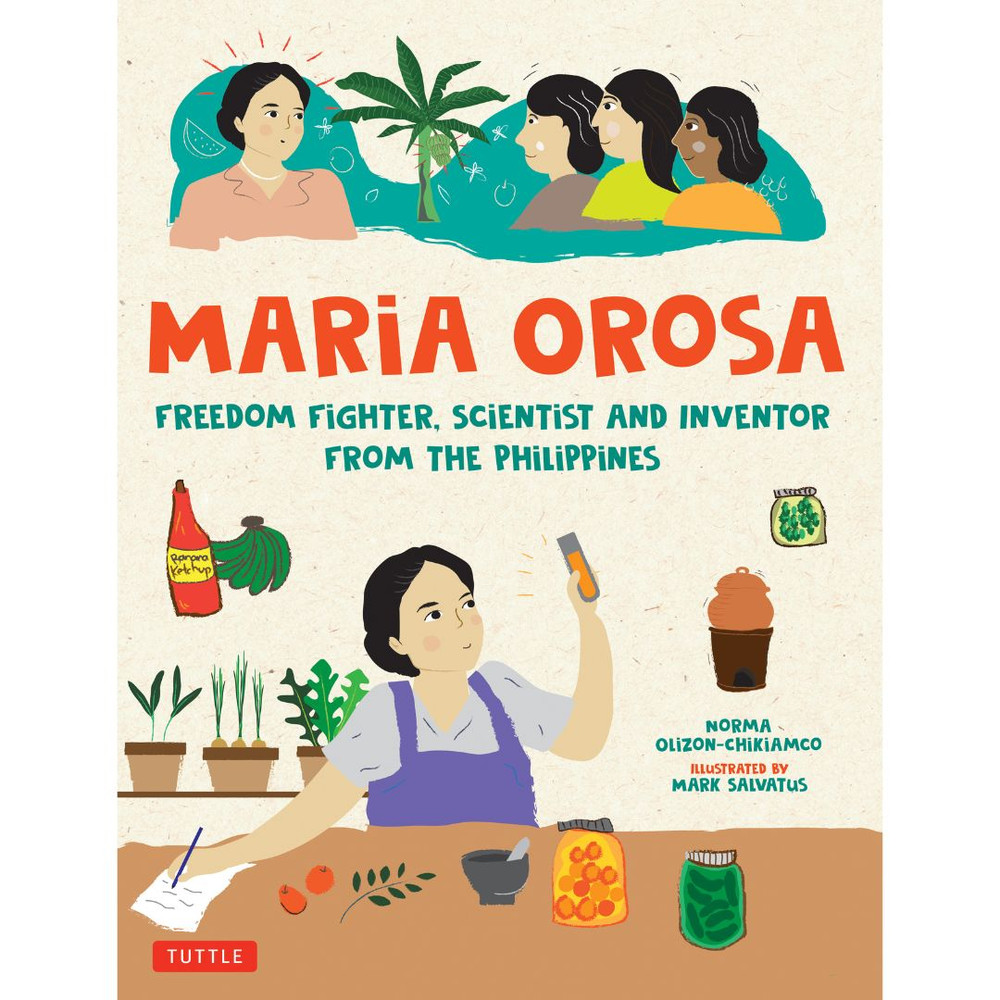 A famous woman scientist, war heroine and freedom fighter from the Philippines!

This delightful children's book follows the life of Maria Orosa--a pioneering woman scientist who studied food science in the United States then returned to a war-torn Philippines and created super-nutritious foods to help her nation in a time of crisis.

A champion of native products from her homeland, Orosa is celebrated for her daring war exploits as well as her scientific inventions. Today she is honored and remembered for:
This book celebrates the life and achievements of a daring daughter of the Philippines, war heroine, culinary scientist and bold freedom fighter who helped to feed the nation!


About the Author:
Norma Chikiamco writes for leading newspapers and magazines in the Philippines. Apart from winning the Carlos Palanca Memorial Award for Literature for Pan de Sal Saves the Day, she has received an Outstanding Journalism Award from the ANZ Chamber of Commerce and a National Book Award from the Manila Critics Circle. She has also written several cookbooks on Filipino cuisine.

Mark Salvatus is a freelance illustrator and graphic designer based in Manila. Two children's books he illustrated have won awards from the Philippine Board for Books for Young People (PBBY) and the National Book Awards-Manila Critics Circle.