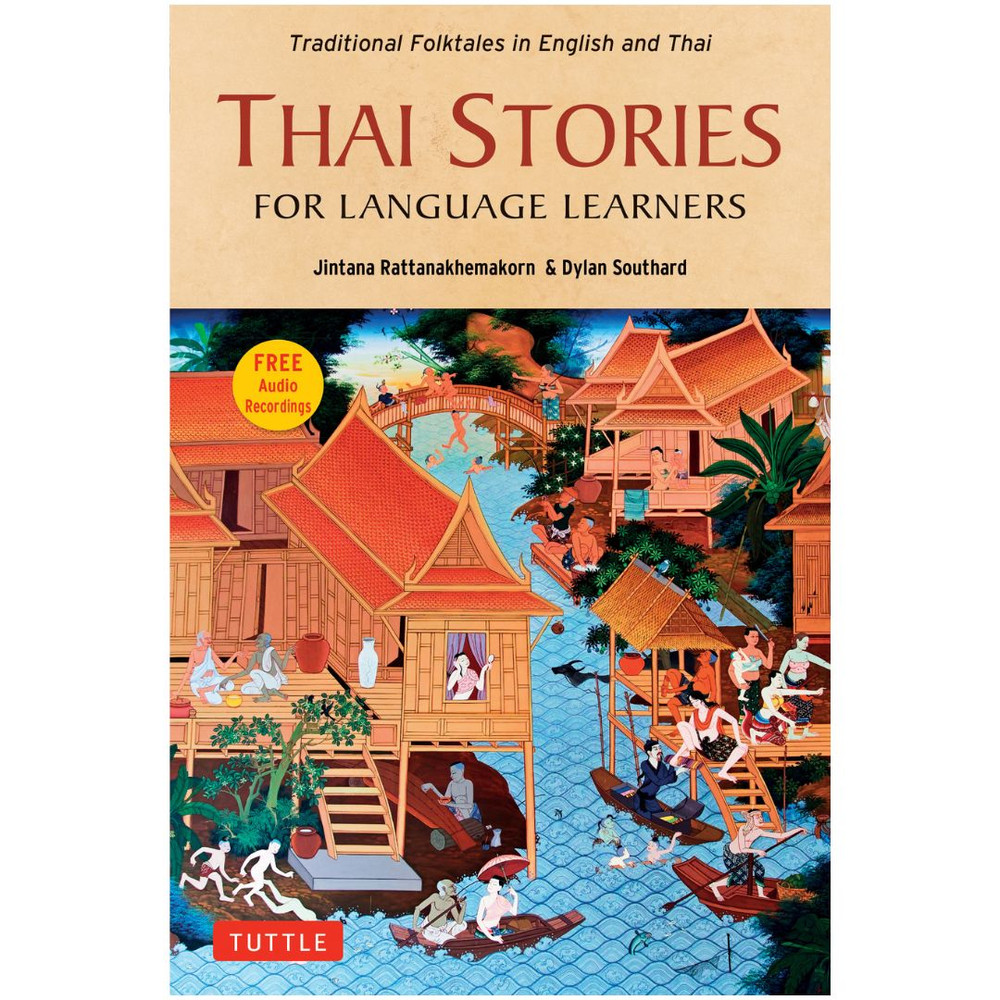 The most enjoyable way to learn about an unfamiliar culture is through its stories--especially when they're told in two languages!

Thai Stories for Language Learners introduces 28 entertaining Thai stories with bilingual Thai and English versions presented on facing pages. The stories are adapted from traditional folktales with roots in the Thai oral tradition, classic Thai literature, and Thai versions of the Indian Jataka Tales--which describe the past lives of the Buddha.

The stories in this book include:

Alongside each story, readers will find:

This book will be of interest to learners who are beginning to read and write the Thai language and would like additional practice, as well as to general readers interested in learning about Thai culture.


About the Author:
Jintana Rattanakhemakorn graduated from Chiang Mai University with a bachelor's degree in Thai, and completed her master's degree in English at Khon Kaen University. She also holds a certificate in Teaching English as a Second Language from Seattle University College of Education. She taught Thai to international students at ASEAN Language Center and is currently teaching English at the International College, Khon Kaen University. She has also authored the Tuttle Mini Thai Dictionary.

Dylan Southard is an educator and translator with a PhD in Cultural Anthropology and penchant for computer programming. He currently lives in northeast Thailand, where he teaches Japanese and International Relations and is grudgingly tolerated by his wife and cat.