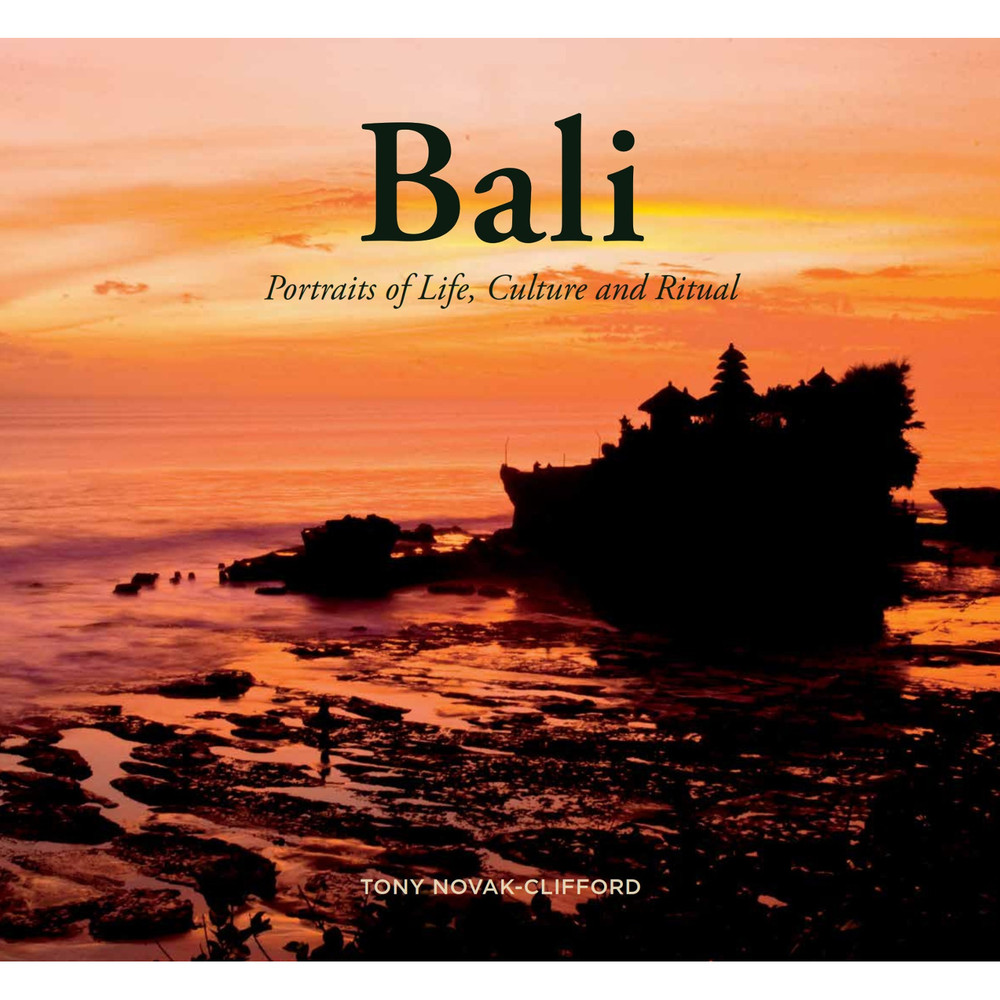 The Island of Bali, one of only a handful of places in the world where a rich and ancient culture survives intact into the 21st century, is now caught between two realities—its role as a booming international tourism destination and the struggle of the Balinese to maintain their ancient religious traditions. Steeped in mysticism, ritual and ancient pageantry, the island remains largely uncorrupted by influences from abroad.

Photographer Tony Novak-Clifford invites you to enter the remarkable culture of the Balinese—who practice their sacred duty to maintain spiritual balance and order on a daily basis. Through this collection of photographs, you will meet the people, visit their homes and temples, and join in their complex rituals of death, exorcism, and worship. Experience all this through the eyes of a man besotted by Bali's people as they quietly go about their daily lives of devotion.


About the Author:
Tony Novak-Clifford has spent the past 35 years chasing the light as a commercial, editorial and fine-art photographer. Tony has called the Island of Maui, Hawaii home since 1982 and the Island of Bali his "home away from home" since the mid-1980s, making annual sojourns to visit "the most gorgeous culture on the planet." He is intensely curious about the human condition, and his sense of wanderlust has led him to explorations throughout Indonesia, new Guinea, and Cambodia.