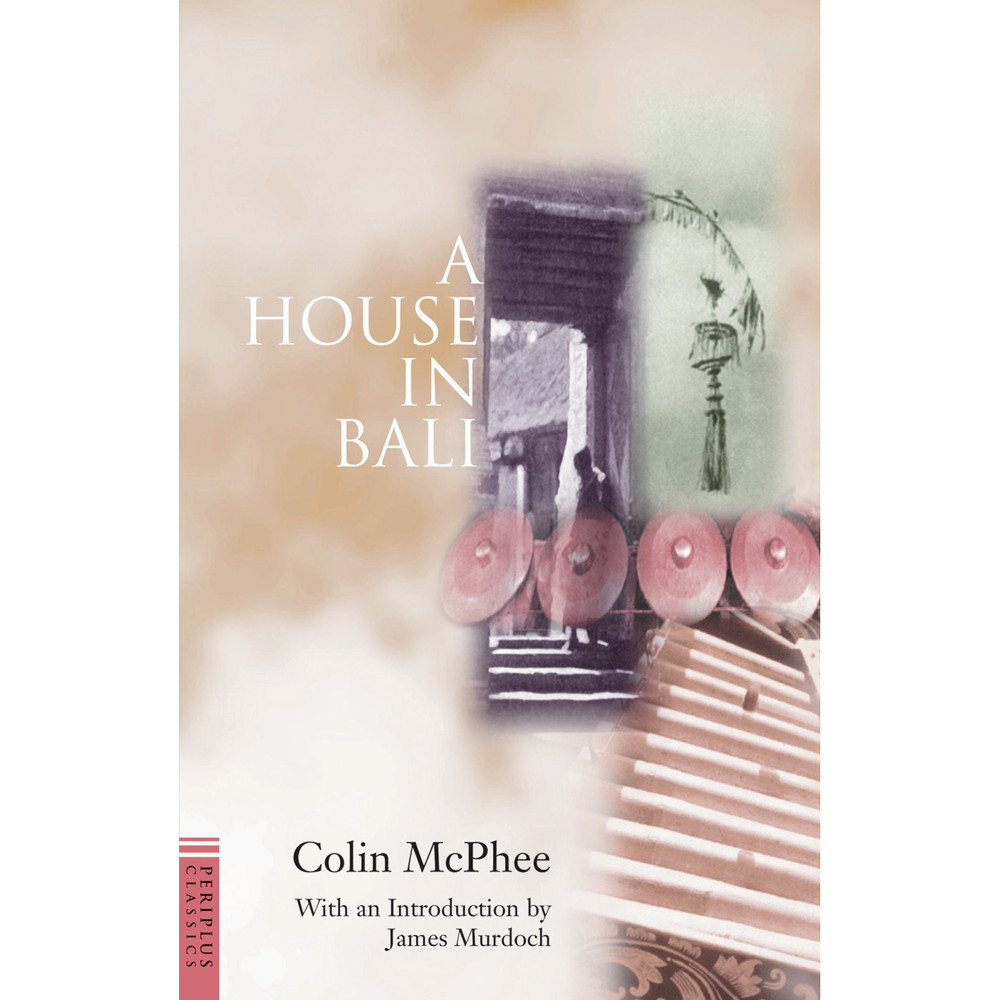 This is a book about passion, obsession and discovery in an amazing land, but also about the voyage of a highly talented composer and writer.

A House in Bali remains one of the most remarkable books ever written about the fabled island of Bali. This classic book tells the story of Balinese culture through a history of Balinese music.

First published in 1947, it tells the story of the writer and composer Colin McPhee's (1900–64) obsession with a music once unknown to the West, and of his journey to Bali to experience it firsthand. In 1929, the young Canadian– born musician chanced upon rare gramophone recordings of Balinese gamelan music which were to change his life forever. From that moment, he lived for the day when he could set foot on the island where the clear, metallic music originated. He was able to realize his dreams and spent almost a decade there during the 1930's. Music of Bali and dance, as McPhee discovered to his delight, are second nature to the Balinese, and his subsequent writings and compositions proved seminal in popularizing Balinese gamelan music in the West.

In A House in Bali, McPhee unfolds a beguiling picture of a society long established, staggeringly poor in Western terms, but rich beyond belief in spiritual values and joy. The young composer writes about his discoveries of music in Bali and growing understanding of an astonishing culture where the arts are a prime preoccupation, and of the arts, music is supreme. Much has been written on Bali, but this classic work from 1947 remains the only narrative by a Western musician.


About the Author:
Colin McPhee left Bali in 1938 as the threat of World War loomed over the Pacific....