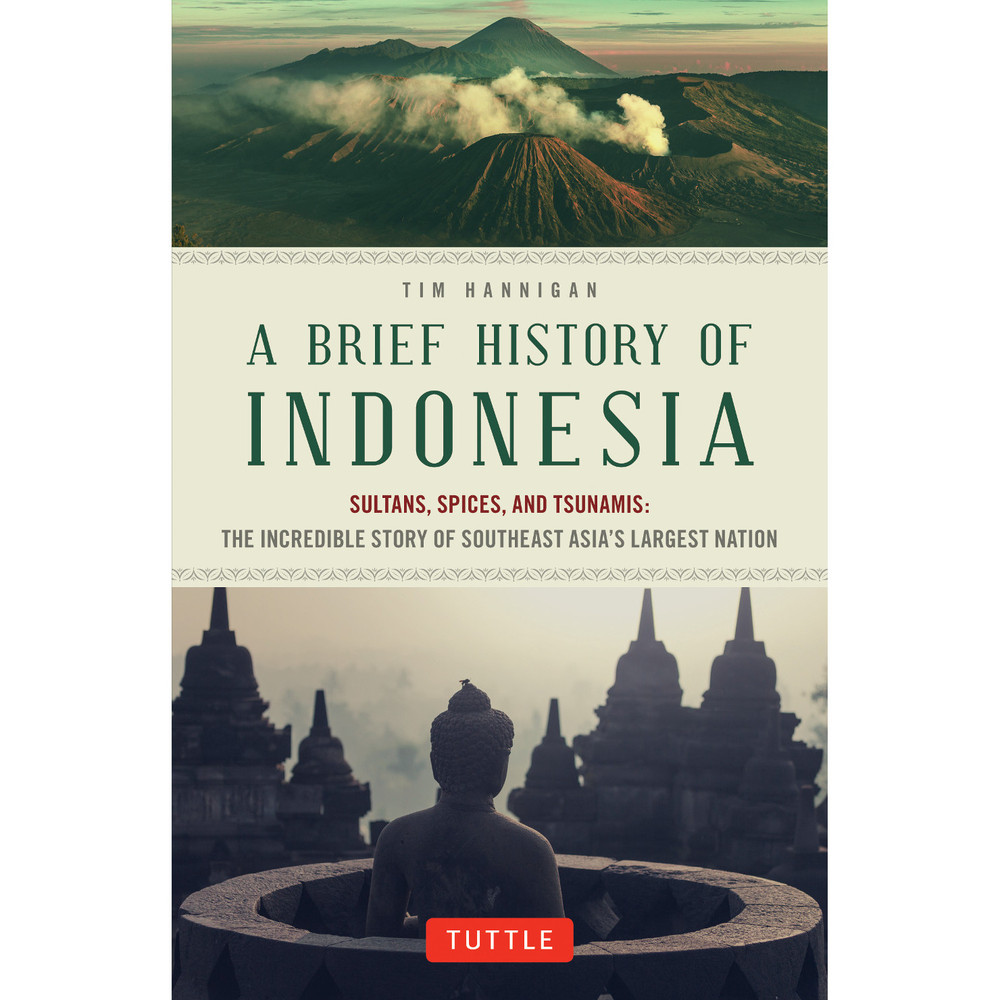 Sultans, Spices, and Tsunamis: The Incredible Story of the World's Largest Archipelago

Indonesia is by far the largest nation in Southeast Asia and has the fourth largest population in the world after the United States. Indonesian history and culture are especially relevant today as the Island nation is an emerging power in the region with a dynamic new leader. It is a land of incredible diversity and unending paradoxes that has a long and rich history stretching back a thousand years and more.

Indonesia is the fabled "Spice Islands" of every school child's dreams—one of the most colorful and fascinating countries in history. These are the islands that Europeans set out on countless voyages of discovery to find and later fought bitterly over in the 15th, 16th and 17th centuries. This was the land that Christopher Columbus sought, and Magellan reached and explored. One tiny Indonesian island was even exchanged for the island of Manhattan in 1667!

This fascinating history book tells the story of Indonesia as a narrative of kings, traders, missionaries, soldiers and revolutionaries, featuring rough sea crossings, fiery volcanoes, and the occasional tiger. It recounts the colorful visits of foreign travelers who have passed through these shores for many centuries—from Chinese Buddhist pilgrims and Dutch adventurers to English sea captains and American movie stars. For readers who want an entertaining introduction to Asia's most fascinating country, this is delightful reading.


About the Author:
Tim Hannigan's first book, Murder in the Hindu Kush (The History Press, 2011) was shortlisted for the Boardman-Tasker Prize. His second book Raffles and the British Invasion of Java (Monsoon Books, 2012) won the 2013 John Brooks Award. His features and travel articles appear regularly in newspapers and magazines in Indonesia and beyond.

A Brief History of China

A Brief History of Korea