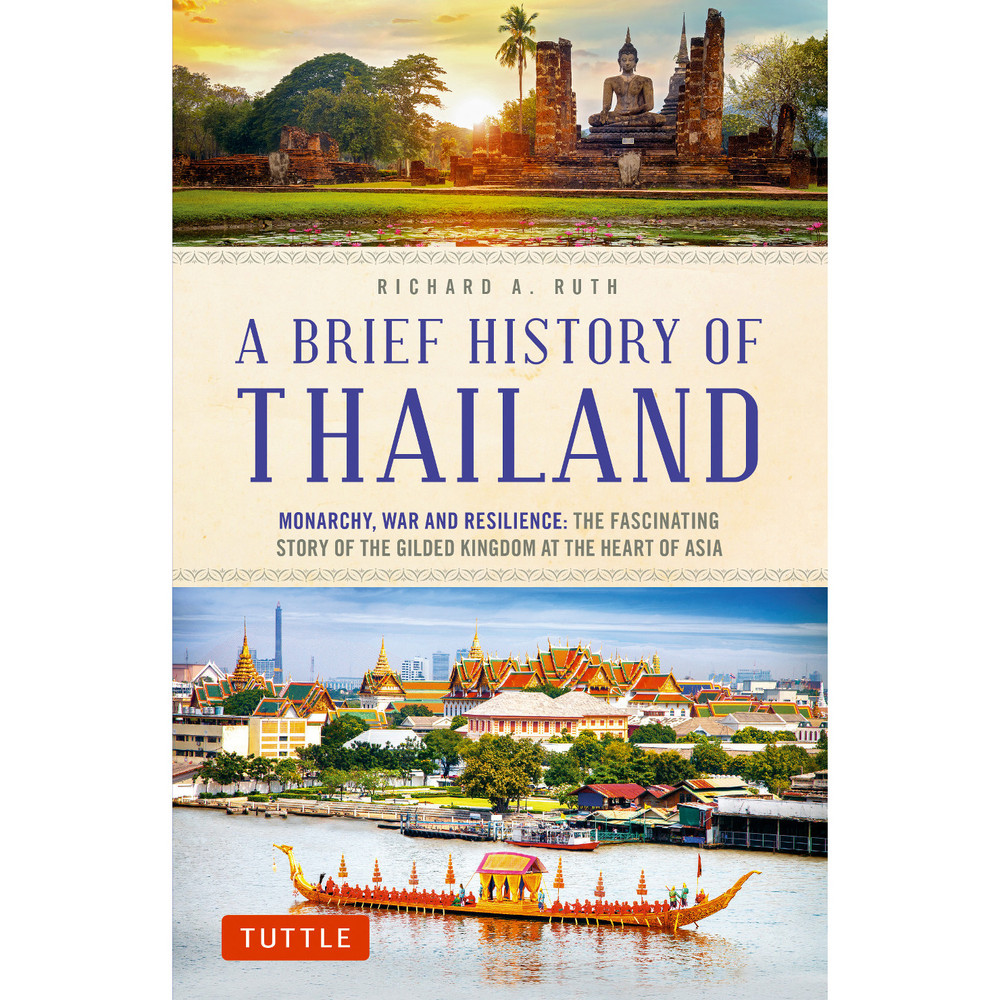 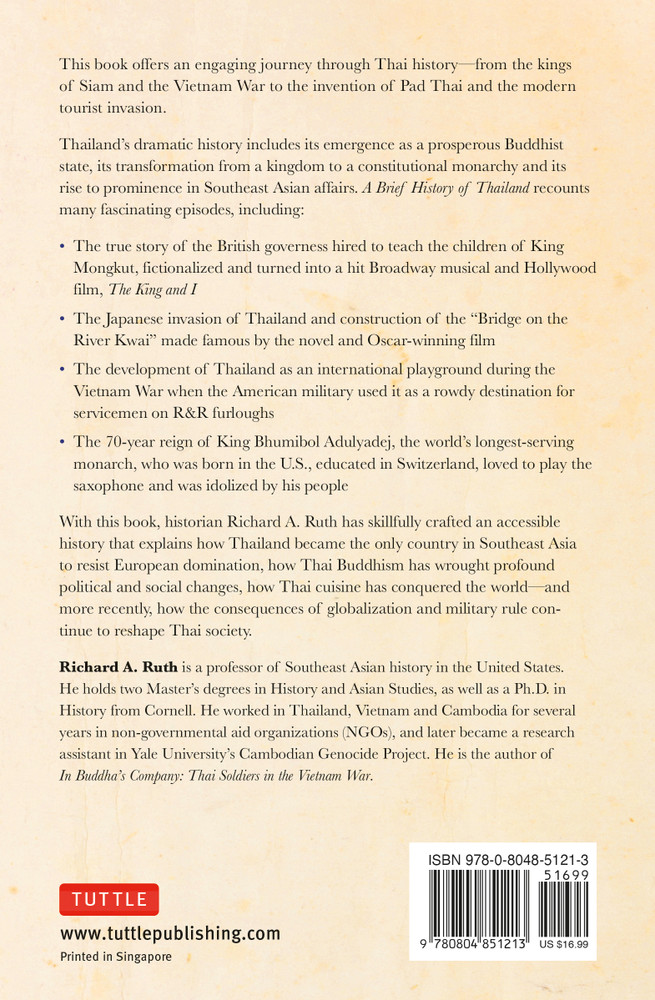 Thailand is known for its picturesque beaches and famous temples, but there's much more to this popular holiday destination than many realize.

A Brief History of Thailand offers an engaging look at the country's last 250 years--from coups and violent massacres to the invention of Pad Thai in the 1930's. Readers will learn the vibrant story of Thailand's emergence as a prosperous Buddhist state, its transformation from traditional kingdom to democratic constitutional monarchy and its subsequent rise to prominence in Southeast Asian affairs.

Thailand's dramatic history spans centuries of conflict, and this book recounts many of these fascinating episodes, including:
With this book, historian and professor Richard A. Ruth has skillfully crafted an accessible cultural and political history of an understudied nation. Covering events through the King's death in 2016, A Brief History of Thailand will be of interest to students, travelers and anyone hoping to learn more about this part of the world.


About the Author:
Richard A. Ruth is a professor of Southeast Asian history in the United States. He holds two Master's degrees in History and Asian Studies, as well as a Ph.D. in History from Cornell. He worked in Thailand, Vietnam and Cambodia for several years in non-governmental aid organizations (NGOs), and later became a research assistant in Yale University's Cambodian Genocide Project. He is the author of In Buddha's Company: Thai Soldiers in the Vietnam War.