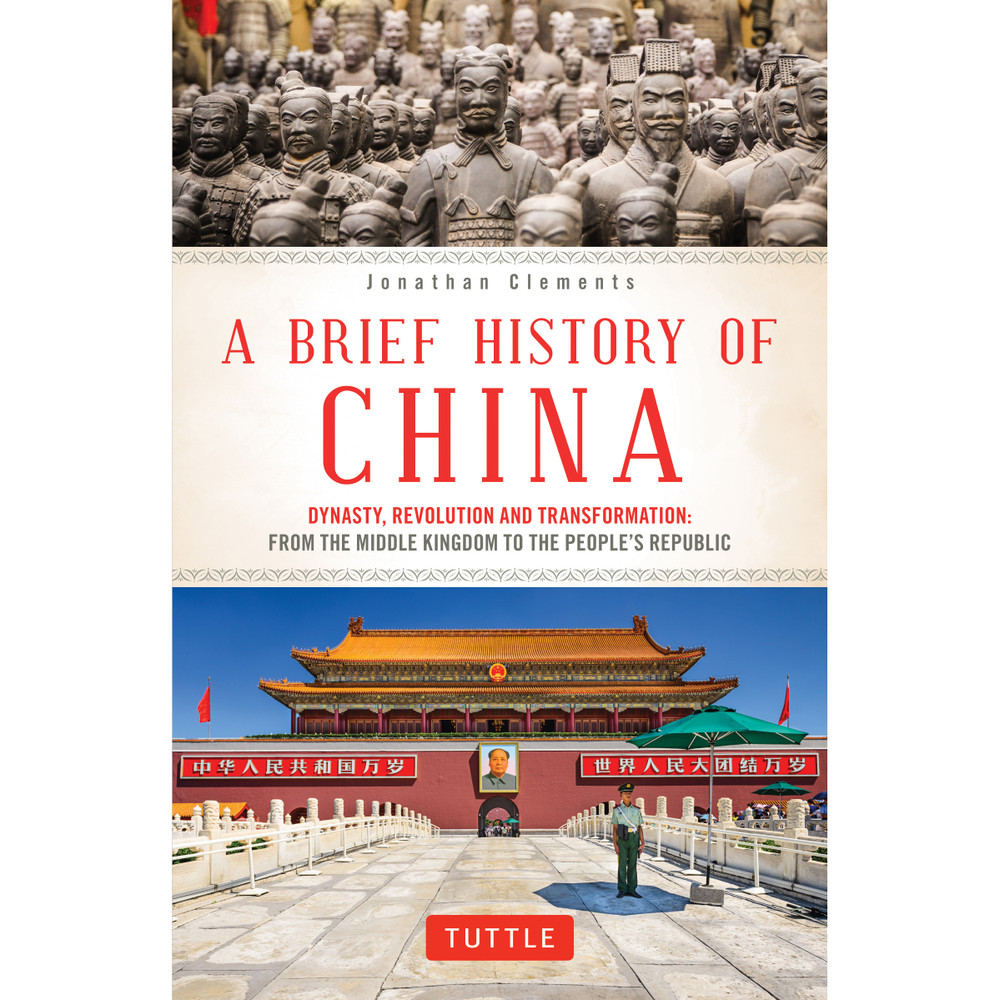 A comprehensive, yet entertaining look at China's history through a modern lens.

For millennia, China was the largest and richest nation on earth. Two centuries ago, however, its economy sank into a depression from which it had not fully recovered--until now. China's modern resurgence as the world's largest nation in terms of population and its second-largest economy--where 800 million people have been lifted out of poverty in the space of a few decades--is the greatest untold story of the 21st century.

A Brief History of China tells of the development of a rich and complex civilization where the use of paper, writing, money and gunpowder were widespread in ancient times and where silk, ceramics, tea, metal implements and other products were produced and exported around the globe. It examines the special conditions that allowed a single culture to unify an entire continent spanning 10 billion square kilometers under the rule of a single man--and the unbelievably rich artistic, literary and architectural heritage that Chinese culture has bequeathed to the world. Equally fascinating is the story of China's decline in the 19th and early 20th century--as Europeans and Americans took center stage--and its modern resurgence as an economic powerhouse in recent years.

In his retelling of a Chinese history stretching back 5,000 years, author and China-expert Jonathan Clements focuses on the human stories which led to the powerful transformations in Chinese society--from the unification of China under its first emperor, Qinshi Huangdi, and the writings of the great Chinese philosophers Confucius and Laozi, to the Mongol invasion under Genghis Khan and the consolidation of Communist rule under Mao Zedong. Clements even brings readers through to the present day, outlining China's economic renaissance under Deng Xiaoping and Xi Jinping.

What really separates this book from its counterparts is the focus on women, and modern themes such as diversity and climate change. Chinese history is typically told through the stories of its most famous men, but Clements' telling gives women equal time and research--which introduces readers of this book to equally important, but less commonly-known facts and historical figures.

Often seen in the West in black or white terms--as either a savage dystopia or a fantastical paradise--China is revealed in the book as an exceptional yet troubled nation that nevertheless warrants its self-description as the Middle Kingdom.


About the Author:
Jonathan Clements is the author of Christ's Samurai: The True Story of the Shimabara Rebellion, A Brief History of the Samurai, Modern Japan: All That Matters, Anime: A History and biographies of Admiral Togo and Prince Saionji Kinmochi. In 2016 he became the presenter of Route Awakening (National Geographic)--a TV series on historical icons of Chinese culture.