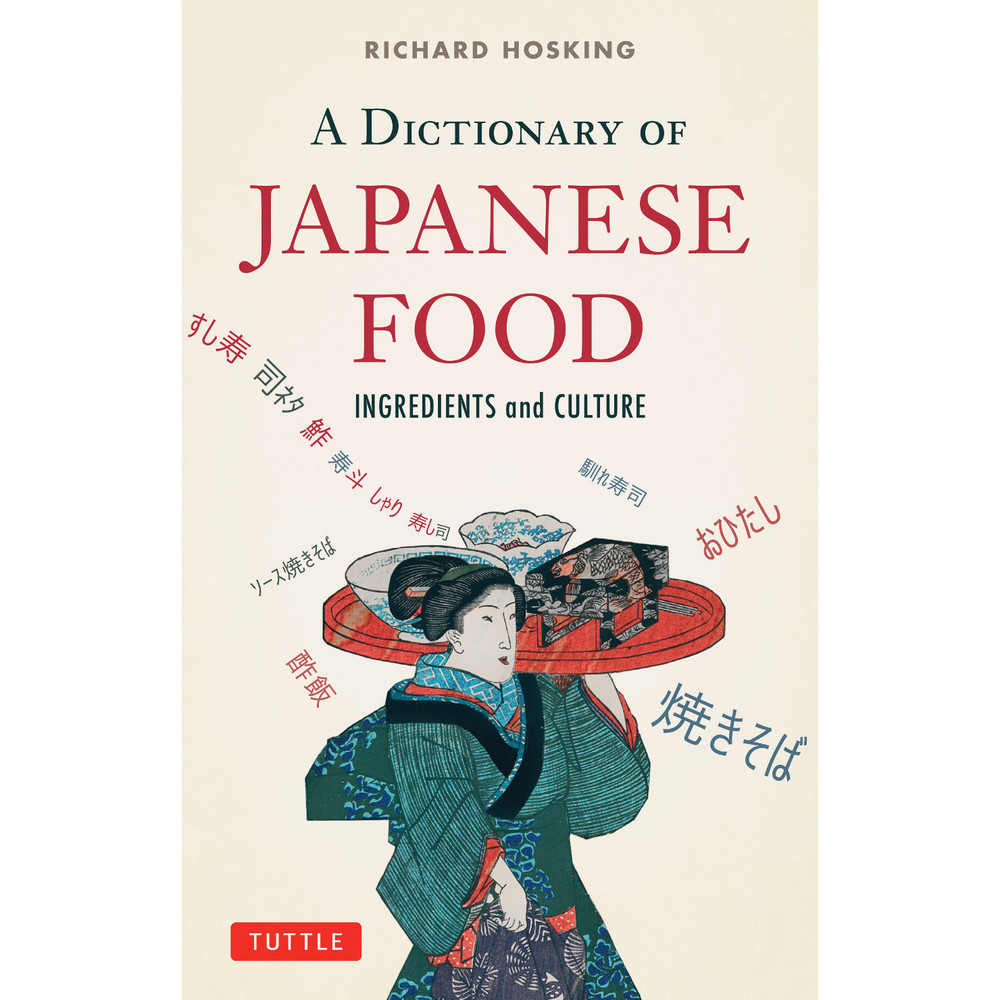 Nominated for the Glenfiddich Food Book of the Year Award, this timeless volume is the first and only book of its kind on the subject.

A Dictionary of Japanese Food helps food lovers around the world decipher the intricacies and nuances of Japanese cooking and its ingredients. Definitions in ordinary cookbooks and standard dictionaries--such as akebia for akebi, sea cucumber for namako, plum for ume--can be inadequate, misleading, or just plain wrong. Richard Hoskings eliminates the mystery by ensuring that each entry in the Japanese-English section includes the Japanese term in Roman script; the word in kana or kanji or both; a Latin name where appropriate; an English definition; and, for most entries, a short annotation.

The English-Japanese section defines relevant English food terms in Japanese and annotates those needing explanation. One hundred small line drawings make it easy for readers to identify everything from mitsuba to the okoze fish, and seventeen appendices address the most critical elements of Japanese cuisine, from the making of miso and the structure of the Japanese meal to the tea ceremony.

Newly typeset and featuring a fascinating and informative new foreword by Japanese cookbook author Debra Samuel, A Dictionary of Japanese Food will continue to help both food lovers, and visitors to Japan discover the wonders of one of the world's great cuisines.


About the Author:
Richard Hoskings holds an M.A. from Cambridge and is Professor of Sociology and English at Hiroshima Shudo University. He has lived in Japan since 1973 and has lectured on Japanese food around the world.