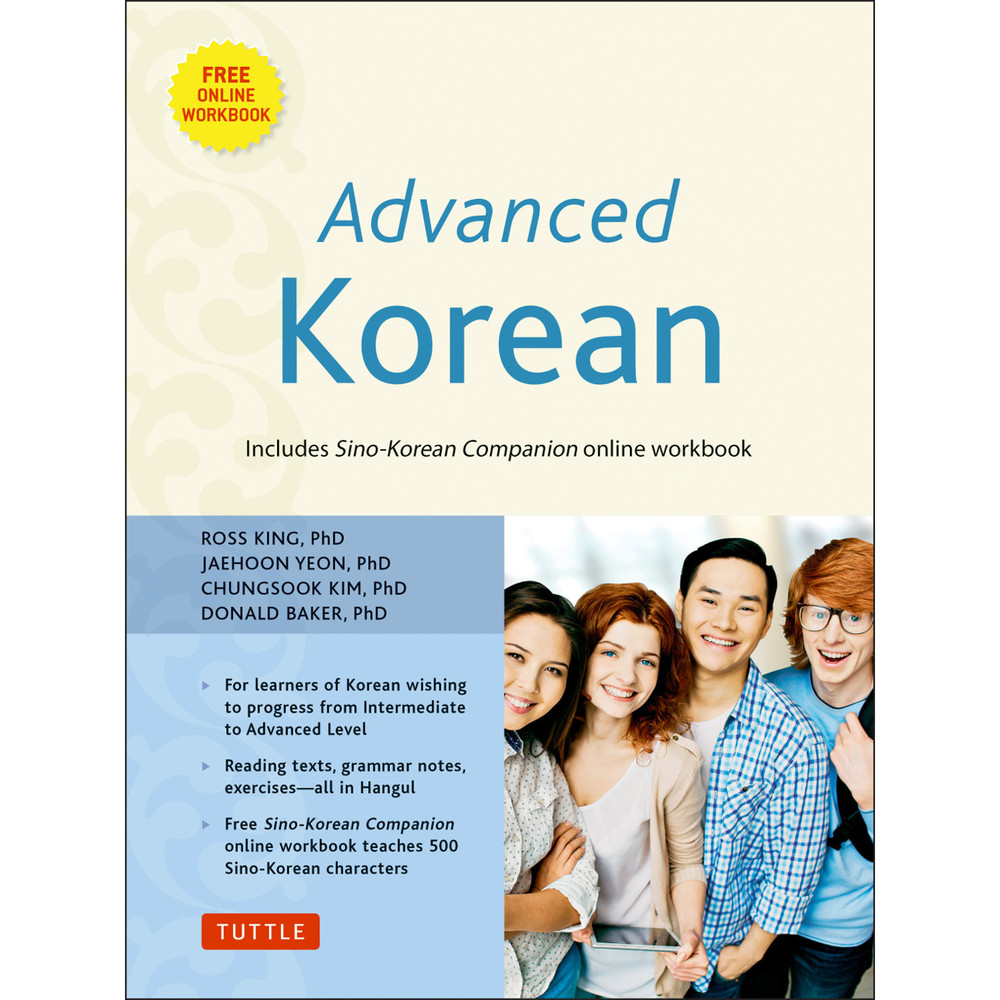 It is ideal for university students and adult learners with plentiful reading texts and written exercises, all in Korean Hangul. Concise Korean grammar notes in English, extensive glossaries, and an answer key make this book suitable for those studying alone, as well as for classroom use.

There are 20 comprehensive lessons, each with a reading text in which new language is introduced in context, followed by vocabulary, grammar points, and exercises. Lessons 5, 10, 15 and 20 are short reviews of the key structural patterns introduced. The focus is on written Korean, but the reading texts are not academic; they are breezy, chatty, and amusing, with illustrations.


About the Author:
Ross King, Ph.D., is Professor of Korean and Head of the Department of Asian Studies at the University of British Columbia. He completed his B.A. in Linguistics at Yale and his doctorate in Linguistics (Korean) at Harvard. Dr. King taught Korean language and linguistics at the School of Oriental and African Studies, University of London, from 1990 to 1994, before accepting his current position. Dr. King's research interests range from Korean historical grammar, dialectology and pedagogy to the language, culture and history of the ethnic Korean minority in the former Soviet Union. He also serves as Dean of the Korean Language Village at Concordia Language Villages, a Korean language and culture summer immersion program for young people ages 7 to 18 that is based in northern Minnesota.

Jaehoon Yeon, Ph.D., is Professor of Korean Language and Linguistics and Chair of the Centre of Korean Studies at the School of Oriental and African Studies (SOAS), University of London. He is the author of Korean Grammatical Constructions: Their Form and Meaning (Saffron Books, London) and the co-author of Korean: A Comprehensive Grammar (Routledge), Complete Korean: Teach Yourself (Hodder Education) and Integrated Korean: Advanced I, II (University of Hawaii Press). He has published many articles on Korean grammar and linguistics. He has been teaching Korean language and linguistics at SOAS since 1989. Dr. Yeon's research interests include a wide range of Korean linguistics (especially morpho-syntax) and linguistic typology, Korean language pedagogy, and translation.